This afternoon, I attended a round-table discussion sponsored by the Alternative Health Cluster and 3CPNet, about tobacco regulation and taxation. Venue was the Oxfam-Manila office.

There are at least three taxes imposed on cigarettes and other tobacco products: excise tax, value added tax (VAT) and local government taxes. For imported cigars and cigarettes, there is a 4th tax, import tax and duty.

The "sin taxes" or taxes on "sin" products, aka "public bads", that people are talking about, that are being discussed in Congress, refer only to excise tax. Such tax measures do not include or touch the two or three other taxes on those products, namely the VAT, local government taxes, and import tax.

Currently, there are four tiers of taxes on cigarettes in the country. The cheapest brands are slapped with P2.70 per pack, and the premium, more expensive cigarettes are slapped with P28 per pack. This multi-tier tax rates is an opening for loopholes and will definitely invite cheating in tax payment, in connivance with government tax assessors and collectors, namely the BIR people.

The important tax reform in this sector therefore, is to introduce only one tier or one specific tax for all types and brands of cigarettes, from the cheapest to the most expensive ones. Two House Bills propose a P30 per pack flat rate.

I think this rate is a rational and optimal one. Some can propose that the tax should be "as high as possible", perhaps P500 or P1,000 per pack, in order to drastically drive people away from smoking. This is not going to happen. The higher the tax, the higher the incentive to cheat, to resort to smuggling. As long as the demand is there -- people who smoke even if they are fully aware that smoking is bad for their health -- supply will also be there. So higher tax rate, higher smuggling incidence, and more people will still be smoking with cheaper, smuggled cigarettes.

So we should be looking for that "optimum", not maximum, level of tobacco tax. A P30 or P40 per pack, flat rate, should be fine. It is considered as "optimal" because (1) it will help raise tax revenues for the government -- so that income tax cut, if not income tax abolition, can be introduced someday, and (b) it will not encourage more smuggling.

Being a non-smoker (I tried smoking in the past, but my tongue simply rejects it, so I have not finished smoking even a single stick of cigarette all my life), I have little or zero sympathy for smoking. But I also recognize that people own their lives. If they wish to smoke and smoke -- and over-drink, over-eat, over-sit, etc. -- it's up to them. Somehow they should know that such abuse of their body will attract some undesirable bacteria, virus or other diseases into their body soon.

Taxation and other forms of government regulation can only achieve so much. I would add that a tax-hungry government can actually be jumping with joy (but silently, of course) if there are more people smoking because that would mean more tax revenues. So government is not the best institution to rely on to tell people to control or quit smoking. Individuals and civil society groups campaigning for tobacco control should instead go straight to the public, approach schools and universities, public and private, to spread awareness to students that smoking is not good for their health and that it can be addicting. Cut the demand, and supply will soon be cut.
----

There is this interesting news report today in NYT, In Japan, Pfizer Is Short of Drug to Help Smokers. Japan's government imposed a tobacco tax hike law in December 2009, and its implementation would be in October 2010. A pack of cigarette in Japan was selling for 300 yen, about $3.60. By October 1, it jumped to over 400 yen, including 70 yen in taxes. 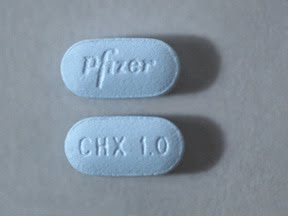 This tobacco tax hike plus various strict regulations and restrictions on smoking made thousands of Japanese smokers to consider quitting. It is estimated that some 130,000 Japanese die each year on average due to tobacco-related illnesses. Pfizer's Chantix was a blockbuster anti-smoking drug there. But not totally.

Prior to October 2010, Pfizer was selling the drug to about 70,000 patients a month. By September 2010, or a month before the tobacco tax hike, demand rose to 170,000 persons, and went much higher the next month. And Pfizer did not have enough supply for the huge increase in demand, resulting in many grumbling Japanese would-be-smoking-quitters. 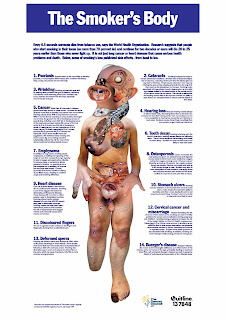 There are two important factors why the Japanese government raised the tobacco tax, and would be raising it further in the near future. One is the high incidence of tobacco-related deaths among Japanese people. And two is the high budget deficit and high public debt that requires more tax revenues.

One may say that Pfizer is only capitalizing on the growing health consciousness of many people and the awareness to limit, if not quit, smoking. Well, that's how business works. Where there is a new demand, big or small, just supply it and make money from it.

Meanwhile, this is one of the few instances where government taxation can help promote public health.
------