One of the important premises of the population control policies by many governments and the officials of the multilateral and foreign aid institutions, is that when an economy or country is poor, it is not Ok, not good, that its population is expanding fast. But if the economy is developed, it is Ok, even encouraged, that its population show grow, fast whenever possible.

Here's a graph from The Economist, May 5th 2011 issue; its original data coming from the UN. The graph says that such premise is mostly wrong; or whatever population control policies and programs by the respective governments and the UN + foreign aid bodies, would be a failure.

The population of poor economies Nigeria, Tanzania, Congo, Afghanistan and India would be rising so high by 2050, until 2100, except India which is expected to have a population drop in 2100, but still at a high level of more than 1.5 billion then. The US would probably be the only rich and big country that will experience a rising population.

Could it mean that AIDS and other killer diseases in many African countries would be defeated, so that mortality would have declined significantly while birth rate remains very high, so that the net population (birth - death + net migration) would be very high.

And another graph also from The Economist, May 13th 2011 issue, the pyramid by age of world population until 2100.

The message is very clear: life expectancy will continue to increase, meaning people would be dying at a later age. And all those talks of "more and more people dying because of poverty and expensive medicines/treatment" would be slam-dunked as false.

What are the implications of the two graphs above, in relation to population control policies, like the proposed Reproductive Health (RH) and Responsible Parenthood (RP) bill in Philippine Congress now?

1. Responsible parenthood cannot be legislated, parental decision will prevail over government and politicians' decision with regard to the size of household. Otherwise, the population of Germany, UK, France, Japan and other rich economies would be rising because of the various subsidies and entitlements given by the governments of those countries for their citizens to produce more offspring. And the population of Nigeria, Congo, etc. would be declining because of the various "free" condoms, pills, injectibles, sex education and other government-sponsored interventions.

2. As the average age of people around the world is rising, meaning there will be more senior citizens, more pensioners, more ageing people requiring longer and more expensive healthcare, the need for more younger workers and entrepreneurs to sustain the needs and subsidies for the older people, should also rise. But what if, because of population control policies, the population of the younger people will only stabilize, if not decline, who will work more to sustain the oldies -- robots, migrant workers, trained animals, or younger government bureaucrats themselves?
--------

Around 3rd quarter of last year, China overtook Japan as the world's 2nd biggest economy in terms of GDP size. The 1st place is held by the US economy always.

Source of graph is Bespoke Investment. H/t to Prudent Investor Newsletters, a Manila-based financial and free market blog that I regularly visit.

The other notable point from the above table is the slow but consistent rise in global market capitalization share of other Asian dragon or emerging economies. Date compared is from 01 January 2005 to 23 March 2011:

The combined share of the above 6 countries plus Japan over the same period, is from 18.43 to 26.58 percent, or an increase of more than 6 percentage points.

While certain economic "models" would have some bearing on such significant growth in market capitalization of the seven Asian economies mentioned above, one important factor is the huge population of China, India and Japan. More people, more entrepreneurs and workers; more producers and consumers; more sellers and buyers.

As productivity increases across sectors, a rise in per capita productivity multiplied by a rise in working age population would translate to more economic activities in those countries.

Another important reason why I do not support governments- and foreign aid-sponsored population control programs.
---------

(Notes: (a) This is my article today in thelobbyist.biz; (b) Pictures here are not part of the original article there; and related article here is Population policy: Big Govt or Big Church?) 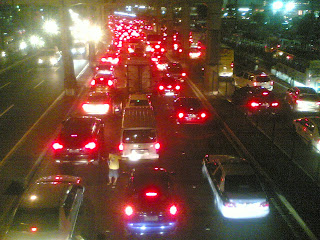 But many sectors do not see it that way. For them, more population means more houses and offices, more malls and shops, more cars and buses, more planes and ships, more power plants, more global warming, more ecological catastrophe.

Thus, their favorite proposal is to limit population, which in turn limit the growth of new houses and offices, new malls and shops, new cars and buses, which in turn limit the need for more power plants especially the “non-clean” energy sources, and they "save the planet." That is why the population scare is directly related to climate alarmism and ecological socialism movement.

There was a report last week, Planet could be 'unrecognizable' by 2050, experts say. It said,

The United Nations has predicted the global population will reach seven billion this year, and climb to nine billion by 2050, "with almost all of the growth occurring in poor countries, particularly Africa and South Asia," said John Bongaarts of the non-profit Population Council.

To feed all those mouths, "we will need to produce as much food in the next 40 years as we have in the last 8,000," said Jason Clay of the World Wildlife Fund at the annual meeting of the American Association for the Advancement of Science (AAAS).

"By 2050 we will not have a planet left that is recognizable" if current trends continue, Clay said.

The swelling population will exacerbate problems, such as resource depletion, said John Casterline, director of the Initiative in Population Research at Ohio State University…. 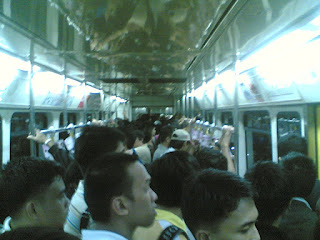 I think there is zero limit to human imagination and capability for continuous improvement and modernization. Before, 1,000 people would need probably at least 2 hectares of land area for housing. Now 1,000 people can have spacious housing in just 3 high rise condo buildings occupying just 1/4 of an hectare, with swimming pool, jogging path, gym, theater, convenience store, etc.

In agriculture and food production, traditional farming will need several hectares of land for vegetable production. Now even one-fifth (1/5) of an hectare can produce tons of vegetables per year with all-year round production via greenhouse and hydroponics farming. Even with heavy rains or prolonged drought, production continues, and the veggies are usually 100 percent organic as they do not need soil. Bacteria and fungi that attack leaves and fruits are generally soil-dwelling.

The population increase of the poor that those central planners are scared to see should not be seen as more people that need more government subsidies. Such planners and socialists have little concept or belief in more personal and parental responsibility. For them, almost everything is government responsibility: education, healthcare, housing, pension, transportation, environmental protection, and so on.

The poor generally do not seek “government welfare” as they see that there are tons of bureaucracies and political interventions before they can enjoy whatever is given. The poor can start an ordinary food shop, barbeque stand, barber shop, vulcanizing shop, and many other micro entrepreneurial projects. But governments always say that all those initiatives are illegal and prohibited, unless the would-be entrepreneurs would first get various permits, licenses and certifications and pay the corresponding taxes and fees from the village, city/municipality and national government agencies.

And this is the main cause of poverty: prohibiting productive activities unless there is blessing and approval by the central planners themselves.

Socialists are generally unproductive people. Not engaged in any productive enterprises that rely on voluntary exchange between sellers and producers. Thus they are concentrated in government bureaucracies, national and international like the UN, or big international NGOs like WWF, producing tons of papers of new studies that justify more regulations, prohibitions and taxation, to "save the planet."

Who will "save humanity" from such huge army of international do-gooders who rely 100 percent on tax money?
--------
See also Part 2 of this discussion series.
Posted by Bienvenido Oplas Jr at 9:59 PM