I am a fan of extremes. Extreme speed, like the fastest cars, fastest motorcycles, fastest drivers, fastest cyclists, fastest sprinters, runners and marathoners; extreme height like the tallest buildings, highest swimming pool and restaurant, tallest bungee jump, and so on. Or extreme strength like the strongest weightlifters, strongest and fast boxers, world's strongest man competition, and so on.

The fastest sprinter and runners are not alone. They have a huge team of support professionals, like their various coaches, sports physicians, masseurs, dieticians, and so on. The fastest cars and drivers on Formula 1 are able to make it because of several dozen support professionals in their teams. Notice that a pit stop would involve about 18 men for one car alone, to allow the car and the driver to change all 4 tires, to refuel nearly 100 liters, in just 8 seconds or less.

Builders of the tallest buildings in each country are on the category of extreme people. They have to assemble the most talented architects and engineers, get the most stable and strongest construction materials available, to build the tallest residential or office condo in each country. 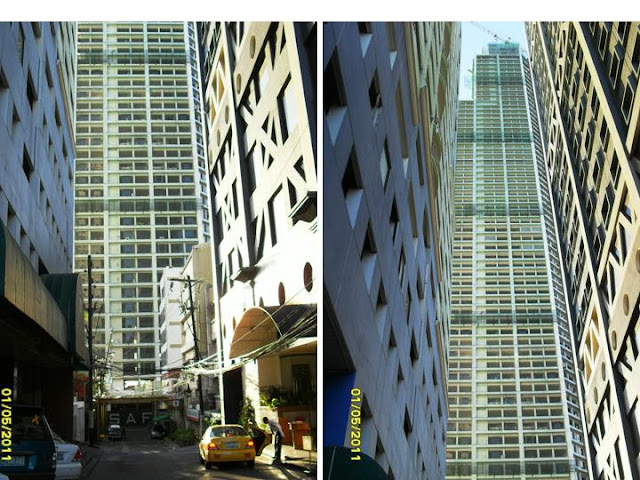 Anyway, this building still under construction in Makati City, should be the tallest building in the Philippines once it's finished. It's the Gramercy Residences, owned by Century Properties, along Kalayaan Ave., Makati City. I took these photos last weekend. This 76 storeys structure is too high if viewed near its foot.


Another view, from the 25th floor of Millennium Plaza, a building beside it. My sister in law lives in a studio in this building.

Another set of residential buildings on one side near the Gramercy, the A-venue Suites. These buildings are finished already. 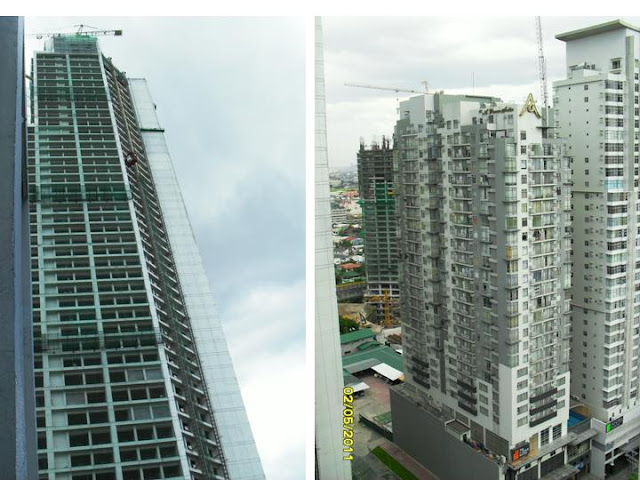 Top view from the website of the Gramercy. It's the building on the right.

Lower photo is that of Bel Air village and some of the buildings along Sen. Puyat Ave. (formerly Buendia Ave.) A good view in front of the Gramercy. 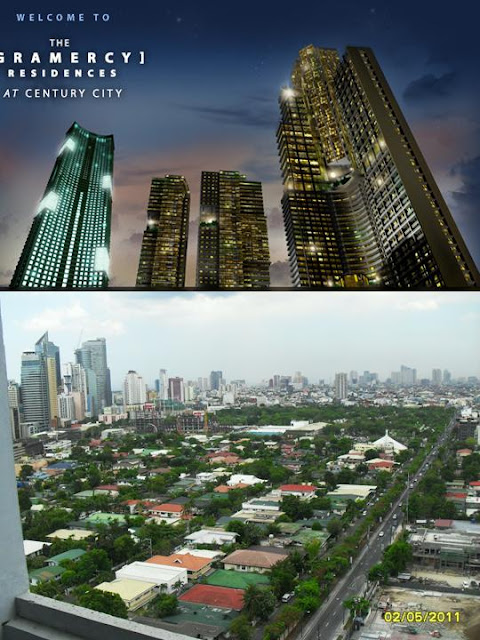 I am not rich to buy any unit in those modern and tall condo buildings, I can only write about them. And this post is not an "endorsement" of the condo. Rather, this post is to further drive my point: some guys with extreme talent and extreme ambition were never inspired by governments, the UN and their endless mantra for "social equality". To force equality would mean over-regulating, over-taxing those with extreme ambitions in order to subsidize those who have little or zero ambition in life. Also to sustain a huge army of people in the bureaucracy whose main "skill" is to over-regulate the ambitious and over-subsidize the zero- or non-ambitious.
Posted by Bienvenido Oplas Jr at 11:21 PM

Isn't this part of some kind of city within a city, my fiancee told me about? Something about an old army base that's being converted to condo buildings, shops, and will have city services that are their own, and not the actual city services.

A blog post about the hows and whys of such a development would be really interesting.

There I found the name finally...Fort Bonifacio Global City.

Hi Todd. No, it's not Fort Bonifacio Global City. That place is huge, about 200 hectares. This one is "Century City" by Century Properties, should be composed of only about 4 buildings, around 4 hectares area only.

Metro Manila is getting more expensive, partly because of the high and multiple business-related taxes and fees imposed by both national and local governments. Buildings that are 40 storeys or higher are becoming more "common".

Thanks for the info. I commend the construction services of that tallest building.