Climate Tricks 16: On GMST, the Sun, GISS, HadCRU, and Coal

I am reposting several graphs from four different sources below about the "alarming" global warming in the planet.

IPCC’s climate model prediction for a global warming of about 0.2 deg C per decade for the next two decades is contrary to the observed climate pattern....

Note that for the parameters of the model given in Equation 1, the Residual GMST from 1885 to 2011 shown in Graph “b” has zero mean and zero trend. The result shown in Graph “e” indicates the cooling of the Multidecadal Cyclic GMST until about 2030s. This result suggests La Nina conditions will dominate in the next twenty years. Finally, Graph “f” demonstrates there was no change in the climate pattern before and after mid-20th century, contrary to IPCC claim.... 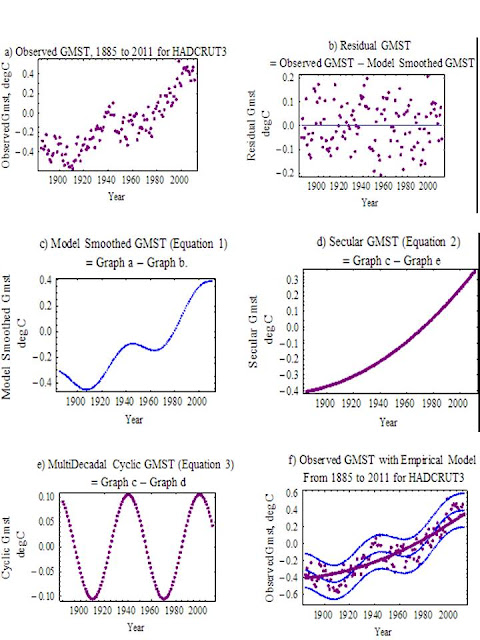 The latest solar cycle update graphs have been released by the NOAA SWPC today, and the anemic cycle 24 continues (upper graph)
The current count isn’t keeping up with the prediction line in red. Not only is the sunspot count low, so is the 10.7cm radio flux and the Ap magnetic index (lower graph). 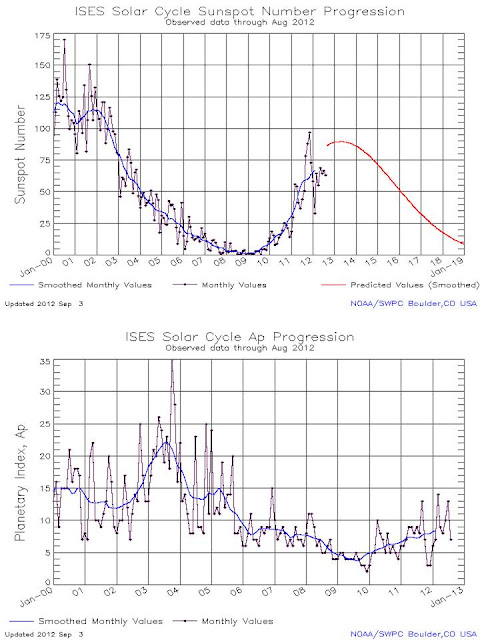 In Fig. 2.1 I show the percentage of the NH land areas that Hansen et al. calculated to be above the TMean 3-sigma threshold for 2006 to 2011 (black-filled circles). The next curve (gray-filled circles) is the same calculation, using the same base period (1951-1980), but using TMax from my construction from the BEST station data. The correlation between the two is high, so broad spatial and temporal features are the same. However, the areal coverage drops off by over half, from Hansen’s 6-year average of 12 percent to this analysis at 5 percent...

According to the global temperature chart below (Fig. 2.2), one could make the case that his comment apparently means he hadn’t anticipated how bad his 1988 predictions would be when compared with satellite observations from UAH and RSS... 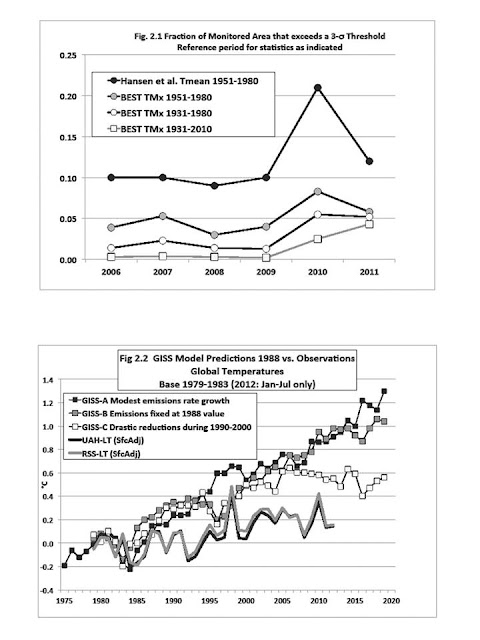 4. From Steven Goddard,
Southern Hemisphere Sea Surface Temperatures Declining For 16 Years,
September 3, 2012 (above photo) and
Climate Models Falsified By Their Own Standards, September 1, 2012 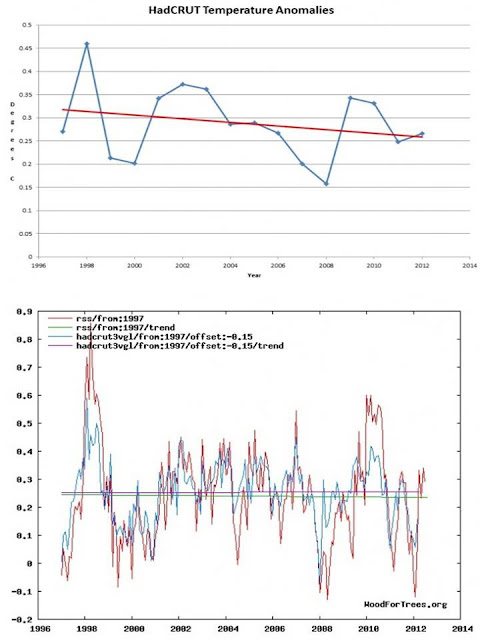 5. Finally, from No Tricks Zone,
“Thing Of The Past” Now A Thing Of August! Snow Blankets Alps Down To Less Than 1600 Meters! (above photo) and
Forbes: “Germany — Insane Or Just Plain Stupid?” (lower photo). 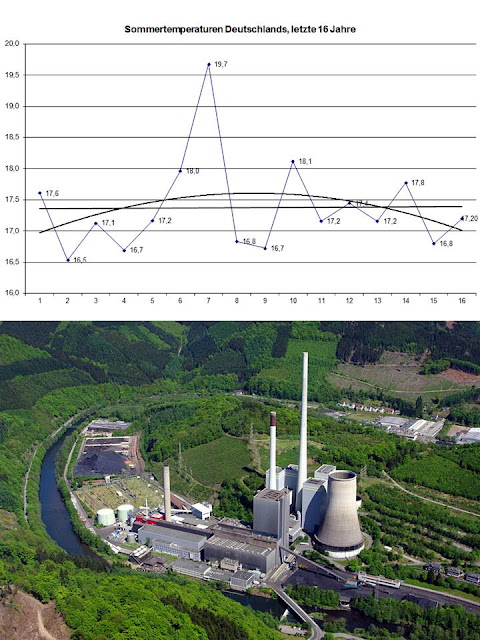