Counterfeit Drugs 7: WHO, InterPol and IFPMA on SFFC

The spurious/falsely-labelled/falsified/counterfeit (SFFC) medicines or simply counterfeit medicines is a big public health problem. Patients who take such fake and/or substandard drugs will not experience improvement from their illness unless their immune system is strong enough. At worse, their condition might even worsen as the disease can mutate and evolve into something more complicated, and can even result to death. 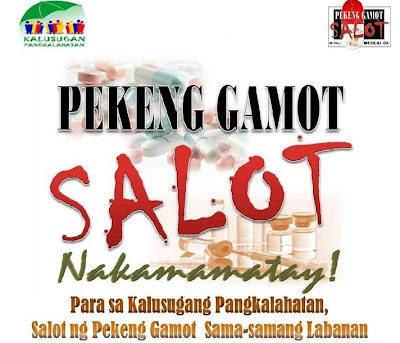 While the more commonly faked medicines are those patented or newly-introduced ones and hence, are priced high, even cheaper but popular generic drugs are also counterfeited. The Department of Health (DOH) and the Food and Drug Administration (FDA) are also raising public awareness of this problem, like this DOH poster.

At the World Health Organization (WHO) website, this basic information is posted. 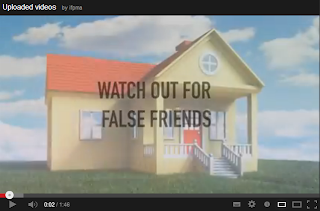 Recently, the International Federation of Pharmaceutical Manufacturers and Associations (IFPMA), based in Geneva like the WHO, produced a short video clip about the danger of SFFC medicines, Watch Out for False Friends.

Some of the points mentioned by the WHO above were reiterated there. It also highlighted that some 124 countries are impacted/affected by these fakes, and 532 products have been counterfeited. The longer, 3:30 minutes version, is found here.

These fakes that are dangerous to public health are being exposed by certain civil society organizations including the federation or association of pharma companies themselves, both innovator and generic. And there is a big role for the government here, when civil society effort are not enough and a bigger, wider network of government agencies, local and national, armed (the police) and non-armed, are needed. After all, the main function of government is to promulgate the rule of law, including the law against stealing the intellectual property of certain companies like trademark, patent and copyright.

The former Executive Director of PHAP, Reiner Gloor, wrote a paper about this subject a few months ago. He discussed the role of the Interpol, in coordination with country governments, drug manufacturers and civil society organizations, in battling this global crime. For instance,


In 2012, an Interpol-supported initiative spanning 100 countries aimed at disrupting the organized crime networks behind the illicit online sale of medicines, resulted in some 80 arrests and the seizure of 3.75 million units of counterfeit medicines worth $10.5 million.

Interpol in fight vs fake medicines

FAKE MEDICINES are found everywhere in the world. Emerging economies like the Philippines, as well as highly developed countries with strong regulatory systems, have fallen victims to pharmaceutical counterfeiting.

In the Philippines, close coordination between the government and the pharmaceutical industry has resulted in the monitoring and seizure of counterfeit medicines in Metro Manila and some provinces. A multi-stakeholders alliance advocating patient safety called the Safe Medicines Network has also been established to help the government in the campaign against fake medicines.

However, putting an end to medicine counterfeiting requires global collaboration to dismantle organized crime groups that endanger the health and lives of patients around the world.

In strengthening law enforcement’s response to pharmaceutical counterfeiting on a global scale, the Interpol and 29 of the largest pharmaceutical companies recently forged an agreement that will focus on identifying and dismantling organized crime networks involved in the manufacture, distribution and sale of fake pharmaceutical products.

Interpol said that an important part of the partnership is to raise public awareness of the dangers of fake drugs, particularly for people buying medicines online. The World Health Organization (WHO) said that more than 50% of medicines purchased worldwide from illegal online sources are counterfeit.

The program will likewise feature training, capacity building, and targeted enforcement actions to build awareness of the issue, as well as to disrupt and dismantle the crime networks involved in the various types of pharmaceutical crimes such as counterfeiting, illicit sales or illicit diversions.

Interpol acknowledged that “no country, no drug, no medical product” is immune from counterfeiting. With this, the partnership aims to prevent all types of pharmaceutical crime including branded and generic drug counterfeiting.

Pharmaceutical crime involves the manufacture, trade and distribution of fake, stolen or illicit medicines and medical devices, Interpol explained. It encompasses the counterfeiting and falsification of medical products, their packaging and associated documentation, as well as theft, fraud, illicit diversion, smuggling, trafficking, and money laundering.

In 2012, an Interpol-supported initiative spanning 100 countries aimed at disrupting the organized crime networks behind the illicit online sale of medicines, resulted in some 80 arrests and the seizure of 3.75 million units of counterfeit medicines worth $10.5 million.

That the same year, fake medicines entered the US market via Great Britain, Denmark and Switzerland. The counterfeit version of a cancer drug that contained no active ingredient was shipped by a Turkish trader to six countries in three continents.

In the Philippines, the customs bureau announced last year the confiscation of two vans loaded with P400 million worth of fake items, including 130,000 counterfeit anti-cough capsules. The counterfeit items were confiscated at the Port of Manila and were said to have originated from China.

The International Federation of Pharmaceutical Manufacturers and Associations Medicine (IFPMA) said that counterfeiting is first and foremost a crime against patients. Counterfeit medicines pass themselves off as genuine, posing a global public health risk, leading to resistance to treatment, illness, disability and even death.

Interpol said that counterfeit cough syrup and other medicines laced with diethylene glycol have caused eight mass poisonings around the world including Panama in 2006 where more than 100 people died, many of them children. In 2012, some 109 heart patients in Pakistan died after taking fake medicine.

Counterfeit medicines are falsified versions of patented medicines, generic medicines or over-the-counter medicines and they exist in all therapeutic areas (even traditional medicine). They range from medicines with no active ingredients to those with dangerous adulterations.

WHO generally labels them as spurious/falsely labeled/falsified/counterfeit (SFFC). SFFC medicines are those that are deliberately and fraudulently mislabeled with respect to identity and/or source, said the WHO. They may include products with the “correct ingredients or with the wrong ingredients, without active ingredients, with insufficient or too much active ingredient, or with fake packaging.” The WHO warned that their use may result in treatment failure or even death.

The IFPMA clarified that not all substandard medicines are counterfeits. A medicine which is approved and legally manufactured but does not meet all quality criteria is substandard and may pose a significant health risk but should not be regarded as counterfeit. However, all counterfeits are, by their nature, at high risk of being substandard because they have not met recognized quality standards.

Counterfeit medicines have been found in about 124 countries, including the Philippines, and put everybody at risk. Counterfeiters have gone global either by directly penetrating the supply chain or through illegal online pharmacies. A global concerted action focusing on stricter law enforcement and strong public awareness will help ensure that lives will no longer be lost due to counterfeit medicines.
---------------