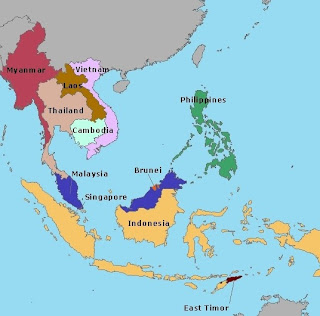 
I already like the current set up, especially the visa-free entry to visit any of the nine other members of the 10 member-countries of the Association of South East Asia Nations (ASEAN) for visits less than 30 days, or less than 15 days in some countries. Thus, it is very convenient for me and other Filipinos to visit Singapore, Kuala Lumpur, Jakarta, Hanoi, Bangkok and other cities in the region.

Once the AEC materializes, the flow of economic activities and movement of people among residents of the 10 countries will become even easier and simpler.

Economic freedom, people mobility across countries. To a certain extent, they are "ends" by themselves in terms of public policy. The challenge to advocates of free market and economic freedom is how to further expand this to cover not only our region but also to the whole Asian continent and later on, to the rest of the world.


Asia Driving the World: How leading ASEAN CEOs see the future of the fastest-growing region and beyond

The event is full with top ASEAN business leaders. They discussed broadly about the future of Asia, especially ASEAN, with the 2015 launch of the ASEAN Economic Community (AEC) expected to present huge economic opportunities for businesses both within the group's 10 member countries and beyond.

"Business Visions 2020" was the main idea of the discussion. These high-profile executives from all over the region shared their ideas on business perspectives, trends and the opportunities that lie ahead once the AEC starts in 2015. Nevertheless, several issues still have to be addressed.  With so diverse cultures, rules and regulations, a number of obstacles will have to be overcome if the region's economies are to be integrated into a single market. In particular, social inequality, local administration, governance and a number of other key issues will have to be tackled.

Timothy Ong Teck Mong from Brunei made several good arguments about the difference of ASEAN countries, yet the potential after better integration is huge.

For example, getting construction permits in Singapore took about 26 days; 110 days in Vietnam; and 652 days in Cambodia. In addition, applications for business start-ups in Singapore took three days; 47 days in Jakarta; and 101 days in Brunei and Indonesia.

More importantly, he said, the gap between Asean's poorest and its wealthiest citizens, measured in terms of per-capita GDP, was huge - a factor of almost 16, compared to a factor of just two in the European Union.

Business leaders agreed that other key factors for continued growth include good governance in both the corporate and state sectors, and social responsibility among Asian entrepreneurs to ensure that all members of society benefit.

The global financial crisis reinforced a sense that the world is "shifting East"—to Asia. The essential story of modern Asia is its unprecedented expansion of economic freedom, enabled by market liberalization. Economic freedom, however, remains substantially repressed across the region.

There are three key policy challenges to expanding economic freedom in Asia today. The first is to open up financial markets, which remain backward and repressed by command economy controls. The second is to renew trade and foreign-investment liberalization, which has stalled since the Asian crisis of the late 1990s. And the third is to open up energy markets, which, even more than financial markets, are throttled by government interventions.

Increasing Asian consumption of fossil fuels will increase carbon emissions. Mainstream advocacy of carbon reduction in Asia should be met with skepticism, given its potential to lower growth substantially. A far better approach is one based on adaptation to global warming through market-based efficiency measures.

Asia’s poorer economies should concentrate on "getting the basics right" for "catch-up" growth. These are "first-generation" reforms of macroeconomic stabilization and market liberalization. Asia’s middle- and high-income economies need to focus also on "second-generation" reforms—more complex structural and institutional reforms to boost competition and innovation. Diverse political systems can deliver catch up growth. But autocracies are badly fitted to deliver second-generation reforms for productivity- led growth. The latter demands a tighter link between political and economic freedoms.

The Asian miracle is not the product of superior technocratic minds who concocted successful industrial policies. Rather, freedom and prosperity bloomed on Asian soil because government interventions were curtailed and markets unleashed. Classical liberalism, however partially implemented, has worked in Asia. It is a system to which Asians should aspire.
Please see original website for full analysis:
http://www.cato.org/publications/policy-analysis/asias-story-growing-economic-freedom
------------

ASEAN countries should work together for further development to lessen unemployment rate.