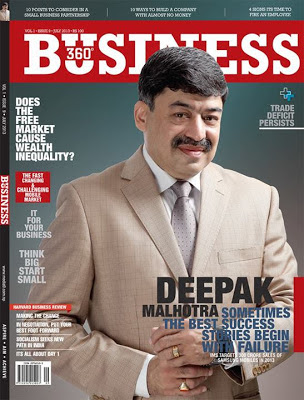 When people are given the economic freedom to choose to whom they can sell and buy, they become more efficient and more dynamic producers. This is because they have more choices from among many suppliers and producers from more countries, so they can get their necessary production inputs, from food and consumer items to raw materials to capital goods and machineries, that are cost-efficient and are of better quality to them.

On the contrary, when people have small or no economic freedom where to sell and buy their goods and services, they become less efficient. Less choices, less elbow room to adjust their production and marketing processes, and less consumers too.

That is why free trade – freedom to trade by the people, producers and consumers, sellers and buyers  alike – is always superior to trade protectionism and economic nationalism.

Below are two tables that can help illustrate these points. Hong Kong and Singapore, small economies with just seven million and five million people respectively, are able to export more than $400 billion of merchandise goods in 2011. In contrast, Afghanistan and Nepal with population of 30 million or more people, could not export even $1 billion that year.

Bangladesh is included in this list because it is next to India as Nepal’s neighboring trade partner. Malaysia and Afghanistan are also included because they have similar or comparable population size as Nepal.

There are geographical factors why Nepal and Afghanistan cannot export big, like their being land-locked countries, whereas Hong Kong, Singapore and Malaysia are generally coastal cities and countries and hence, shipment of goods and services is a lot easier.

But more than geography, it is economic and trade policy that is a bigger factor or explanation why some economies are more dynamic and more prosperous than others.

Below is a summary table of trade policy of six Asian countries. Nepal on the left and Singapore and Hong Kong on the right, make big contrasts in terms of trade policy.

Nepal has an almost autarkic,  no free trade policy especially for agricultural goods, even if it has been acceded to the World Trade Organization (WTO) since 2004. Its Most Favored Nation (MFN) duty-free imports was zero, meaning all imported goods are slapped with an import tax, whether at big or small rate. This definitely has adverse effect on local consumers and producers, they cannot get cheaper imported raw materials and machineries abroad. One result is that Nepal’s export is too small, just 0.01 percent of total world exports.

Bangladesh and India have similar degree of protectionism but not as strict or protectionist as Nepal’s policy. More than 21 percent of their agricultural imports are granted MFN duty-free status. Their levels of average import duties are also similar to that of Nepal.

In contrast, unilateral free trade economies Singapore and Hong Kong give MFN duty-free status to all of their trading partner-countries. All imports are allowed at zero tariff. The only goods that are regulated are those that can harm public health, like adulterated or poisoned food and drinks, counterfeit or substandard medicines, poisonous substances, guns and bombs, infected live animals, and so on. These two tiny economies are able to corner 2.24 to 2.5 percent of total world exports, a huge percentage share. 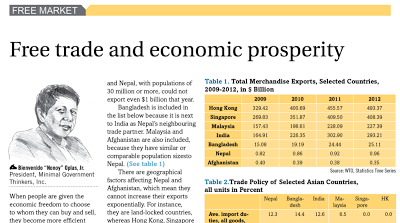 The main beneficiary of a free trade policy, unilateral trade liberalization policy to be exact, is not only the exports sector. The tourism and financial-related sectors also greatly benefit. People from around the world fly to Hong Kong and Singapore to buy certain goods that are not available in their own countries, or available but at higher prices due to high import duties. The airlines, hotels, restaurants, malls, souvenir shops, theme parks, banks, other sectors, are able to optimize this huge influx of visitors and convention participants from many countries around the world.

Free trade means free individuals. Producers and consumers who are free to sell and buy various  products and services to and from many people, locals and foreigners alike. It is a cool formula to uplift people from poverty and underdevelopment.
---------------