The Food and Drugs Administration is technically a very powerful government agency because it can say Yes or No to the introduction of new medicines and vaccines, innovator or generic; new food supplements and drinks; new skin whiteners, boobs enlargers, soap and shampoo, toothpaste and lotions, medicines and vitamins for animals and fishes, medical and dental devices, and many other things.

So a vigilant and technically capable FDA can block the introduction of those “magic” tea/coffee or herbal drinks that can “prevent or cure all types of cancer, all types of cardiovascular diseases…” and penalize violators, those who introduced those “magical, cure all” products without FDA permission and make big money fooling the public and putting the health of some patients in danger . 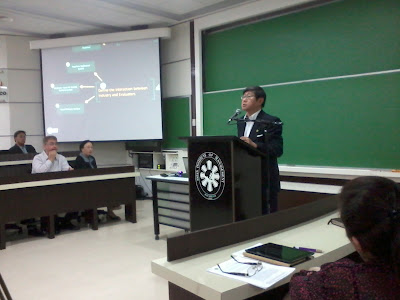 Yesterday, I attended a presentation by the FDA headed by its Director, Dr. Kenneth Hartigan-Go, held at the Asian Institute of Management (AIM) in Makati. The event was sponsored by the Medicines Transparency Alliance (MeTA) Philippines, in coordination with the Stephen Zuellig Center for Asian Business Transformation.

He presented this paper, but in powerpoint form. This blog post by the way, is 7 pages long including photos and illustrations, so enjoy. 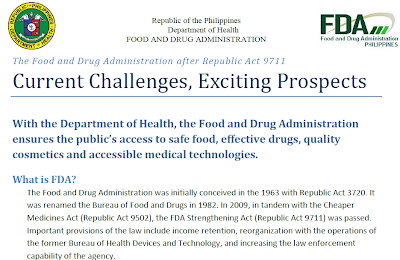 This paper is straightforward and frank. For one, it explicitly admits that the old FDA set was corrupt and fomented corruption. Hats off to the new FDA guys, led by Dr. Ken, for this admission. Undesirable acts can be corrected if the mistake is explicitly recognized in the first place. The paper said,

Why did the old FDA setup foment corruption? The old FDA is a web of misinformation, dead-ends and inconsistency. Companies who seek to be authorized encounter an ill-defined and dated body of regulations. With a bureaucratic process and indefinite deadlines, application turnaround times are known to exceed two years from lodging in of application to release of authorization. This alone translates to losses for companies who cannot operate and are forced to deal with overhead costs without revenues. In their efforts to avoid dealing with the FDA, middlemen (i.e. freelance regulation consultants) have risen to exploit the market of frustrated industry people taking advantage of the lack of transparency, inconsistency with regards to requirements and evaluation process, and the plain distance of the FDA from company offices in central NCR. While not all middlemen are unscrupulous, the agency’s tarnished reputation has been used as an excuse for the middlemen’s own shortcomings. Unfortunately, the old FDA cannot refute the allegations for it is all true – the process is corrupt, the system is sclerotic and the leadership wanting. 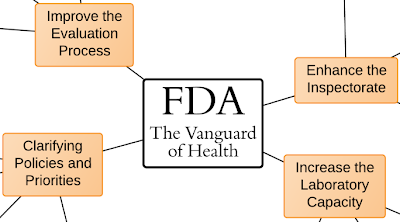 These are the four core reforms that the FDA is banking on. And each major heading has many parts or action items.

On (1) Improving the evaluation process, I was very happy to see those “paperless application”, “electronic payment”, “online application guidelines”, “automated renewal of licenses”. Yes, show the paper trails, remove or minimize the face to face interaction between the regulator and those regulated. Transparency alone reduces the itch for corruption and actual commission of corrupt practices. 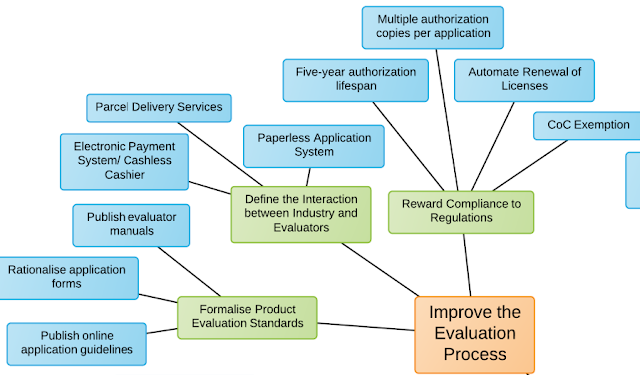 On (2) Enhancing regulatory inspection, FDA is getting serious on having rule of law, it is one big good news. Make the inspectors more technologically sophisticated and accountable, more bold, prepared and even armed, and have a strong legal team, prosecute violators. 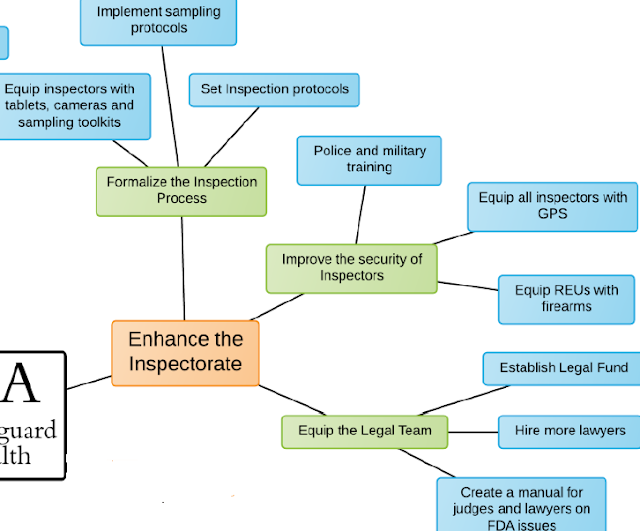 In a brief open forum after Doc Ken’s presentation, I spoke and lauded this new move. FDA is saying to potential violators that “Go ahead, sell and distribute fake or substandard medicines, adulterated foods, etc. and face our lawyers.” The threat of being legally prosecuted when found violating the rules is a stronger deterrence than pre-business inspections.

On (3) Increasing laboratory capacity, I don’t have any comment as this is a technical aspect of inspections. 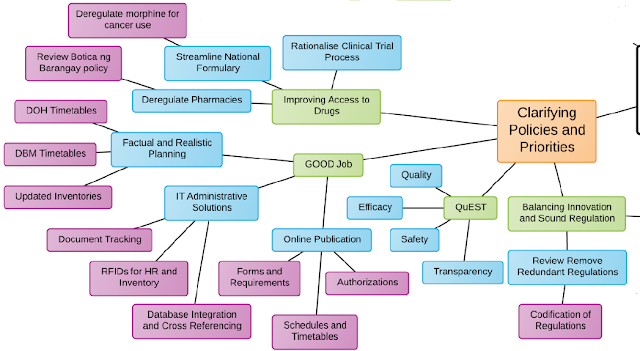 The forum yesterday was rather unique because aside from the usual participants in MeTA forum like those from PHAP, PCPI, PPhA, DSAP, PHAPI, EU, CHAT, there were many representatives from other industry associations, like those from cosmetics products and food supplements. 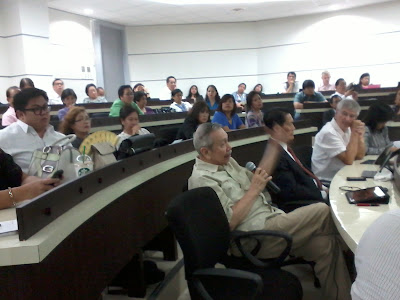 Participants were generally supportive of the new initiatives to modernize FDA -- its processes, people and laboratories, also the need to raise its inspection fees and license to operate fees. But the rate of such proposed hike was met with generally non-supportive positions.

FDA says the last time it hiked its regulatory fees was in 2001 or 12 years ago. For drugstores, the new fees will be P36,000 valid for five years. Product registration fees will increase 10 times while licensing and other fees will increase by 4.5 times.

Here are other tables from the FDA's business plan submitted to the Department of Budget and Management (DBM). When the plan is approved, FDA will be able to have fiscal independence from DBM and Congress, meaning it will stop receiving annual appropriation from Congress as it will have its own money and resources to finance its continued operations and future expansion. 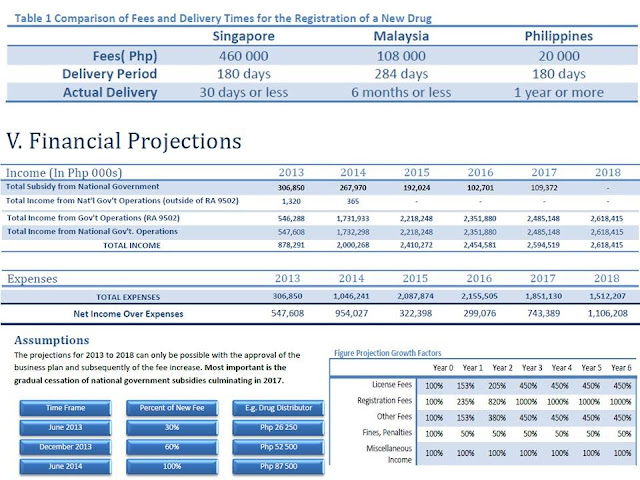 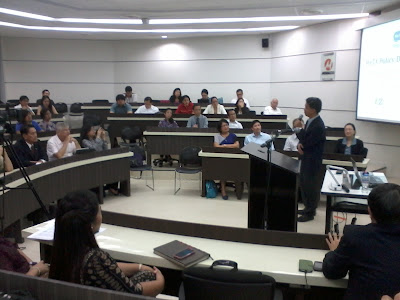 Someone from the audience yesterday commented that FDA will become like other government corporations, making net income or profit from various new or hiked regulation fees. I think that statement is correct. One advantage of having fiscal autonomy from DBM and Congress is that the FDA Director and officers will not be subject to possible political pressures if not harassment from  legislators who appropriate money, as currently may be happening. The FDA Director will remain to be accountable to the DOH Secretary and indirectly, to the President of the country.

Now, while I generally support this modernization plan of the FDA, I think it will also set the tone for a more powerful and possibly, more intrusive FDA in the future. Like many city and provincial governments which can create new local taxes or hike existing ones, create new regulations and prohibitions or make current lax regulations become more suffocating.

In a free market and minimal government set up, FDA will not be abolished but it will shrink in function. Regulation of different players, say among multinational pharma, local pharma, manufacturers of food supplements, cosmetic products, drugstores, hospitals, medical device producers and suppliers, and so on, will be done by their respective industry associations, and there need not be only one association but possibly two or more. It will be a self-policing, self-regulation set up. The industry associations will collect dues and fees from member companies and will have their own system of reward and punishment for members that follow or violate its internal rules.

For instance, a drug manufacturer that produces a fake or substandard medicine will get the flak, penalty and even criminal prosecution from the industry association and send the officers of that erring company to jails. In the event that the industry association will protect its erring member-company/ies, then that is where the FDA will come in. Since it has little functions, it will be a big agency with strong focus on the rule of law. The threat of being persecuted by the FDA is a strong deterrence for people to do their work fairly and efficiently.

But this is only a hypothetical set up as it is not in the law nor will it become a law soon. 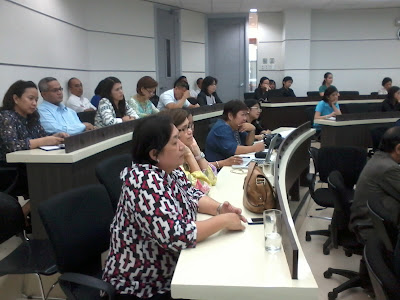 At the moment, I wish the FDA and its Director, Doc Ken, good luck. Multi-sectoral support is on the air. Some fearsome financial scenarios have to be ironed out or relaxed though as FDA modernization should not mean the demise of some legitimate players in the Philippine health sector.

Meanwhile, advance birthday greetings to MeTA Chairman, Gov.Obet Pagdangan. His birthday will be this coming Friday. And belated happy birthday to former PHAP Exec. Director Reiner Gloor. Reiner has turned 71 last Monday, and he does not appear to be retiring from work soon. Yes, there are "exciting prospects" in the sector and the country as the FDA presentation title says.
-------------