Mining 41: Presentation at the UP MINERS Forum

The UP Mining Engineering Society (UP MINERS), an organization of BS Mining Eng'g majors in  UP Diliman, organized a forum on "Enlight EM Up" last Thursday, September 18, 2014. Thanks to Neil Esber, a member of the organization and in charge  of the event, for inviting me. 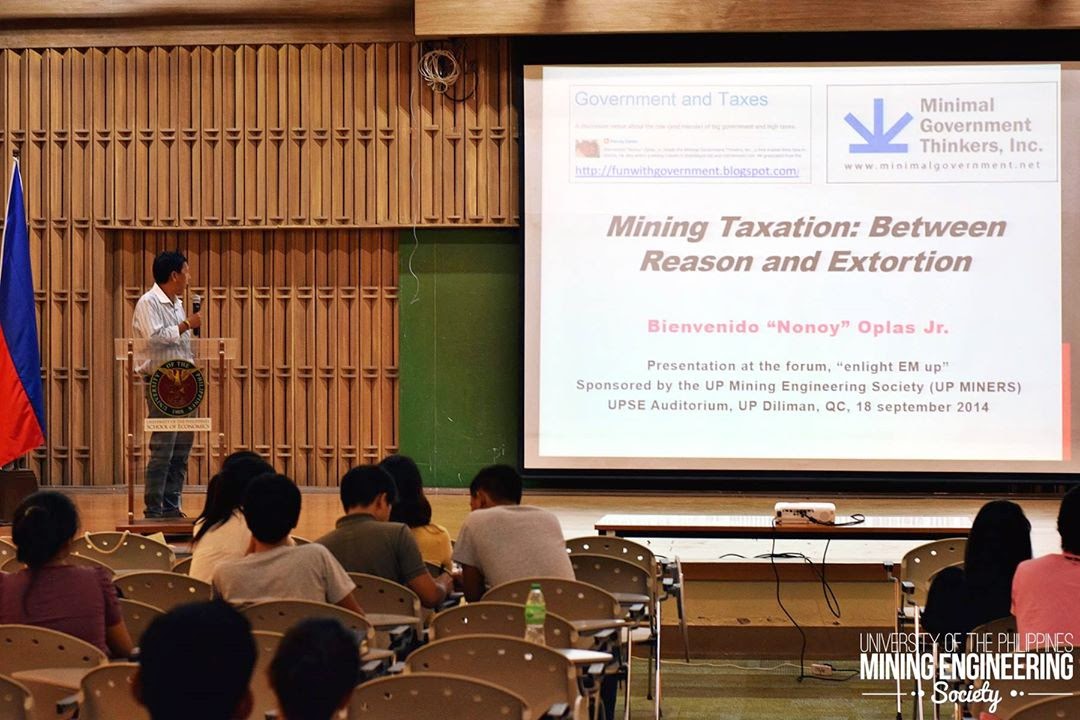 Good audience, though most  of them  are Eng'g majors, very few from the School of Economics. 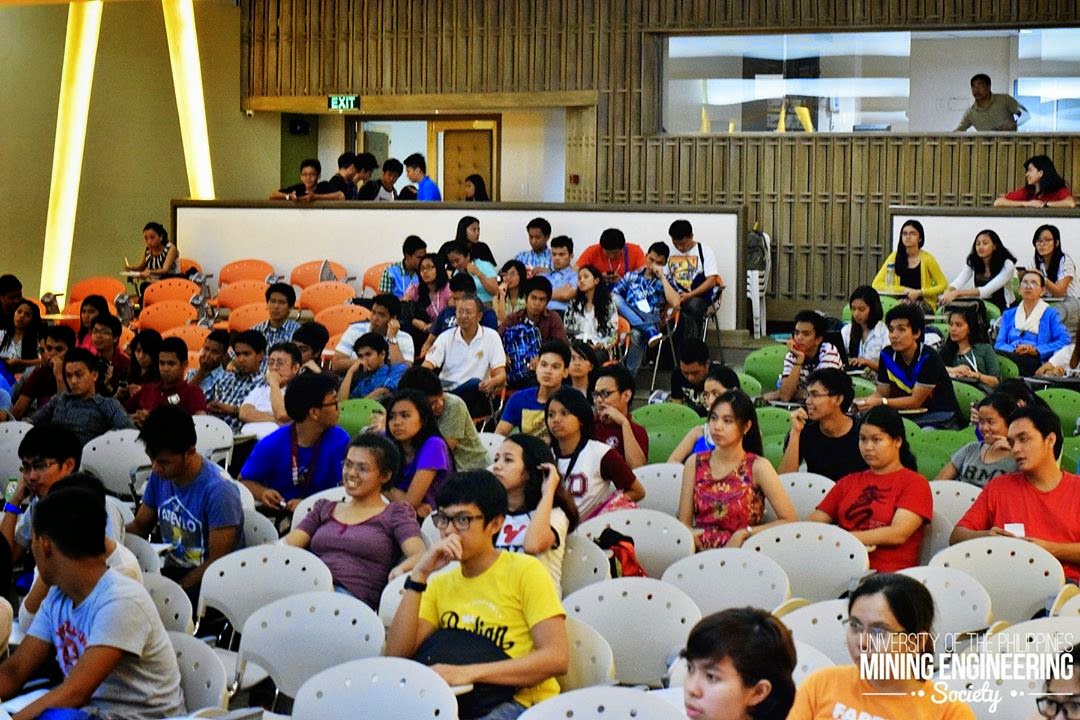 There were two other speakers. Engr. Velasco  of the Mines and Geosciences Bureau (MGB, DENR) spoke first. Photo below,  from left: Neil Esber, Dexie Baay, President  of UP MINERS, and Engr. Velasco. 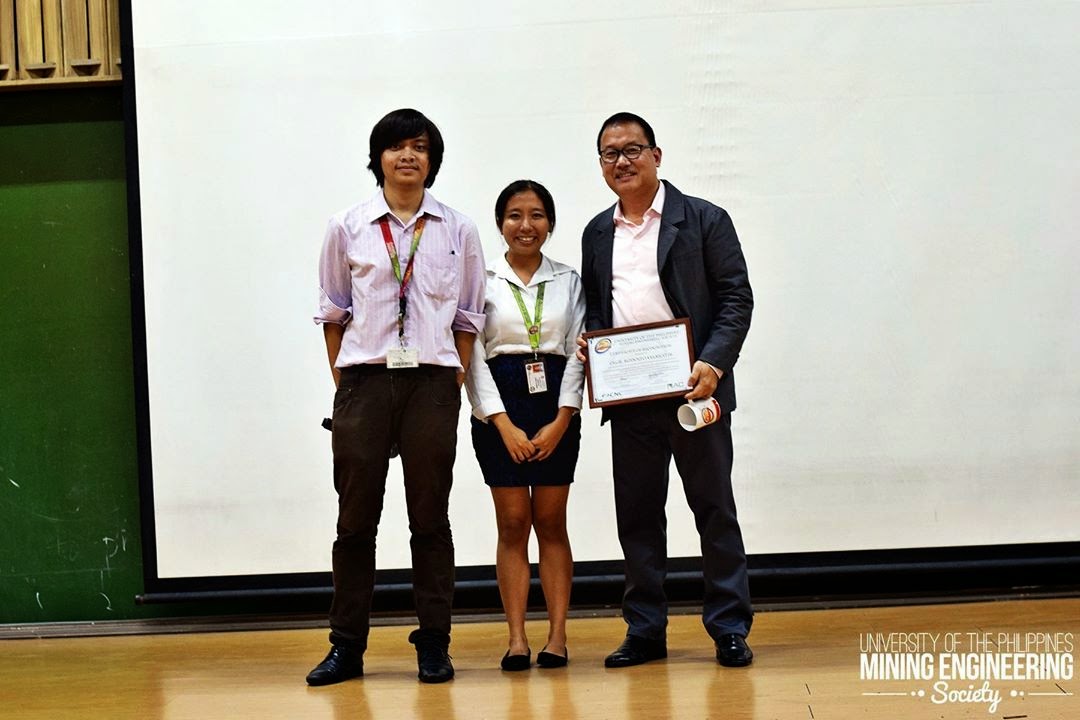 The third speaker was JB Baylon of Nickel Asia Corporation (NAC). JB is a friend since the 80s in UP Diliman undergrad. He is enjoying his new career and new company. He used to be with Coca Cole PH before joining NAC. 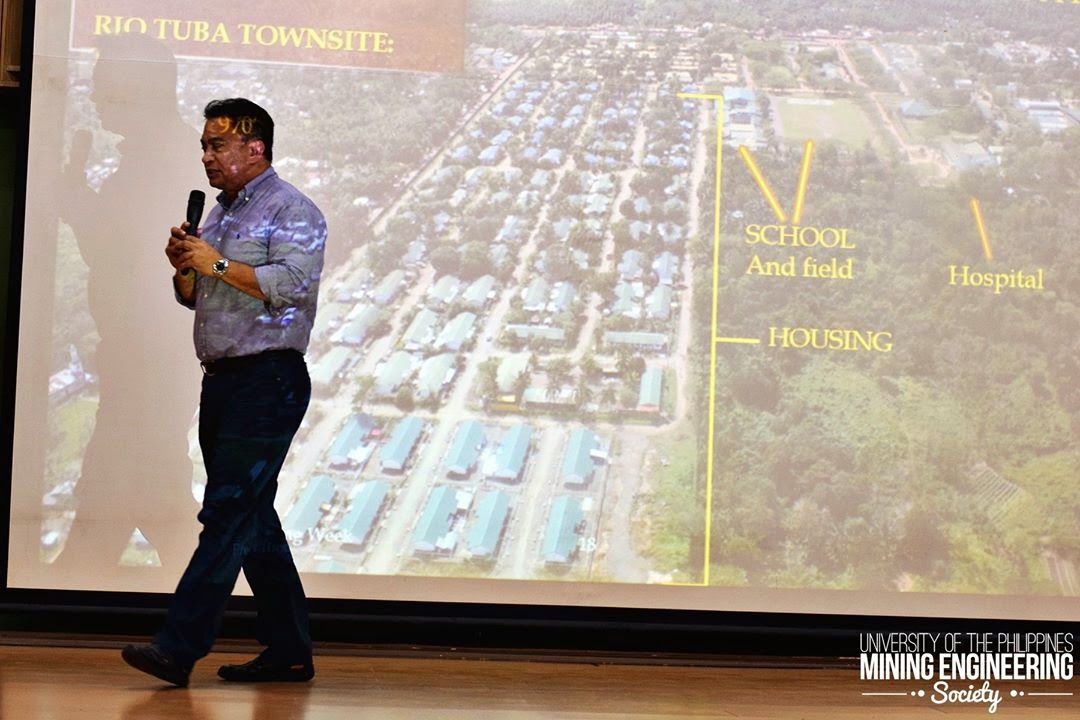 My presentation is 28 slides, available in slideshare. I will post only a few slides here, like some  basic data about the sector. 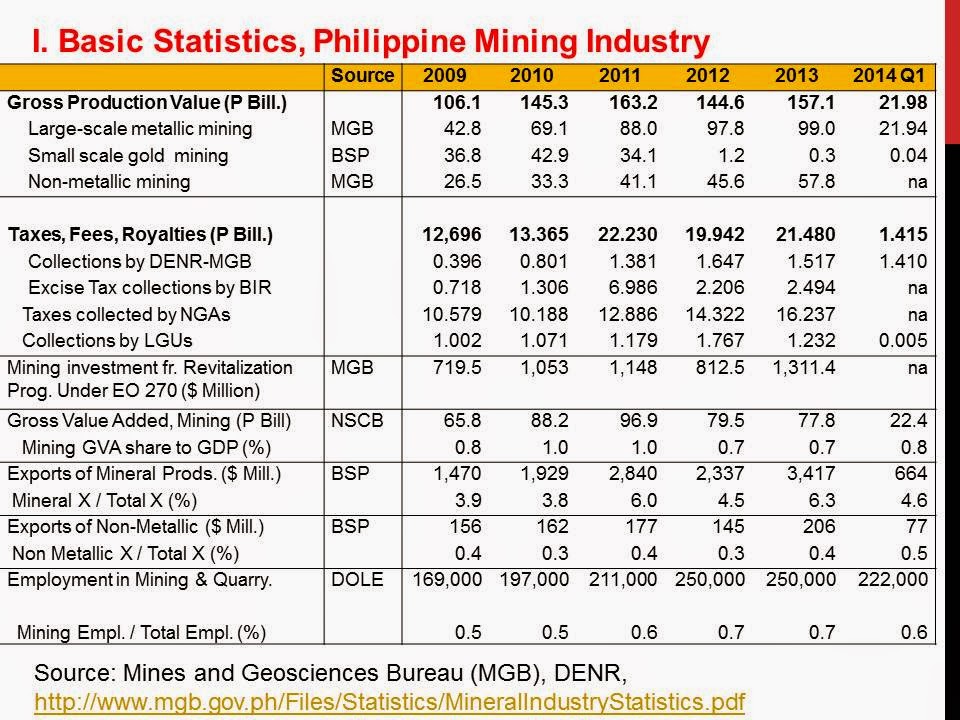 Fantastic, the  PH was #1 nickel producer worldwide in 2012. Australia and New Caledonia though, have the biggest nickel reserves. 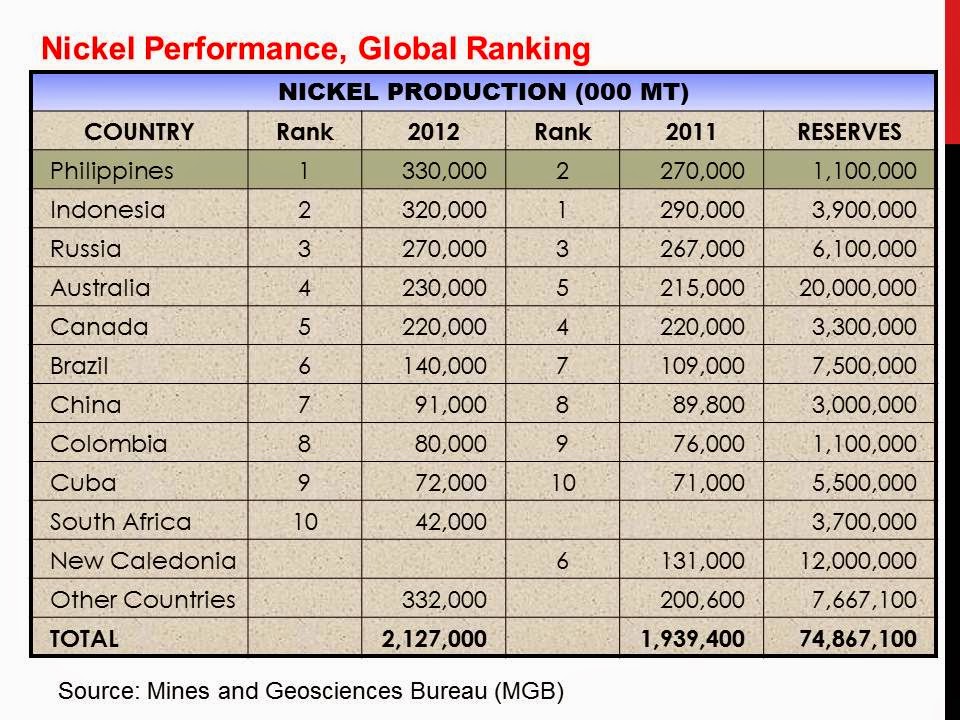 When taxation and other policies are too restrictive or intimidating for other potential players, society is the net loser. 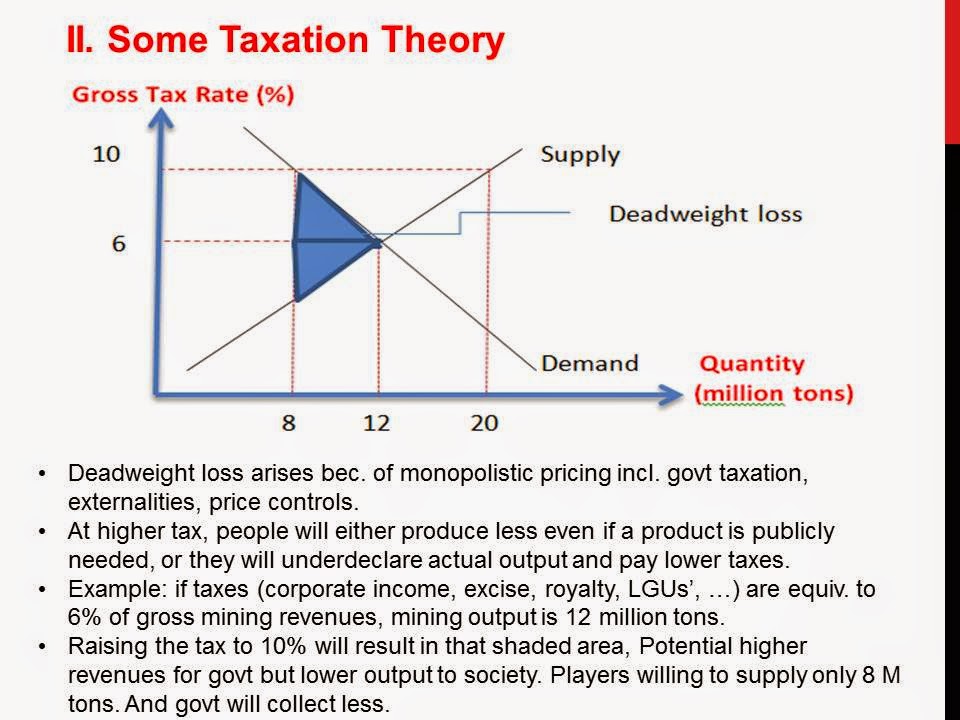 The tax-tax-tax thinking NGOs and bureaucracy are wrong if they think that higher tax rates automatically means higher tax revenues for the government. Even John Maynard Keynes share the same idea with Arthur Laffer that there is only an optimum (not maximum) level of tax rate that can maximize government revenues. Beyond that optimum level, revenues will decline. 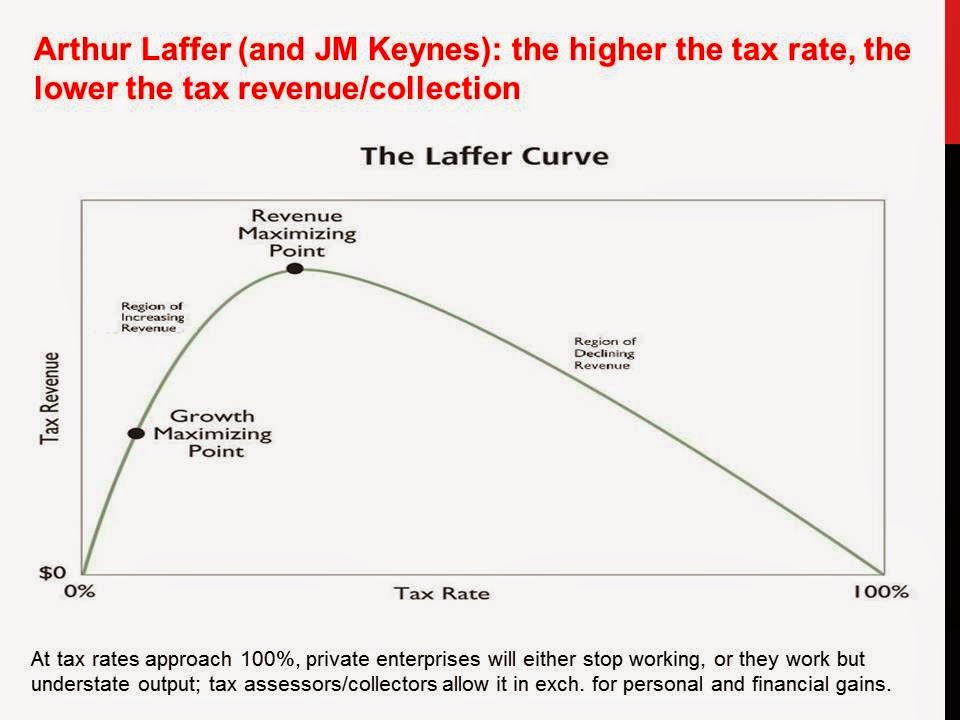 Engr. Velasco  earlier explained the various permits and documentary requirements that big mining companies must submit to them; otherwise they will not get MGB permits and certificates. The list of documents is long, meaning  the requirements are plenty. That's for MGB alone. For the DOF-BIR, local governments, the list of taxes, fees and royalties is also long. 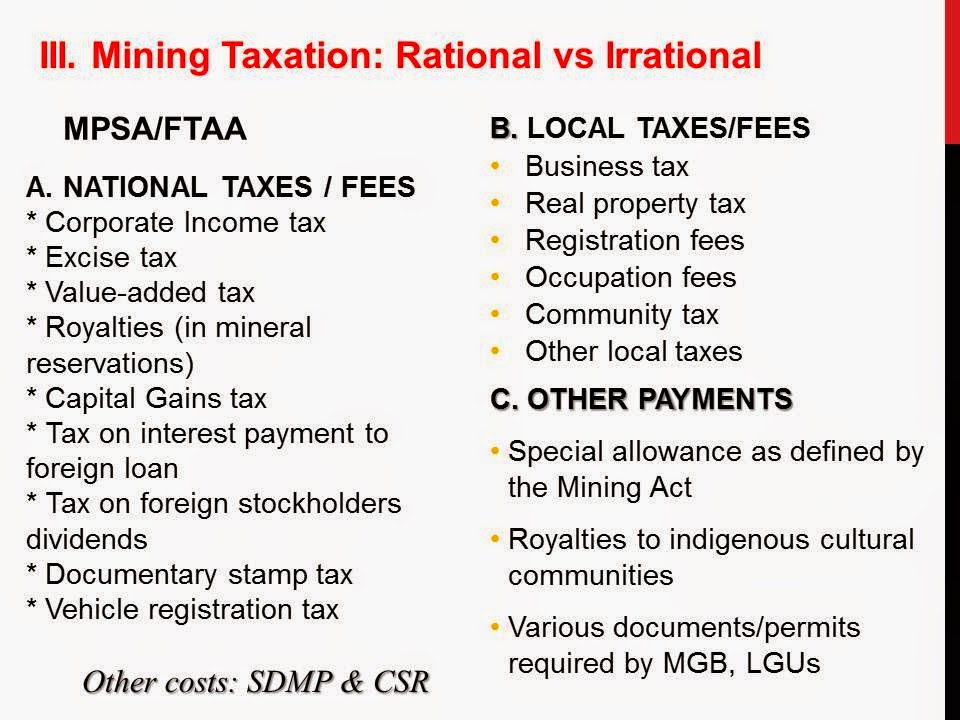 I discussed briefly an article by my former teacher and undergrad thesis adviser at UPSE in the 80s, Maam Winnie Monsod.  Last August 2013, Maam Winnie wrote an article attacking the large scale mining firms for the "low taxes" they pay to the government, and advocated that the Malampaya nat gas sharing (60% government royalty or tax, 40% to the private developers, excluding corporate income tax and other taxes). 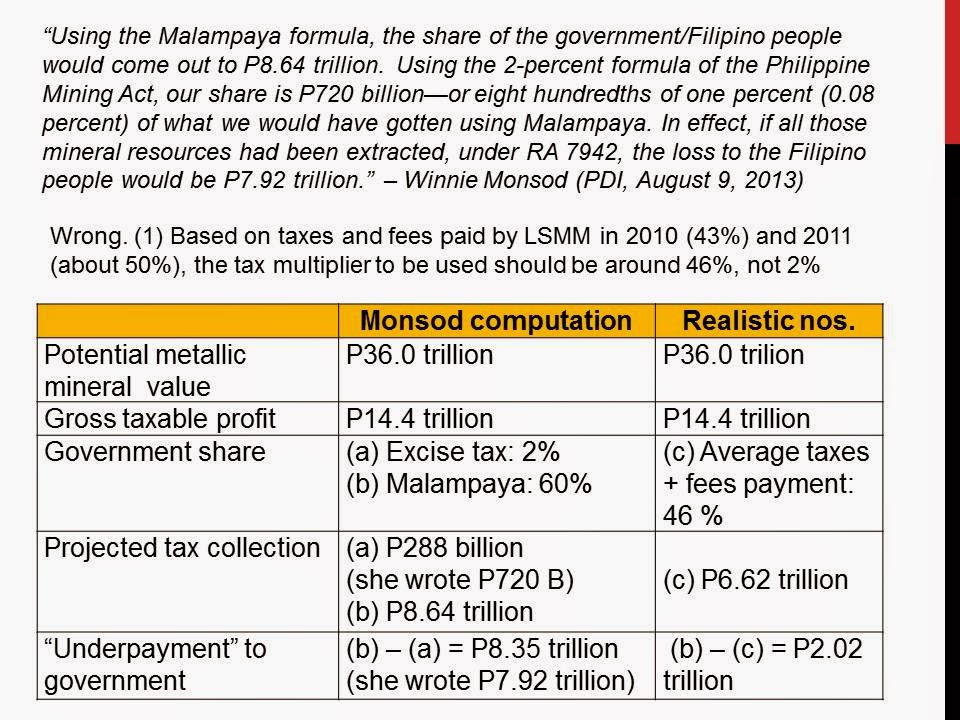 If the bill submitted by the Mining Industry Coordinating Council (MICC) to Congress becomes a law, then the Philippines will have the highest, most extortionist mining taxation policy in the world, or at least among the major mining producing countries. 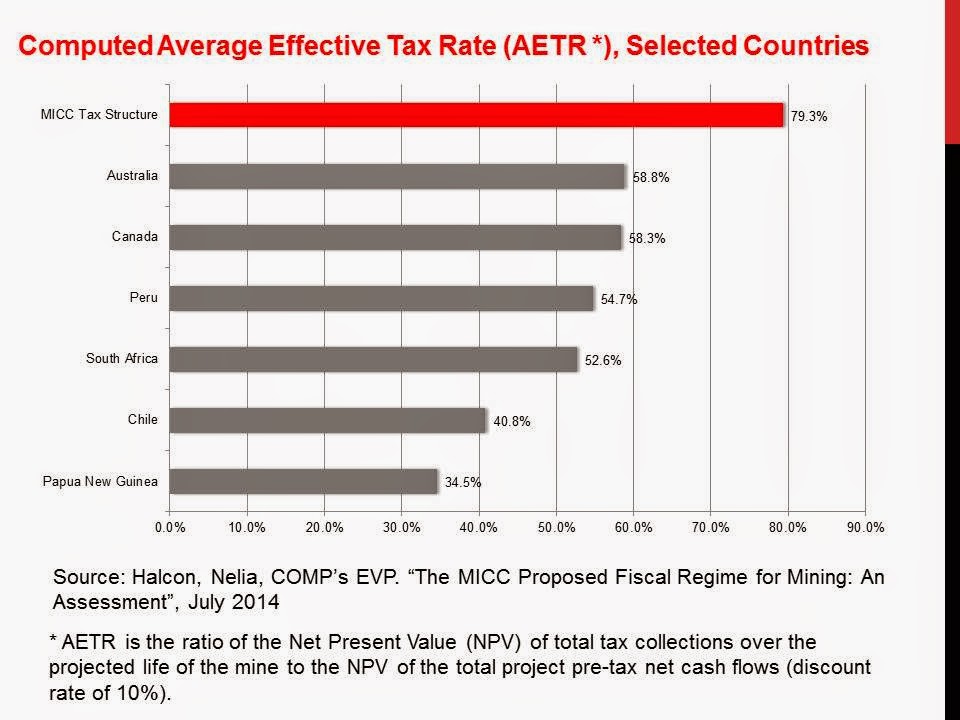 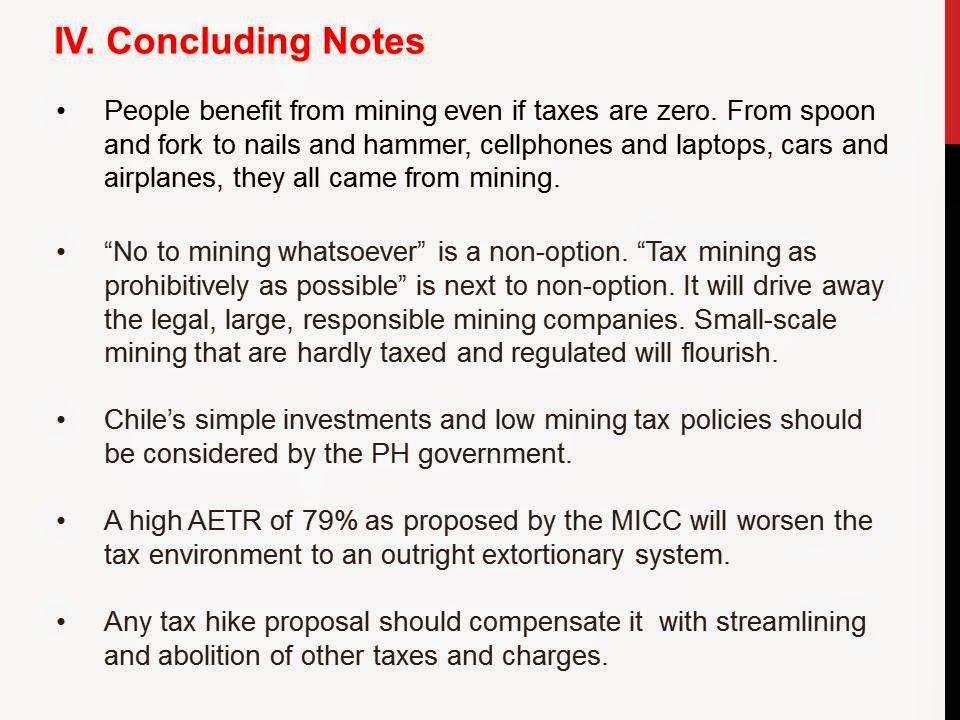 The open forum was dynamic. These photos above and below are all from the UP MINERS facebook page. 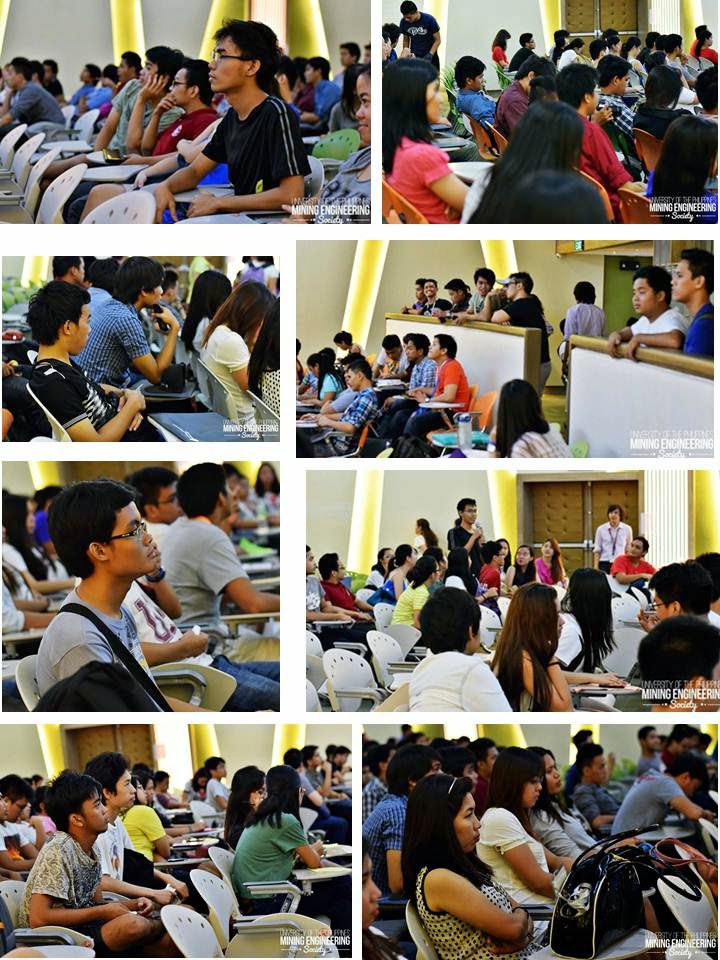