This article by Prof. Antonio “Tonton” Contreras was widely shared in facebook yesterday. It looks cool, well-written, but not necessarily well-argued. An open letter to the UP Hooligans a.k.a. enemies of UP

Among the urban  legends propagated by this article are,

For some, your act was so abominable to a point that 23 members of the faculty of the School of Economics of your University, my Alma Mater, rushed to defend Abad and condemn you in strong words…

In calling you as enemies, they took the side of Abad. In declaring your act as pure hooliganism, they became instruments for a closure of the dynamics of resistance.

Defend (DBM Sec.) Abad? Took the side of Abad? 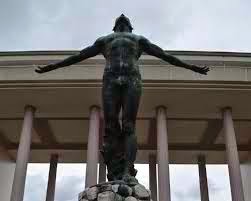 The statement of the UPSE faculty members is 11 paragraphs long. Nowhere in that statement it said, explicitly or implicitly, that they are “defending Abad” or “taking the side of Abad”. The opening statement was very clear what they were attacking – violence.

We deplore in the strongest terms the violence perpetrated last Wednesday, September 17, by a group of protesters against Secretary Florencio B. Abad outside the U.P. School of Economics auditorium.

In the statement, they were defending only one thing – freedom of expression without physical violence.  Anyway, I posted this generic comment to my friends who posted Tonton’s articles in their  walls:

I am sure many of those UP students who went inside the UPSE auditorium to listen to Sec. Butch were also activists. They listened, they watched, when they went out, they made an academic paper, or blog post, or posted in their fb or twitter their critical observations or disagreement with the Sec. They can hit the Secretary -- with words and ideas, not with coins and plackards and other forms of physical attacks. I call the former "bold, wild and wise" activists whereas the STAND UP activists are "bold, wild and idiot" activists.

Supporters of the 2nd type of activists did not like it, of course. Here is one exchange. I did not  get his permission to use his comments, so I just refer him here as “Mr. M.” Some readers may be interested to see the other side of the argument, so I  am posting the exchange unaltered, unedited.
--------

Mr. M: Sec.Abad should know better than to go to a UP campus and not get some Flack! He got off lightly and unhurt. Just his Pride! For a man with no sense of Honor and Delikadeza! He surely is onion skinned! He should have resigned and not stay on as a cabinet member. His Arrogance like his boss Pnoy and his Lap Dog Perasima are doing more harm than good in the last 2 years of Pres. Pnoy's term. And I voted for Pres.Pnoy, but ano nangyari sa Tuwid na Daan ! Bumaluktot na yata!?

Nonoy: Palusot. The issue is the act of violence by the STAND UP activists. Is it justified? UPSE faculty members said No. UP Pres. said No. Both camps did not say, explicit or implicit, that they are siding with Abad or PNoy or whoever. What they are saying or implying is that people can discuss in UP and advocate same sex marriage, humans and animals marriage, legalization of drugs and prostitution, privatization or further expansion of UP, abolition or further expansion of govt, anything else under the Sun. Do it, speak it, argue passionately -- except using violence. Anyone using violence are low-level minds, have low intellectual caliber for rational debate. By resorting to violence, they show they are plain idiots.

Mr. M. Parang hindi ka naging bata! Mainit ang dugo, mapusok at walang takot! Feeling immortal until the shit hits the fan! Pero Defiant to the end! Yan ang UP student! Yan ang mga Iskolar ng Bayan! You do not agree with what those students did to Sec. Abad!? Being violent for you is low level minded!? You call that Violence!? Parang hindi ka yata napasama sa mga rally noong UP days na truncheon, tear gas, nakulong or hold for 48 hours etc. That is the enviroment of UP not La Salle, UST, Ateneo! But UP! Or you never join any anti government rally or activity nung estudyante ka? Kung panahon nga namin yan for sure some students would be arrested and Sec.Abad would need to go to the E.R? So for you we are low level minded and idiots? UP student ka ba talaga?
5 mins · Like

Nonoy: People are free to do what they want, provided they are accountable for their action or inaction. If those STAND UP activists and their apologists think it was the right thing to do, fine. But other people who do not share their violence mentality are also free to lambast and attack their emotionalism and idiocy. That is what the UPSE faculty members did. They were saying, "Hooligans, do your thing outside of UP, or at least outside of UPSE grounds." If they have to be violent idiots, they should show it elsewhere, not in UPSE grounds.

Nonoy: Good, That is the right thing to do. Be accountable for one's words and actions.


It's also cool if activists will sing insulting songs while smiling and clapping, as bureaucrats like Butch Abad come out. Another gimik is that the activists will have a group photo with him, all smiling, but at the back there are plackards attacking him, then post in fb or youtube, I think that trick will go viral. No mess, no violence, no controversies, and still effective in attacking him.

I am no fan of Butch myself and the fiscal irresponsibility of this admin -- and all other admins before it. But I can attack them with words and ideas. If thousands of UP students will do the same, many govt bureaucrats will melt.

Mr. M: Sometimes or most of the time, ACTION not words will be more effective for change.....

To summarize, I am against the use of physical violence and aggression in settling disputes for the following reasons:

1. It is a low-level-mind way of expressing ideas and emotions.

2. It further expands government. It is used as an excuse by the government to keep expanding its armed forces and police and the armaments they wield.

3. Inferior ideas and  dishonest people can be hurt and shamed by truthful and independent analysis. These people use government armed and coercive forces or private armies to harass and terrorize those who  will expose them  and  their  lousy ideas. Thus, the use of violence by the  government or by the activists and/or political opposition in stifling freedom of expression is unjustified.
--------