This is one of the scenes in Hong Kong last night. Photo from @PhelimKine, tweeted last night with this note,

"These images will haunt the #China & #HongKong govts for a very, very long time. #solidarityHK #OccupyCentral " 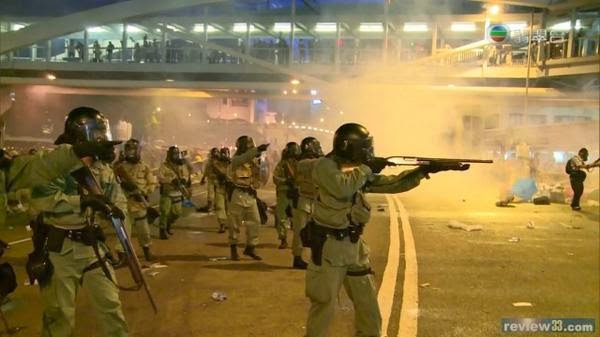 From the fb photos of the Harbour Times last September 22, 2014:

Student Strike starts. The university mall in the Chinese University of Hong Kong is full. Alex Chow, Hong Kong Federation of Students Secretary-General, urged "Democracy Now!" Lester Shum, the federation's deputy, said "we should be the one who decide the future of Hong Kong. 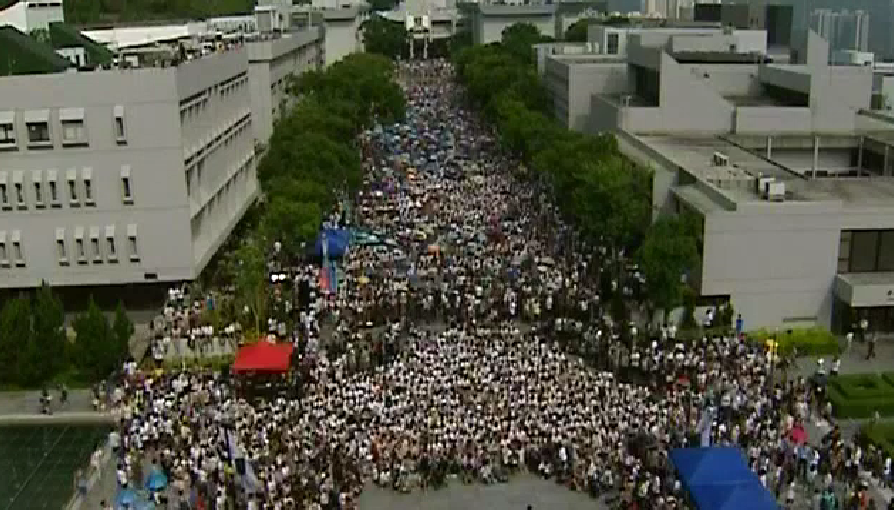 The Democracy Movement in HK just demands one thing: self determination from Beijing communist government. While Beijing agreed to have direct elections of the HK people by 2017, it vetted that only candidates that are approved by the Beijing-loyal administration can run.

A friend from HK, Andrew Work, posted this yesterday midnight, 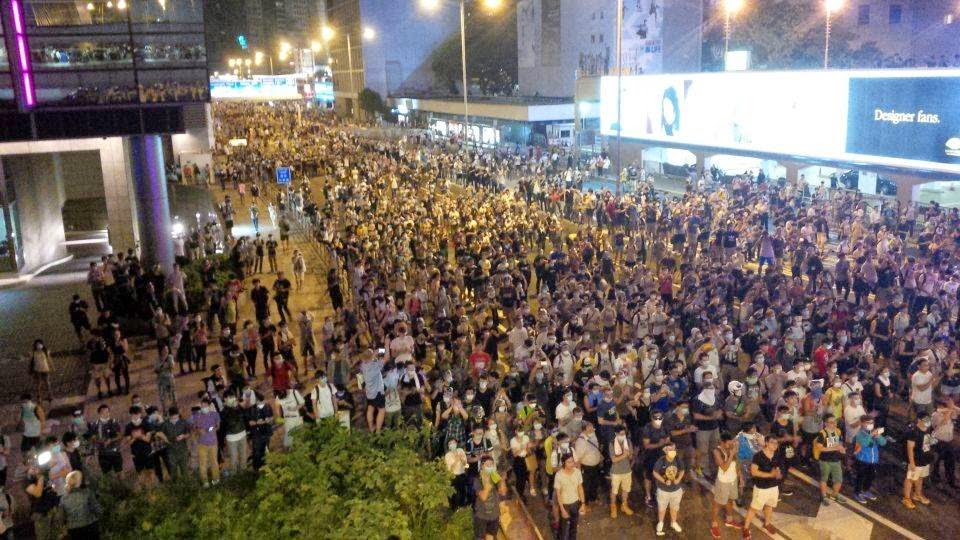 Occupy Central becomes a reality. As police clear a way forward in one small area, scores, maybe hundreds of thousands more flow in to replace them. It is completely unmanageable and there will be only a tragic ending. HKFS and OCLP trying to call it off, but the crowd will have none of it. They feel history in the making. This is July 1 2003 times 10. CY cannot stay, and no one can replace him. An impasse....

Also last night, another friend in HK, Andrew Shuen, posted this in his fb wall. I added photos below from Harbour Times, not part of Andrew's original posting, The two Andrews are my friends at the Lion Rock Institute, HK's free market think tank,

When I was a younger man, I remember watching an earlier episode of the West Wing where the President character asked, "what's the benefit of a proportional response?"

Well, I guess we have found out that in governance, what's the disadvantage of a a disproportional response. Where you use police in riot gear and pepper spray against unarmed 17 year olds that merely took over an outdoor area that was previously opened to the public anyways, and where these teenagers were simply sitting down.

Then not only to arrest the 17 year old, but to REFUSE him bail?
This is a monumental fuck up from the perspective of governance. 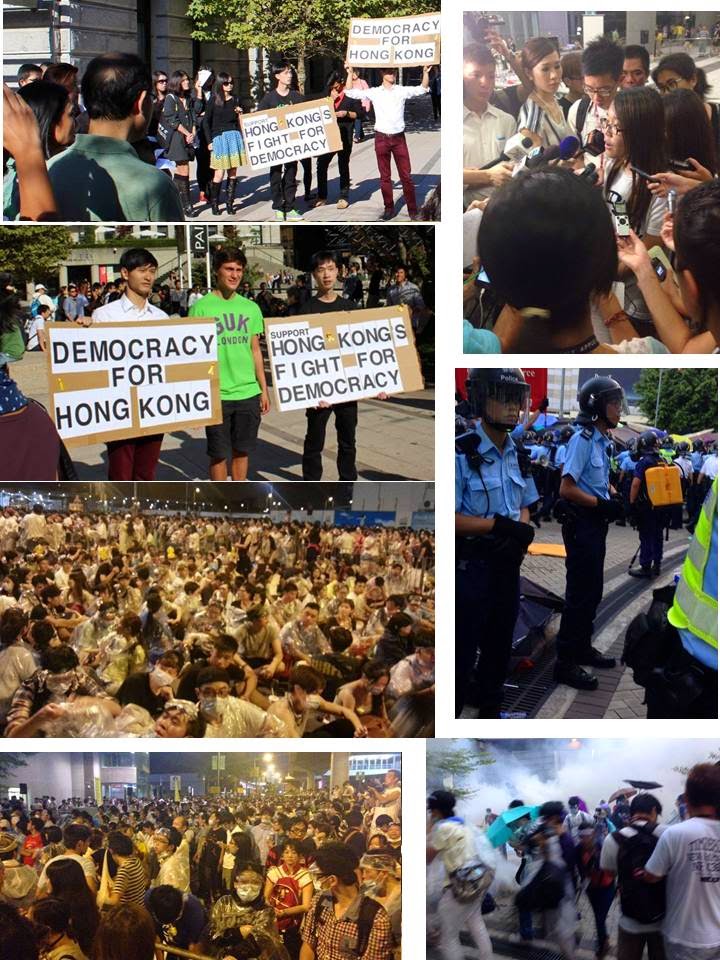 And that bullshit of the situation turning "violent" which the foreign media loves calling it now. Would you say Martin Luther King's march in Birmingham, Alabama a "violent protest"? Those people just got beaten the crap out of them by the police!

To prove my point, you look at Mongkok right now. The police is outnumbered by a ratio of hundreds, yet people are simply sitting down, no stores are burnt down AND THE POLICE THEMSELVES ARE STILL IN THE NORMAL UNIFORM THEY WEAR DAY IN DAY OUT and not some riot gear.

Now, with nearly every leader of the movement from Joshua Wong Ji Fung to Benny Tai Ting Yiu to Jimmy Lai asking people to disperse and failing, how is this going to end?

If it does involve the People's Liberation Army, it would spell the end of one country two systems. How the fuck could you trigger this level of a constitutional crisis let alone the potential bloodshed through such incompetence? This is monumental incompetence. 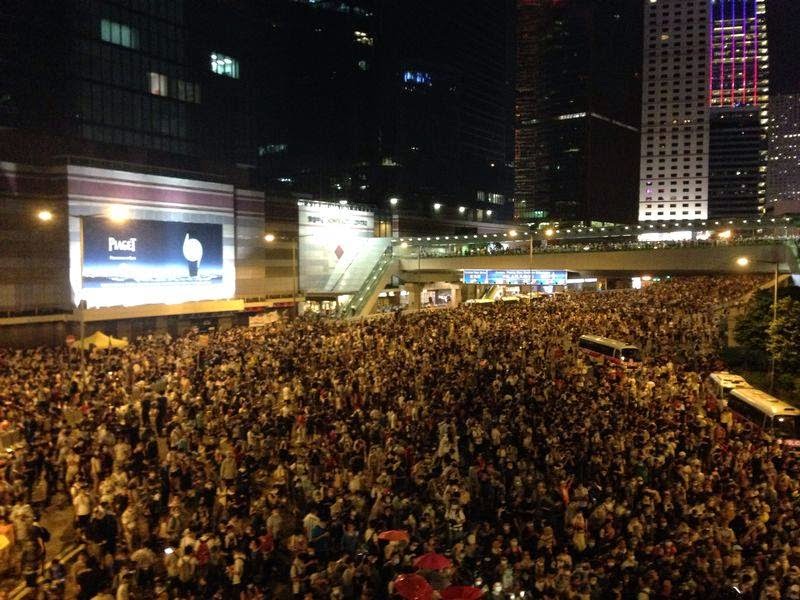 Now that the movement has spread to Kowloon, let me make one bold prediction.

CY Leung is finished. The phone call from Beijing asking for his resignation will be coming soon. If it doesn't come by tomorrow, expect to see senior members of government to start resigning soon, starting with members of the Executive Council.

Oh, and one last thing.

If Hong Kong is finished, see the end of the dream of turning the RMB into an interntional reserve currency. For which central bank with a sane mind is going to buy a financial instrument issued in Shanghai, adjudicated by their kangaroo judiciary system?

Trust me, they tried. They are called Panda Bonds, and because no one bought them, Hong Kong had to take over and issue Dim Sum Bonds and sent the RMB into international respectability.
---------- 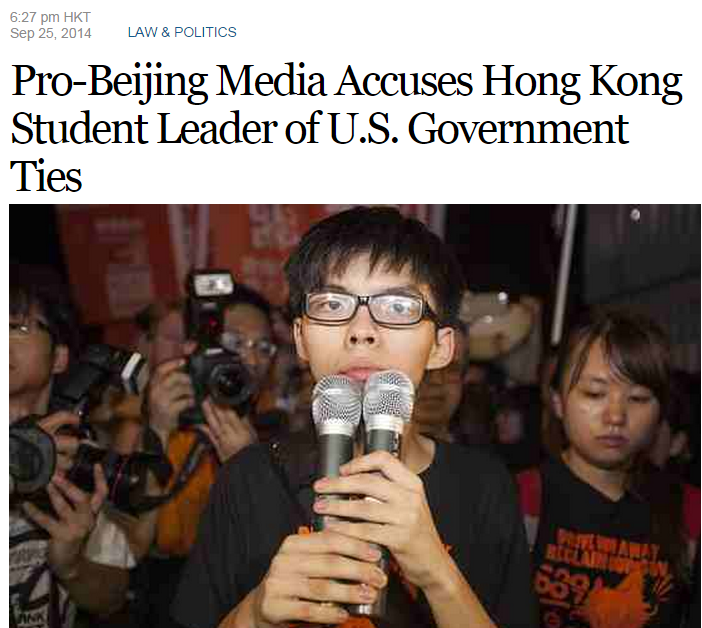 I was surprised to see this young boy, 17 years old Joshua Wong, would somehow scare Beijing and its administrators. This article from WSJ said,

Mr. Wong came to local fame in 2012 after his Scholarism group, made up of secondary school students, protested against a plan by the Hong Kong government to implement “patriotic education” classes in Hong Kong schools. The plan was later shelved. Now, the group is at the forefront of a student movement protesting against a decision by Beijing last month that said that future candidates for Hong Kong’s top post must be vetted by central authorities. 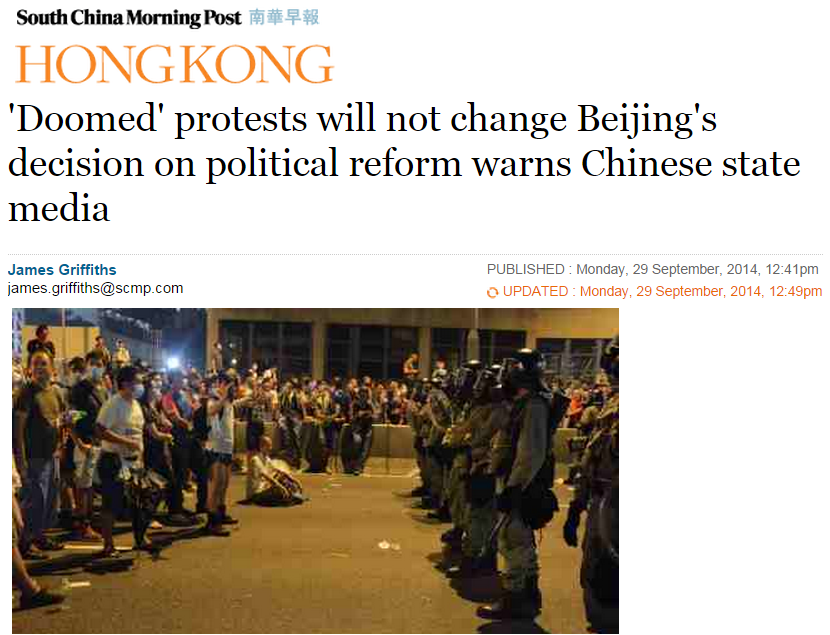 Meanwhile, Beijing media says their dictatorship will continue, no matter what the HK demonstrators will do. Shameless commies, as always.

The way the current China communist leaders are behaving, they are creating more enemies than friends worldwide. Alienating the governments and people of Japan, S. Korea, Vietnam, Philippines, Taiwan. And now the HK people.

To friends who are still enamored with socialism or communism, your "dictatorship of the proletariat" philosophy is notoriously wrong. Socialists and communists big bosses simply want dictatorship, period.
-----------