he People’s Climate March in NYC last September 21, 2014, has further shown that the climate alarmism movement is a watermelon movement. Green outside, red inside. Well, at least some of these groups are more frank, more honest of what they really want, global ecological and economic socialism. Modernization and cheaper energy by capitalism is evil. Governments and the UN should keep expanding and regulate everything. 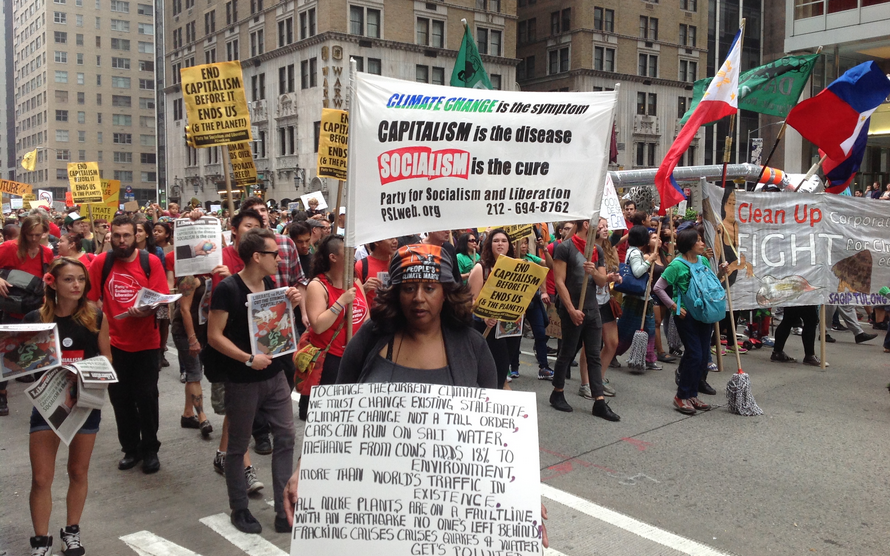 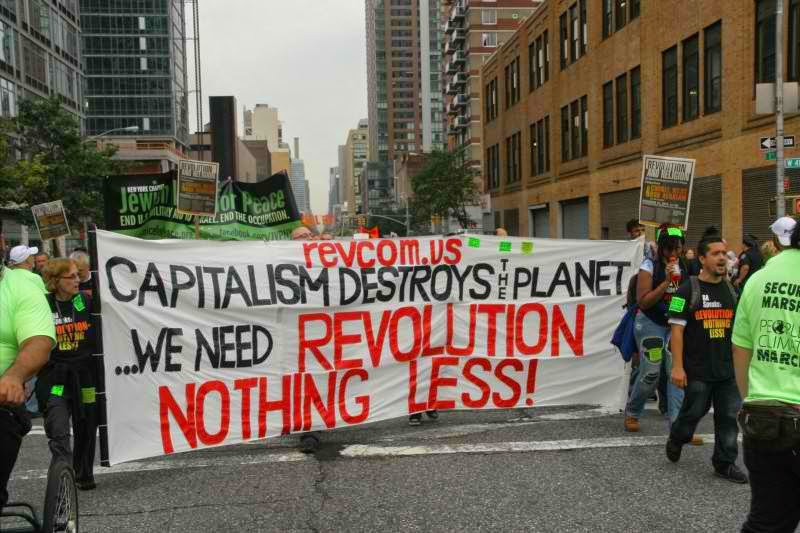 In Manila that day, a photo from ANC tweet, below. I zoomed in on the photo, some plackards say, "Capitalism is killing the planet", "Shift to Renewable Energy", "Remember Yolanda victims, ACT NOW." The climate alarmism movement is often driven by anti-capitalism sentiment and deep desire for socialism and dictatorship. The ecological dictators will dictate what power plant can be put up and which ones to over-tax or outrightly kill. They will dictate how much carbon and environmental taxes to collect, dictate how much subsidy crony energy plants will get from taxpayers, and so on. 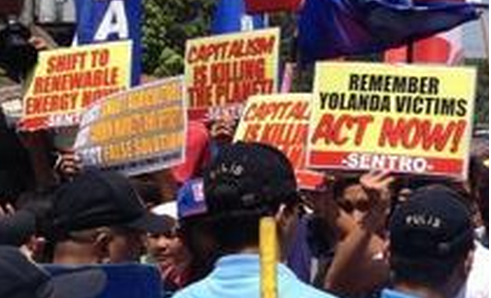 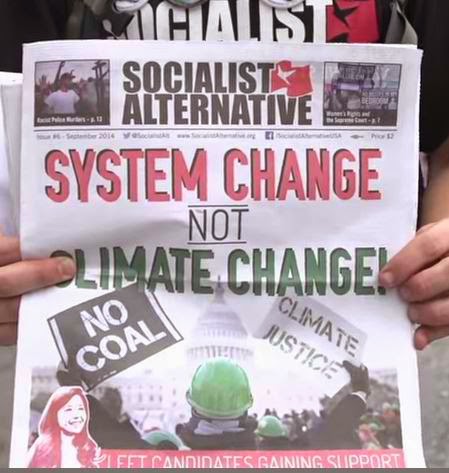 "National Geographic summed up the March this way: “Despite all the enthusiasm displayed in New York and elsewhere on a muggy September Sunday, public opinion polls consistently show that climate change is not a high priority for most Americans.”

Americans are smarter than the collection of anti-capitalism satellite groups think. They’ve seen through the rhetoric and realize, as the Climate March made clear: it is not about Climate Change, it is about system change."

Source: People’s climatemarch wants to change the system, not the weather, October 1, 2014

World reknown climatologist, Dr. Roy Spencer, made an observation a few days before that march. He wrote, 10 Ways To TellTuesday’s UN Climate Summit Isn’t About Climate, 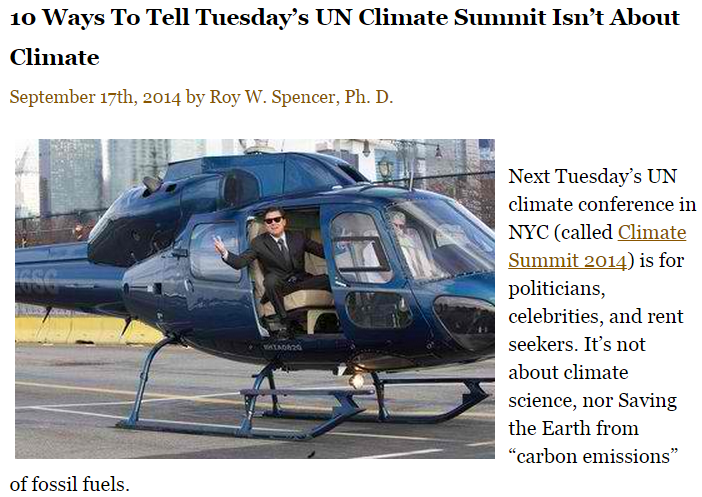 1. There is no way with current technology to get beyond 15%-20% renewable energy in the next 20 years or so….and even that will be exceedingly expensive. No matter how much you care about where your energy originates, physics and economics trump emotions.

2. The UN doesn’t care that global warming stopped 17 years ago. It doesn’t matter. Full steam ahead.

5. The UN Climate Summit participants’ “carbon footprints” far exceed those of normal people…and they don’t care. Flying jets all over the world, traveling and dining in style, and telling a billion poor they can’t have inexpensive electricity? That’s the moral high ground?

7. The leaders of Australia, China, India, Canada, and Germany are opting out of Tuesday’s meeting. They have real problems to attend to, not manufactured ones.

8. A UN official admitted the climate goal was wealth redistribution. Naomi Klein has admitted what Obama, Kerry, and Clinton won’t admit: it’s about stopping Capitalism. Unless you are a crony capitalist friend getting green energy subsidies.

9. What they can’t admit is that global greening and increasing global crop productivity is the result of us putting some of that CO2 back where it was in the first place – in the atmosphere. I’m still predicting some day we will realize more CO2 is a good thing.

10. The UN’s climate reports exaggerate and misrepresent the science.

Ahhh, watermelons. Lots of them.


Meanwhile, Dr. Steven Koonin, former professor of theoretical physics and provost at Caltech, currently the Director of the Center for Urban Science and Progress at New York University, wrote this article at WSJ last September 19, 2014. 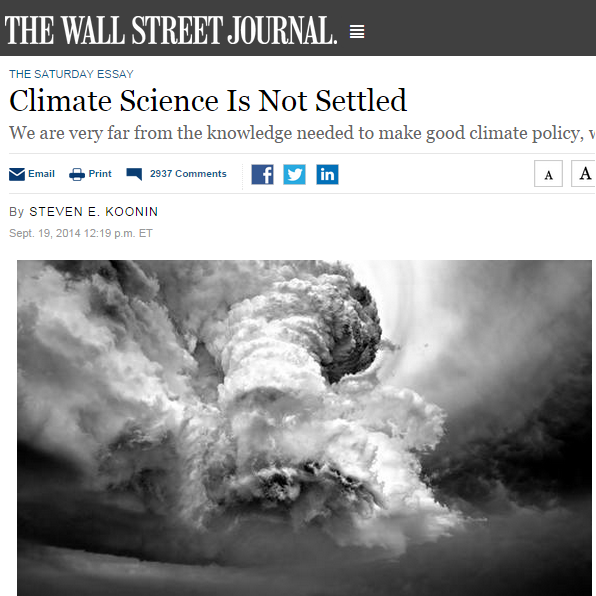 "My training as a computational physicist—together with a 40-year career of scientific research, advising and management in academia, government and the private sector—has afforded me an extended, up-close perspective on climate science.

"The crucial scientific question for policy isn't whether the climate is changing. That is a settled matter: The climate has always changed and always will. Geological and historical records show the occurrence of major climate shifts, sometimes over only a few decades...."
-----------

I'm Sarah from MAKE Productions in Singapore and I've been trying to reach you. I sent an email to your Yahoo email address and hope to be able to hear from you soon.

Thank you and I look forward to your reply.