Is the North Korea dictatorship crumbling further? Is the N-S. Korea unification happening soon? I really wish so.

Famous investor Jim Rogers, a rich American businessman who moved to Singapore since 2007 as he believed that this is the Asian century, said in 2013 during the Jeju Forum that he believed that a North-South Korea unification is possible by 2018 (+/- one year), and that it will be the "most exciting economy in the world." Yes, about 70 M people, with huge resources rechanneled from military to global trade.

Below are some encouraging news reports from various sources that point to the imminent collapse of the  N. Korea dictatorship. 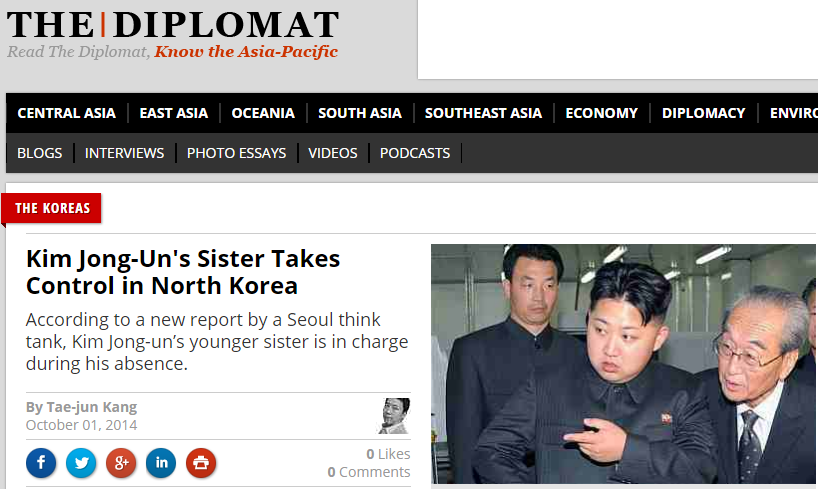 According to NKIS on October 1, Kim Jong-un — who has failed to appear at official events since early September — is getting medical treatment at Bonghwa Clinic from both domestic and foreign medical teams. Meanwhile, in his absence,  Kim Yo-jong is charged with handling important government decisions.” 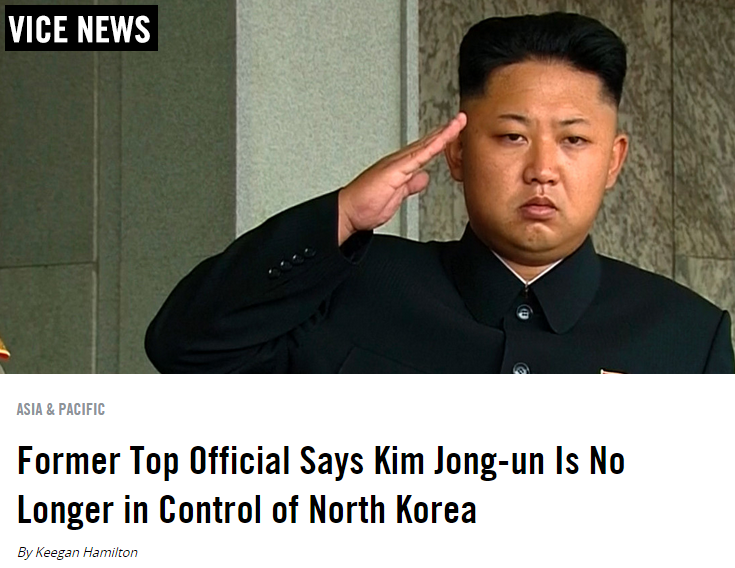 “An elite group of exiles from North Korea gathered in September in the Netherlands to discuss the state of the regime they used to serve. The conference included top diplomats, an ex-senior official of the Ministry of Security, and a high-ranking military officer, but the keynote address was given by Jang Jin-sung, formerly a key member of Kim Jong-il's propaganda machine. Included in Jang's speech was a surprising assertion: North Korea is in the midst of a civil war.

According to Jang — a former counterintelligence official and poet laureate under Kim Jong-il — members of the government's Organization and Guidance Department (OGD), a powerful group of officials that once reported only to Kim Jong-il, have stopped taking orders from his son, Kim Jong-un. The OGD, Jang says, has effectively taken control of the country, and a conflict is simmering between factions that want to maintain absolute control over the economy and others seeking to gain wealth through foreign trade and a slightly more open market.”

(3) From WaPo, October 4, 2014, is good. It was the top leaders of the North other than Kim Jong-Un, who unilaterally went to the South. 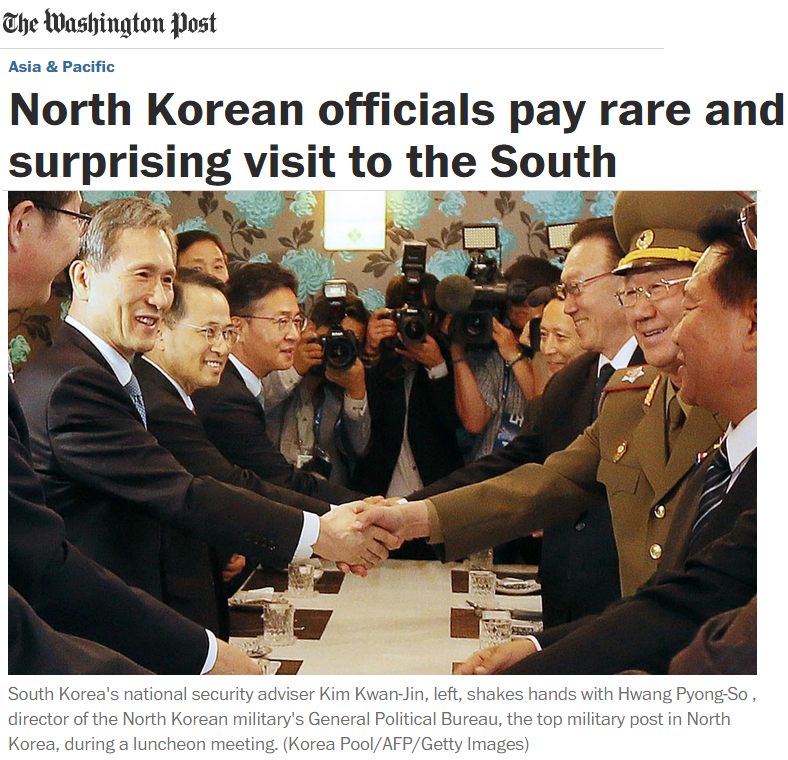 KYOTO, Japan— North and South Korea have agreed to hold another round of high-level talks after a top-level Northern delegation, including the men thought to be second and third in command behind Kim Jong Un, paid a surprise visit to the South on Saturday.

The unusual and unannounced trip — the first such high-level visit in more than five years — comes at a time of intense speculation about North Korea’s leadership, given that Kim, the third-generation leader of the communist state, has not been seen in public for a month….

The 11-strong group from North Korea was led by Hwang Pyong So, widely considered Kim’s deputy. He’s the top political official in the Korean People’s Army and vice chairman of the National Defense Commission, which is led by Kim.

(4) And from The PCMD Gazette, also last October 4, is good news. 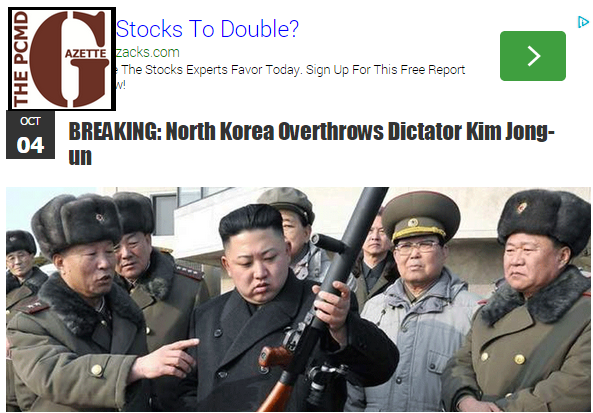 "North Korea’s Organization and Guidance Department (OGD), the country’s most powerful group of officials, has stopped taking orders from Kim Jong-un. amid reports that the dictator has been overthrown.

Kim Jong-un has been missing for over a week and authorities originally tried to cover-up his absence by claiming he was recovering from ankle surgery."

So Jim Rogers and other observers are correct. A unification of N-S Korea is coming soon. The dark horse will be the China commie government -- will it allow such unification and hence, stronger capitalism buffer near its backyard, or will it stage its own puppet regime and retain socialism with limited capitalism system, what it is doing now in China.
-----------