Seoul, S. Korea -- While waiting for an available room in my hotel at Somerset Palace Seoul, I visited a good friend that I have met for the first time in 2005, Dr. Chung ho Kim. Chung ho used to be the President of the Center for Free Enterprise (CFE), a free market think tank in Seoul. He resigned last year from CFE and concentrated teaching Law and Economics at Yonsei University, a big and hilly private university in this city.

After an Atlas and Economic Freedom Network (EFN) Asia conference in Phuket, Thailand in 2005, I met him again in 2006 when I attended the Asia Pacific Taxpayers Union (APTU) meeting in Seoul. Then he attended the EFN Asia conference in Manila in 2008 where I also attended, then  I met him again in Washington DC in 2009 during the Atlas' Freedom Dinner in celebration of the 20th anniversary of the fall of the Berlin Wall. He was one of two foreign speakers (the other was a freedom fighter lady from Croatia or another country from East Europe) that night where he declared in front of a big crowd, nearly 400 people I think, "In Korea, we do not have a wall that divides the North and the South. Instead, we have a fence. As President of the Center for Free Enterprise, I urge you Mr. Kim Il Sung, Tear down the fence wall". To the applause of the people. 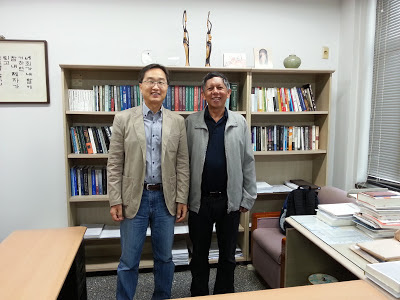 Then I met him again in Sydney, Australia in 2010, during the 4th Pacific Rim Policy Exchange, sponsored by the Americans for Tax Reforms, Property Rights Alliance, and two other free market think tanks.

Below are some books in Chung ho's mni library in his office. 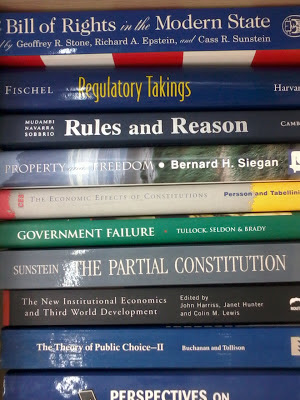 In another book shelf, some books by his friend and fellow faculty member. Some books by Friedrich Hayek, Milton Friedman, translated in Korean. 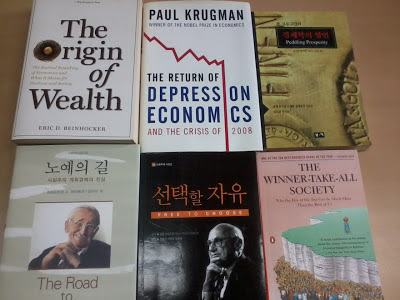 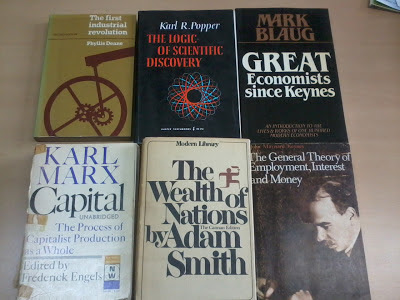 Will meet again Chung ho shortly for a dinner meeting tonight billed "Liberals meet Liberals" (and libertarians). Many Asian free market leaders like Liu Junning and Feng Xingyuan from China, Barun Mitra from India, Wan saiful Wan Jan and Tricia Yeoh from Malaysia, Sam Raimsey from Cambodia, are here too, to meet with FNF Korea and other friends of FNF in Seoul.
Posted by Bienvenido Oplas Jr at 4:48 PM