In late April this year, I have a short discourse with two fellow UPSE alumni in our discussion ygroups regarding fishery conservation. A friend who works at the Bureau of Fisheries and Aquatic Resources (BFAR) wrote,

There are however some cases where government needs to come in such as  in cases of environmental protection. Where there are no controls put in place, people tend to harvest natural resources without thinking about the future, environment, and the like.

This is the case in fisheries where we need to put in place time and spatial closures to ensure that the fish stock as provided an opportunity to spawn and regenerate succeeding young ones, where we put in capacity limits to ensure that we do not over harvest and gear restrictions so that we do not catch non-target species. In order to do that, we put in a police force, so to speak, to ensure compliance. Hence, we need a monitoring, control and surveillance systems to ensure compliance.

That costs money but what price do you put on the loss of species, especially those that we usually harvest for food. In this case, markets are altered due to government regulations. Without it, we might end up in a situation where the sardines were lost in the case of one North American country in their Pacific coast. 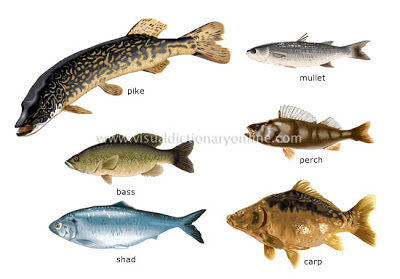 I replied that the main reason why many fish varieties in the ocean remain in abundant supply is because of market solution to higher market demand for more fish, via aquaculture and fish farming. Lots and lots of tilapia farms, bangus farms, shellfish farms, crabs, lobster, shrimps, prawn farms, even lapu-lapu farms, has supplied humanity, the Filipinos in particular, with more fish. So the pressure to catch more fish in the open sea is not that high.

I read a news where BFAR wants to declare a "close season" for several months for galunggong catch, to allow the popular galunggong to expand further. That of course, is one solution but its full implementation will be low. Will BFAR send hundreds of inspectors to check the fish catch of each fishing boat coming from the sea? That's highly unlikely. So what will happen is that many may comply but a few will still catch galunggong non-stop.

One solution is to allow more fish farming of various species; galunggong, maya-maya, lapu-lapu,  etc. This will greatly expand fish supply of certain species without the fishermen going far out in the sea. I read that the Israelis have modern tech in fish farming, they can grow various species even in desert-like conditions.

We are  only  starting to  develop  aquaculture  and mariculture  fishing  systems,  which  include  sea  ranching, sea farming,  floating  cage fish production,  etc.
But  you  may  possibly  tax  demersal  fish  like  lapu-lapu, as it  penalizes  the wealthier  consumers,  who  can  afford anyway...

In short,  the  fish  eaten  by  the  poor  like  galunggong  are caught  by  the  richer  fish operators,  while  the more  expensive fish  like  “Lapu-lapu”  are  caught  normally  by small  fishermen,  whose  numbers  and operations  in  near shore  fish sanctuaries  are putting  pressures  on fishery  resources. It  is  more  likely  that  the small to  medium  fishermen  are  the  ones  involved in  illegal fishing methods  like  dynamite  fishing  that  damage  coral  reefs  and  fish sanctuaries.

This taxation  system  on fishery  resources will in the  end  be  a  “market-oriented” fiscal policy to regulate this  resource  through a  pricing  system  that  is  induced  by  a  proposed  taxation  system,  that  is  also  intended  to generate  the  necessary  fund  to bankroll  credit  for  ice  cold  storage facilities,  dryers  and  other  processing  equipment  for fishing  communities. 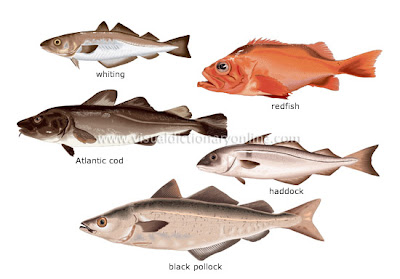 But his proposal to slap a tax on demersal fish like lapu lapu that are consumed more by the wealthy peoople is terribly wrong. For the following reasons.

One, extending this politics of envy, government should also tax blue marlin,  tanguige, prawns (at P600+ per kilo), lobster, crabs, many other expensive marine products.

Two, more taxes means more bribery and more corruption. Either the fish farmers or fish restaurants will bribe the BFAR or LGUs or police or Coast Guard or BIR people who will assess and/or collect  the tax.

Three, if we assume that all these government personnel have suddenly become saints and will not accept bribes, then government -- through all those agencies mentioned -- will hire more personnel, to assess and collect the tax, or oversee the frontline tax collectors to control corruption. Which means to expand the bureaucracy further to the nth level.

Four, lapu lapu, crabs, etc. that are raised via fish farming should be taxed as well. Because if they don't, then lapu lapu caught from the open sea will only be temporarily transferred say for one day, in those lapu lapu cages, and be harvested the next day at zero tax. This further raises the cost of harvesting these fishery products and wastes labor, even if taxes were not collected.

And five, the politics of envy is wrong. Being rich and wealthy is demonized as evil; hence, they should pay more tax, they should be "penalized" more, they are bloodsucking evil anyway. People should be contented being poor or lower middle class. They will not be penalized, they will even get more subsidies, endless and no timetable subsidies.