To analyze the country's mining industry and propose certain government regulations and taxation policy, it is important to compare the local industry with those at the international level. So that there will be more solid basis for such regulations, like how much taxes to impose given certain costs of operation for different metallic products. And if government is over-taxing or under-taxing the industry.

I saw this informative 27-slides presentation on Philippines and global mining made in September 2012 by Intiera RMG. The data are useful and cool, posting some of them here.

The country's main metallic products as currently developed and mined are nickel and gold. Take note that these data refer only to large-scale metallic mining companies. "Small scale" mining data not included here. 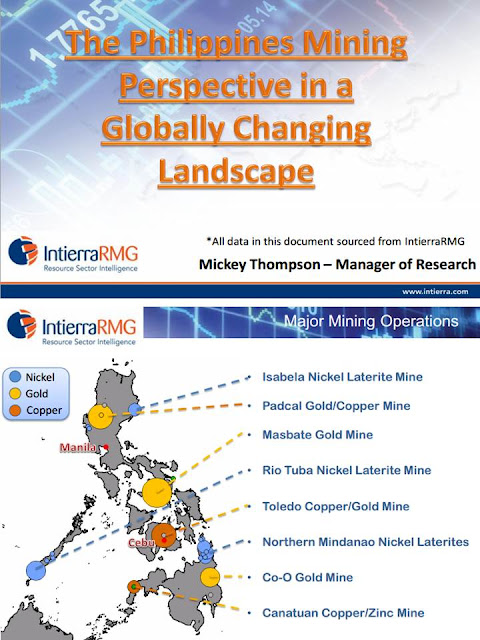 We were the 3rd largest producer of laterite nickel in 2011, after Russia and Canada. Trailing the Philippines were Indonesia, Russia, New Caledonia and China. 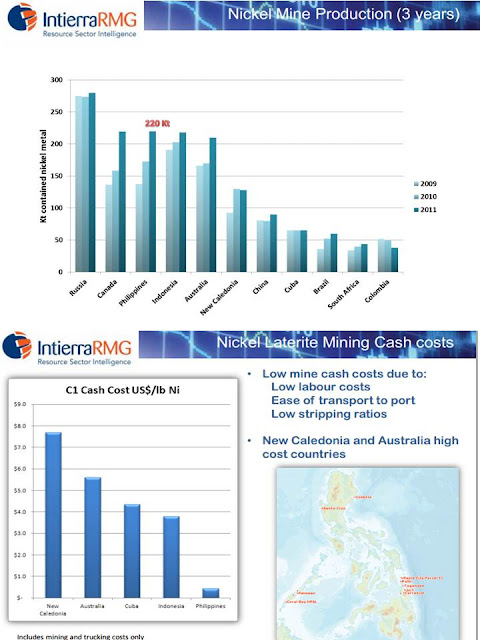 These three charts below refer to copper mining. (a) Production from 2009-2011, (b) Copper in concentrate operating costs, and (c) Copper recovered grades.


The Philippines' copper production is very low compared to Chile, China, Peru, US and other countries. One reason is that the operating costs are rather high, more than $2 per pound. Interra noted that the country's "primary gold and copper mining currently averages amongst the lowest grades in the world, and it is outweighed by distance to port and then shipping distance to China." 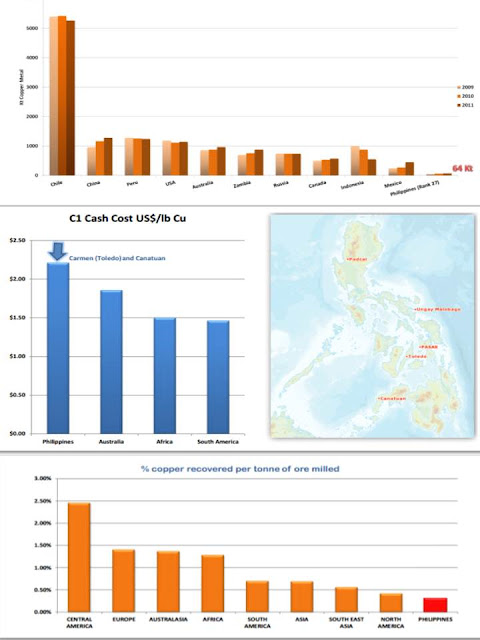 Below are data about gold mining. (a) Gold mine production, 2009 to 2011, (b) Gold recovered grades, and (c) operating margins. Interra noted that "Despite low grade ores, Philippines copper/ gold/ nickel producers average higher profit margins than the rest of world average."

Nickel Asia Corporation (NAC) and Medusa made big profit in 2011, and their profit margins are higher than the other local mining firms, also higher than the global average. 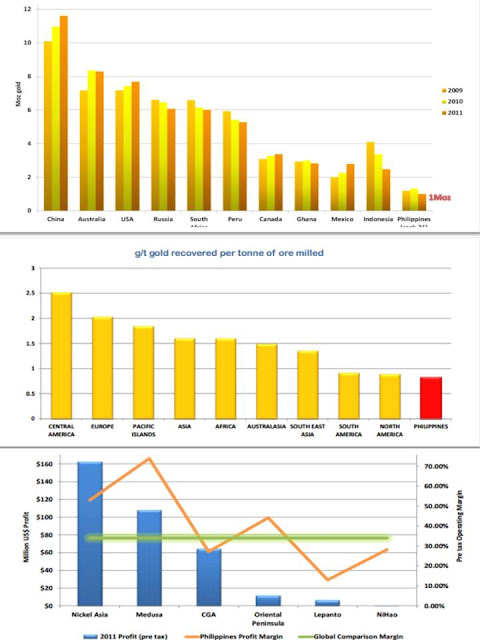 Capital expenditures (Capex) intensity in the Philippines for both copper and gold projects are either within or below world averages. Maybe this is in response to certain uncertainties in the government's (local and national) mining policies, like the withrawal of permit by a provincial government of the big Tampakan project in Mindanao, and the issuance of EO 79 last year. 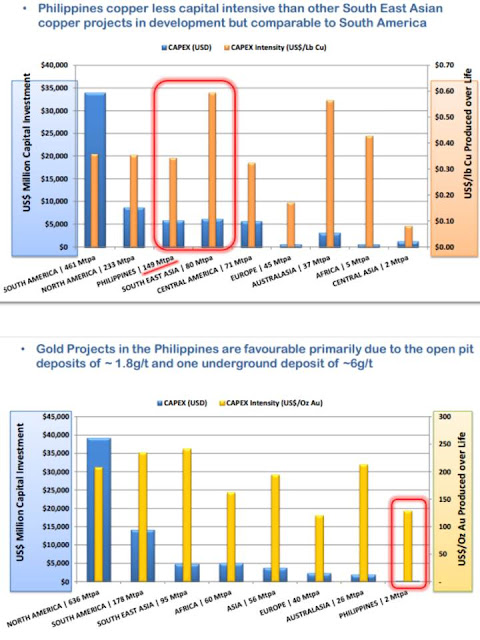 A good map where the next projects are to be found. When I went to Rio Tuba last March, I saw the on-going construction of a nickel refinery plant there. All mining projects in Palawan are in the southern part, nothing in the north where many of the big tourism spots (El Nido, Coron, etc.) are located. 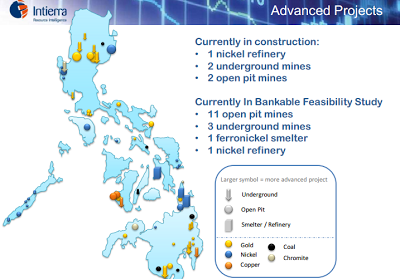 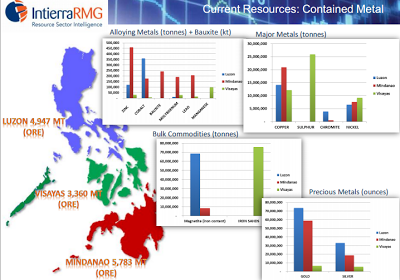 Boyongan and Kingking gold projects in eastern Mindanao are big. 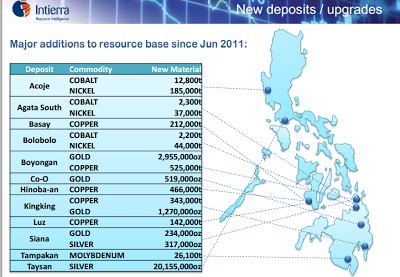 I wish that data, or at least estimates of production, reserves/deposits of various metals under "small scale" mining are also available online.

Nonetheless, these are big projects with big capitalization, big number of jobs created, direct and indirect, and big community development projects being implemented. Adding more regulations, restrictions and taxation may backfire in the form of more corruption among the implementing agencies (LGUs, DENR-MGB, police, etc.), and/or non-entry of other companies that can do responsible and transparent mining.
-------------