Here now in Jeju, S. Korea. Below is my article written when we were still in Seoul this morning, posted today in the EFN Asia website.
----------- 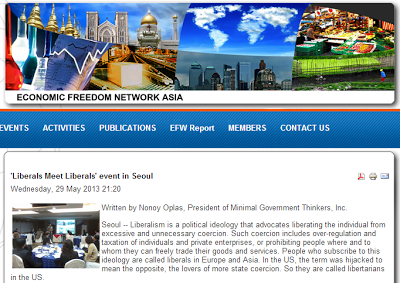 Seoul -- Liberalism is a political ideology that advocates liberating the individual from excessive and unnecessary coercion. Such coercion includes over-regulation and taxation of individuals and private enterprises, or prohibiting people where and to whom they can freely trade their goods and services. People who subscribe to this ideology are called liberals in Europe and Asia. In the US, the term was hijacked to mean the opposite, the lovers of more state coercion. So they are called libertarians in the US.

So liberalism is a great ideology. And liberals and libertarians are generally great people for giving prominence to individual freedom, individual responsibility, free market, free trade, tolerance of diversity, and rule of law.

Last night was a great evening billed “Liberals meet Liberals” organized by the Friedrich Naumann Foundation for Freedom (FNF) Korea. It was held at Koreana Hotel in the heart of the capital city of South Korea. A small but intimate gathering of participants from China, India, Germany, Korea, Malaysia, Philippines, Thailand, and Vietnam. 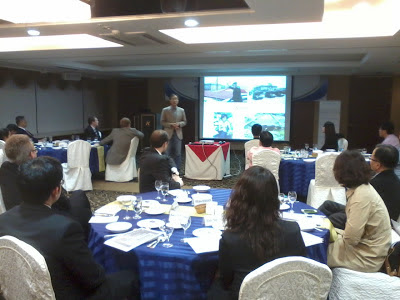 Dr. Lars Andre Richter, the Resident Representative of FNF Korea gave an inspiring introduction of the work being done by his office to promote freedom. Then Minister and Head of Mission, German Embassy in Korea, Johannes Regenbrecht, gave a short talk that the German government is supporting initiatives to promote freedom and democracy worldwide. Jaykun Yoo, CEO of Christian Global Network TV also gave a short talk on the value of promoting liberal ideas to the public.

Pett Jarupaiboon, Regional Program Officer of Economic Freedom Network (EFN) Asia, gave an introduction of EFN Asia and what it is doing. He showed a video about the network, produced by Asia Freedom TV and the network, wow. 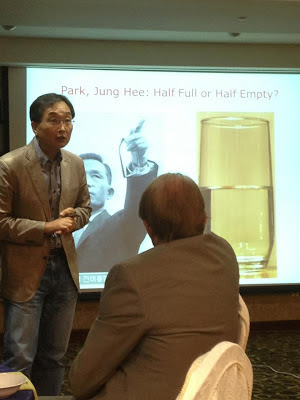 The main talk was given by Dr. Chung-ho Kim, Professor of Economics at Yonsei University in Seoul. He used to be the President of the Center for Free Enterprise (CFE) and is now putting up a new free market think tank, the Freedom Factory Ltd. See an earlier article about him here.

Dr. Kim’s lecture was entitled “The Challenge for Liberals in Korea” and he gave a short rap before his talk, to the delight of the audience. No wonder he is called the “Freedom Rapper” with several short videos in youtube.

The big challenge for liberals and libertarians in Korea is that many people have accepted the strong state intervention philosophy, even among intellectuals and academics. The usual lectures do not appeal much even to the young people. So what they did, they produced several youtube clips about freedom and liberty, in rap music with dance component. This has attracted the attention of many people in Korea, especially among the youth.

He showed that before, there were only about three of them in Seoul promoting libertarianism. This has changed now as thousands of people, the young and university students in particular, are now are attending his lectures about liberalism and the libertarian philosophy. So there is hope.

A few weeks ago, he announced in facebook and other social media that he is inviting investors from the public to put up a new independent and free market think tank, the Freedom Factory Ltd. As of last night, he has received emails from 150 people, many he does not know personally, expressing support to invest. Their combined pledge has topped $70,000 already and more should come.

Dr. Kim is introducing new schemes in putting up and funding a free market think tank. And he is spreading the philosophy to more and more people. The open forum that followed was very lively, that the event moderator, Tricia Yeoh of Rakyat Institut in Malaysia, has to stopped more questions as dinner was becoming late.

Lars Andre gave a toast to freedom before dinner was served. And over dinner, discussions continued in each table. Food was nice. 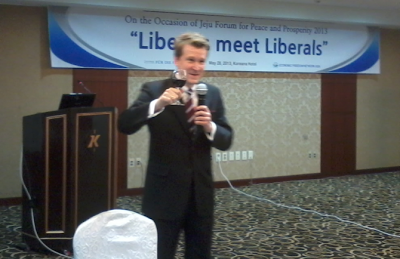 When liberals meet liberals, they naturally share ideas and stories how to further promote freedom and liberty. There is always hope, there are always new ways and schemes, to advance the philosophy of liberalism.
---------------