My article last April 7, 2013,  FAT-FREE ECONOMICS | Why not cut income taxes?
has attracted some comments, mainly from those who resist this proposal. I am copy-pasting the more substantial comments, below. To see the full comments, check http://www.interaksyon.com/business/58869/fat-free-economics--why-not-cut-income-taxes

George Dadivas ·  · University of Santo Tomas
We should elect candidates who proposes lower flat tax rates on income. It is better for the economy.  April 11 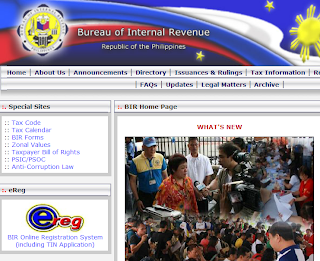 Paul Vicente V Curimao ·  · Manila, Philippines
ha! definitely lower tax rate is good. but to propose a 15% tax flat rate is irrational, irresponsible and does not look at the environment that is the Philippines. We can't always say that just because it is being applied by others we should apply it.

We should reason out that the most appropriate method is something that is acceptable to all. that is, a new tax rate system wherein everyone will comply and strict implementation will be upheld... I am not a NEGASTAR! but we have a culture that is so chinese... hanggang makakalusot, lulusot. and maximizing our profit without taking the social responsibility that we should sacrifice for the benefit of our country.

I am not being an ass here... this is simply the general truth.. it may not apply to all of us, but most of us do not subscribe to complying.. simple filing of VAT by small businesses is one of them. They may have good reasons like maliit na nga ang kita babawasan pa, but the logic here is that "ang VAT hindi naman kinakaltas ang kita sa businessman kung hindi sa mga end user.. marami pang palusot jan..

I am up for lower taxes, but we need more rational basis for lowering it down, and we should put in place a system AND CULTURE were EVERYONE will do their part! otherwise, a lower tax, much as I also like that, is an exercise in futility in the overall vision of a more progressive economic growth for the Philippines.

Paul Vicente V Curimao ·   Manila, PhilippinesIn relation to my comment - I would like to apologize for my bigotry and discriminating statement correlating greed with the chinese. Most of us here, including myself, do have some chinese and spanish blood in us. I just so happen to be considered an indio in the very sense that I do have native blood in me. but that is beside the point!

No Pinoy should malign other nationality, much more if it gives the appearance that we are maligning our very own chinese pinoy who have been part of our culture, history, struggle and way of life for the longest time... even way before the spaniards set foot on our soil.

I do apologize if I had given a bad rap to our fellow pinoys. Here's to a more progressive and responsible citizenry!

Nonoy Oplas ·
Why not debunk the 4 arguments I made why a flat tax of 15%, much better if 10%, is better. UK, Germany and France, Japan and S. Korea, US and Canada, they have very high taxes and look how they keep borrowing endlessly just to sustain their government spending.  April 21

Nonoy Oplas ·
Good question. Flat tax is not the single most important solution to those countries' problems. Rather, it is having rule of law. So economies with rule of law plus low flat tax like HK and Singapore are good examples. Japan and Korea, Germany and France, US and Canada, many other rich countries, despite their very high taxes, their public debts are also very high, they sustain their welfare system only via endless borrowings. April 21

Abby Rivera · Ateneo de Manila University
Excuse me, but Senator Ralph Recto's current term is yet to finish until 2016. Maybe you were referring to another senator who's now running for re-election? April 18

Nonoy Oplas ·
Right. I was referring to his Senatorial bid in 2007, where he lost. He won again in the 2010 elections, where the stigma of VAT hike was lower. April 21

Gian Joaquin ·  Pru Life Uk
if the government cuts income taxes and puts all of its muscle on consumer taxes, will that affect domestic spending negatively and affect the supply-demand curve? (which is the most basic of all economic and financial principles). April 16