Newly elected Sen. Nancy Binay ranked 5th out of 12 Senators recently proclaimed by the Comelec. Being a never-heard political personality nationwide until November 2012, she suddenly shot up in the top 15 candidates when she was drafted by UNA in December 2012. The rest is history. Below is her political pedigree. 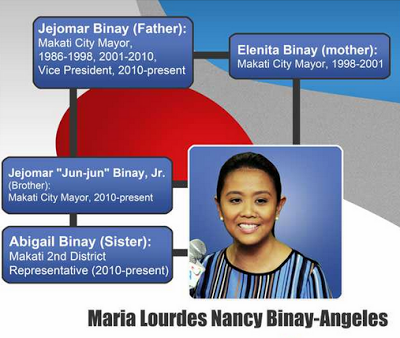 Some political cartoons during the campaign period, below. 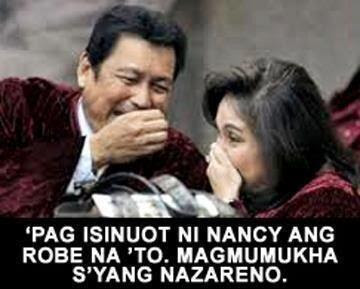 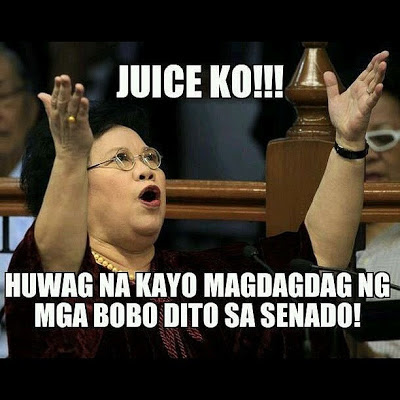 Well, the joke is now on the voters, you and me included.

On the part of #1, Sen. Grace Poe who got 20.15 million votes, almost two million higher than the 2nd placer Loren Legarda who got 18.48 million, there are also jokes and memes about her, but less offensive. Like this one. 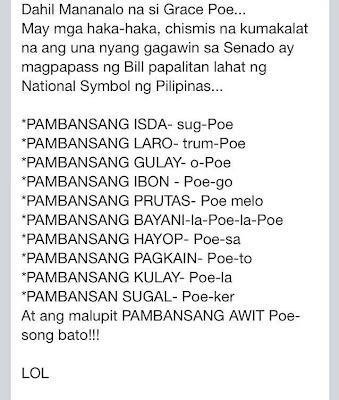 Meanwhile, a funny story about the Batangas Gubernatorial elections of 2013, from a friend, Derrick Gerardo Manas, who posted this in his facebook status and gave me permission to re-post:


The guy who challenged Governor Vilma Santos is Marcos Mandanas Sr. a distant relative of Congressman Hermilando Mandanas,who himself was a former Governor who is supposed to run but decided to back out.

Marcos Mandanas Sr after filing his candidacy last October for Governor to challenge Vilma Santos, suddenly visited Governor Vilma Santos in her office to shake her hands and to top it all - ASK FOR DONATIONS FOR HIS CAMPAIGN AGAINST HER, Bwahahahaha! and the Governor laughingly gave him some bucks! hahaha
I got this story from a reliable source in the Capitol of Batangas.

perennial crackpot Presidential candidate before, Danny(?) Racuyal. Among his programs if he won as President was to enclose the entire Philippine archipelago in one big glass, and turn on several giant air-con. He noticed that cold countries are more developed than hot and tropical countries, so by making the Philippines colder, the country would develop economically.

When he was asked, "How do Filipinos go out of the country or how do foreigners visit the country if there is a huge glass surrounding it?" He replied, "that's a stupid question." :-)