This morning, I attended the 4th Freedom Run sponsored by the Friedrich Naumann Foundation for Freedom (FNF) in partnership with other organizations, government offices and private enterprises. It was a big number of runners today, more than 3,200 people registered. The first five photos below from the FNF fb page and Jules' camera. 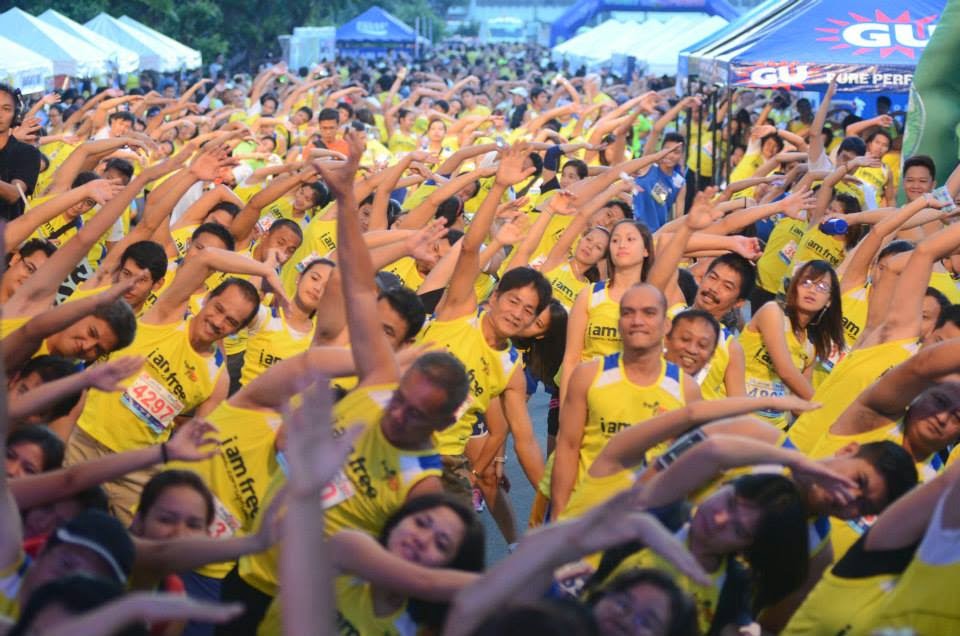 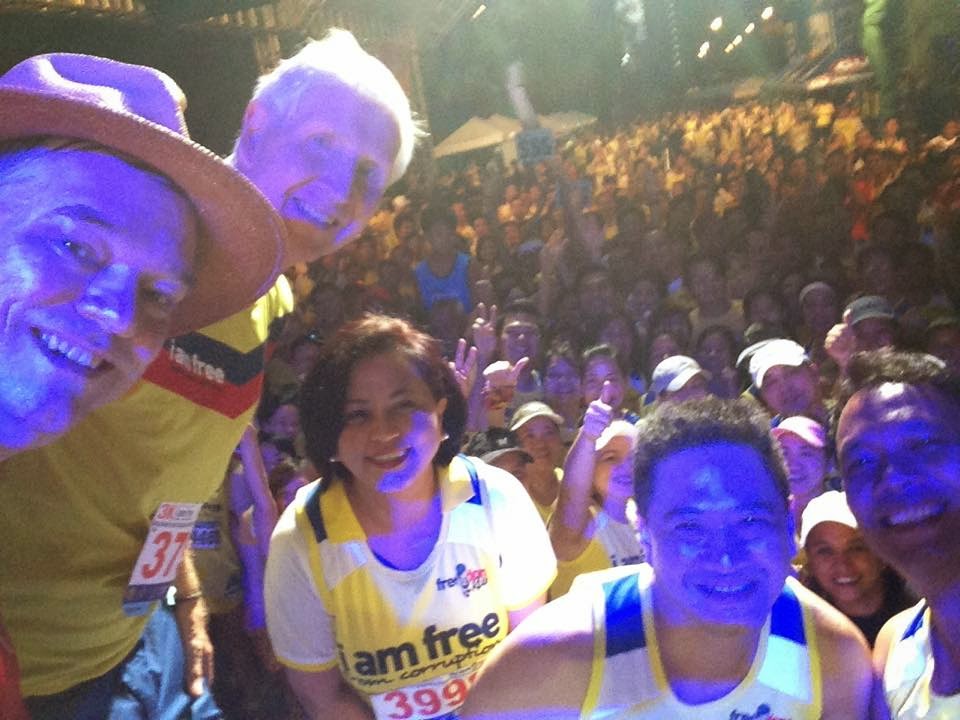 It was fun in the early morning, with early band performers, warm up exercises, etc. 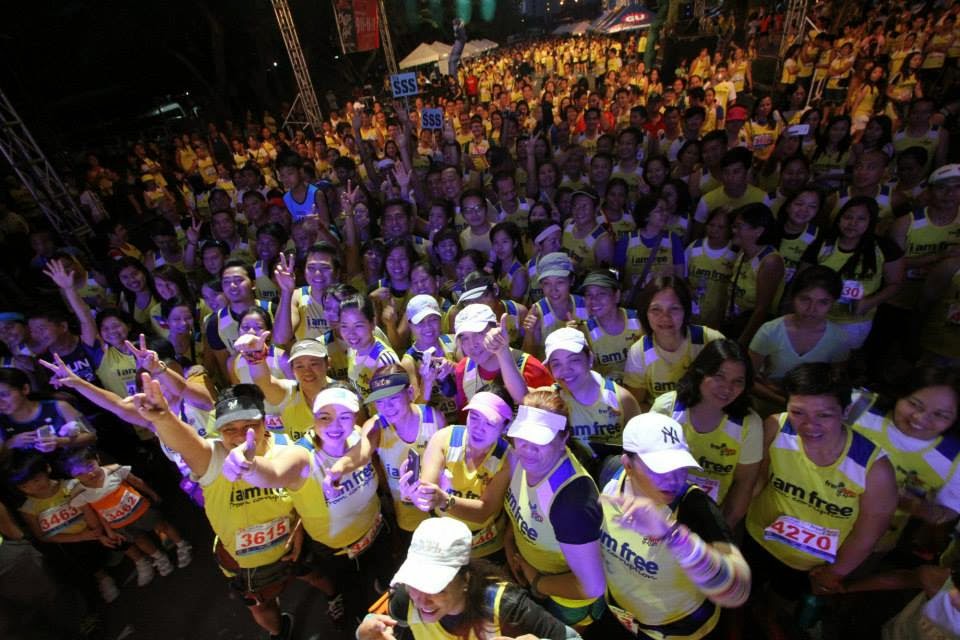 The marshall though told the 10K runners, me included, to go to the starting line early, and this is far from the stage. So we missed some  of the speakers. 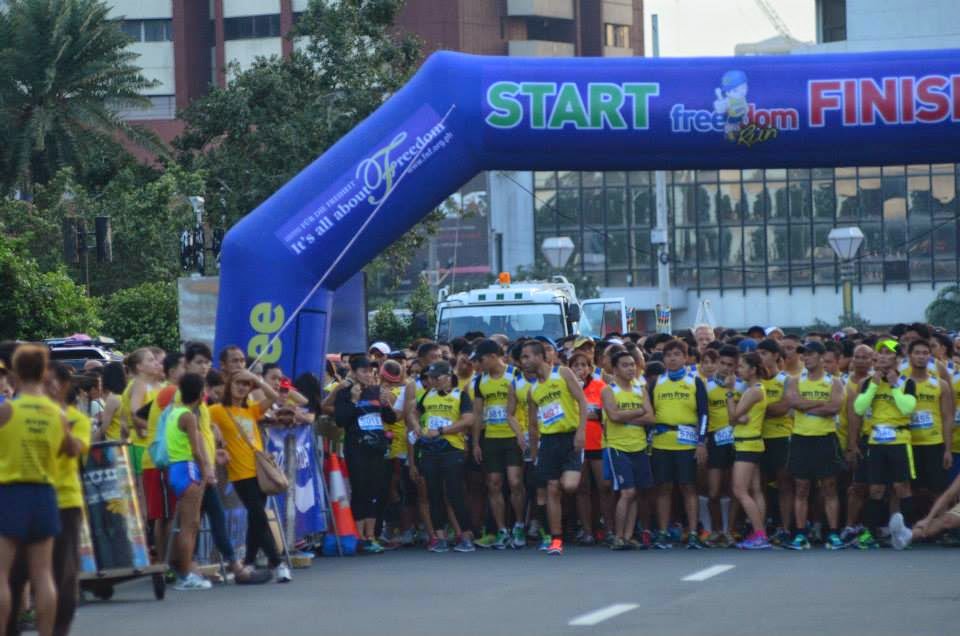 Actor Dingdong Dantes was there, he arrived late I think. He joined the 3K runners. Last year, he also joined the Freedom Run, with gf Marianne Rivera. 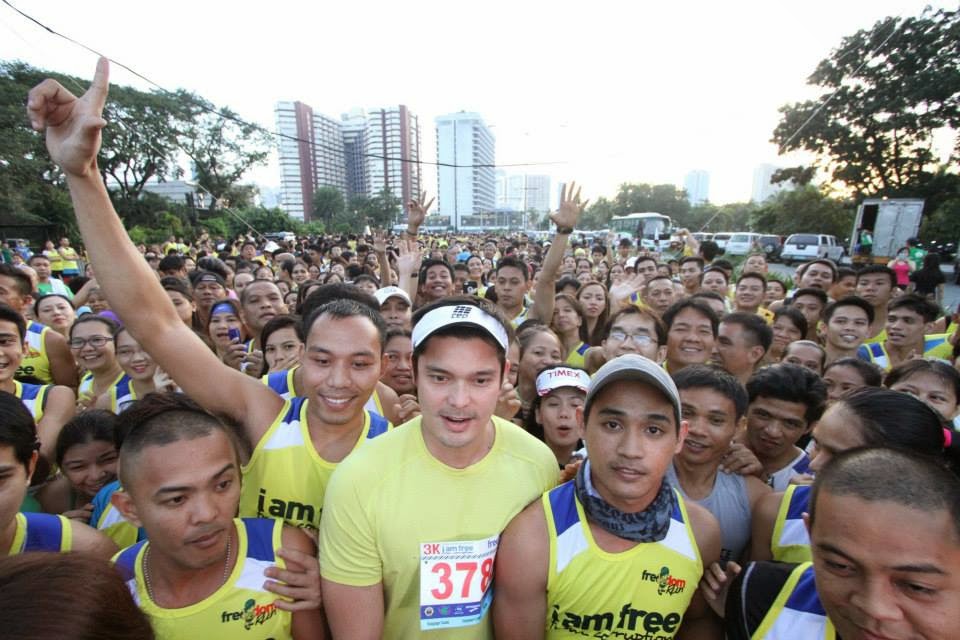 This one-legged runner, the other leg on prosthetics, impressed me. I took his photo on our way back to the start/finish. Then I briefly ran with him, he said he met an accident, his left leg was amputated. 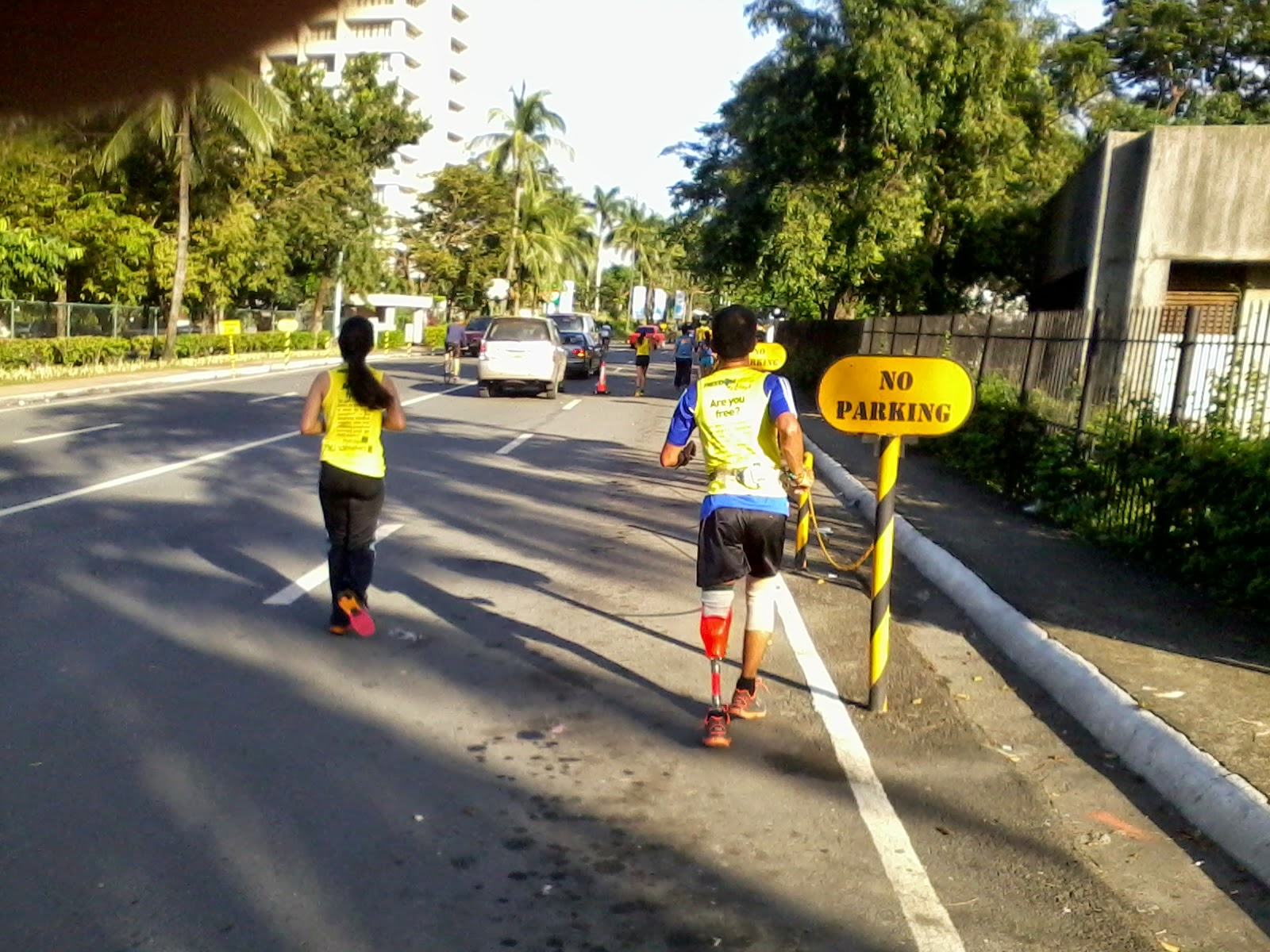 This is my 4th, straight participation in Freedom Run. The 1st Freedom Run in 2011 held in UP Diliman campus. It was only a 3K and 6K run, many joined it. This photo taken by Jules Maaten. 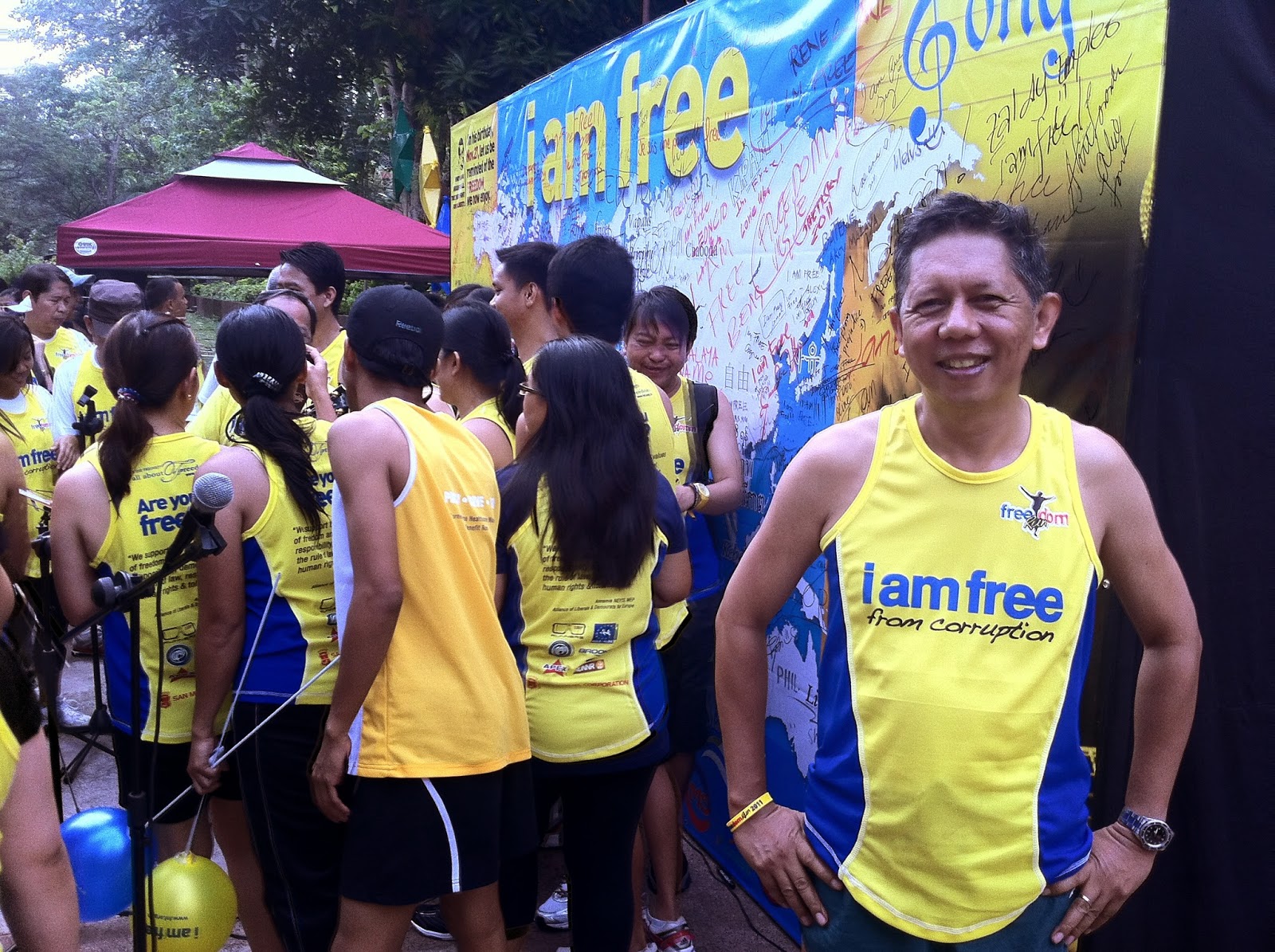 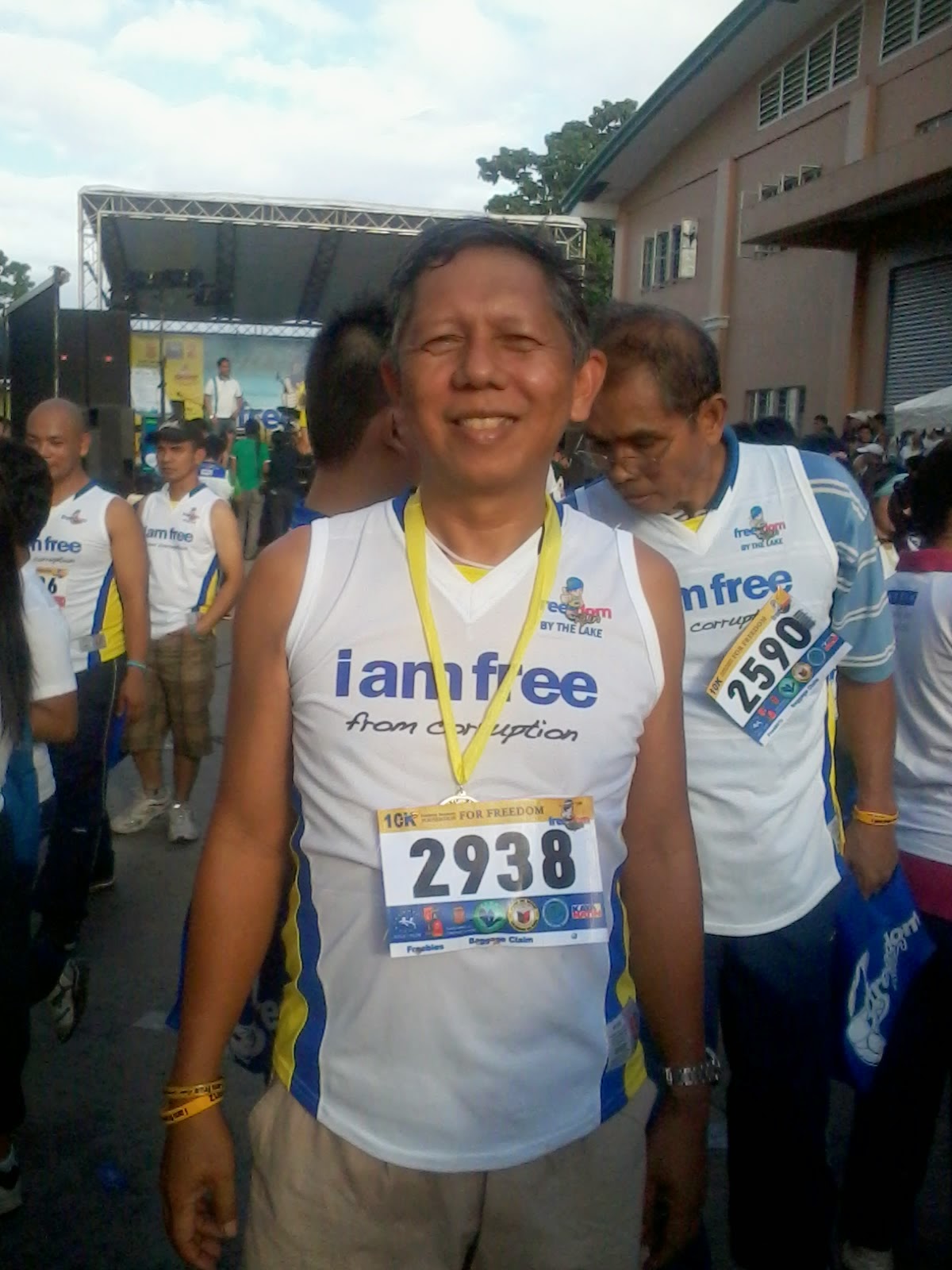 The 3rd Freedom Run in 2013 was held at the Quezon Circle, going to Commonwealth Ave. and back. Here with friends from FNF, from left: Julianne S. of the regional office in Bangkok, Thailand, Pimrapat also from Bangkok, Sungeun Lim from FNF Korea, and Wimonpug also from FNF Thailand. 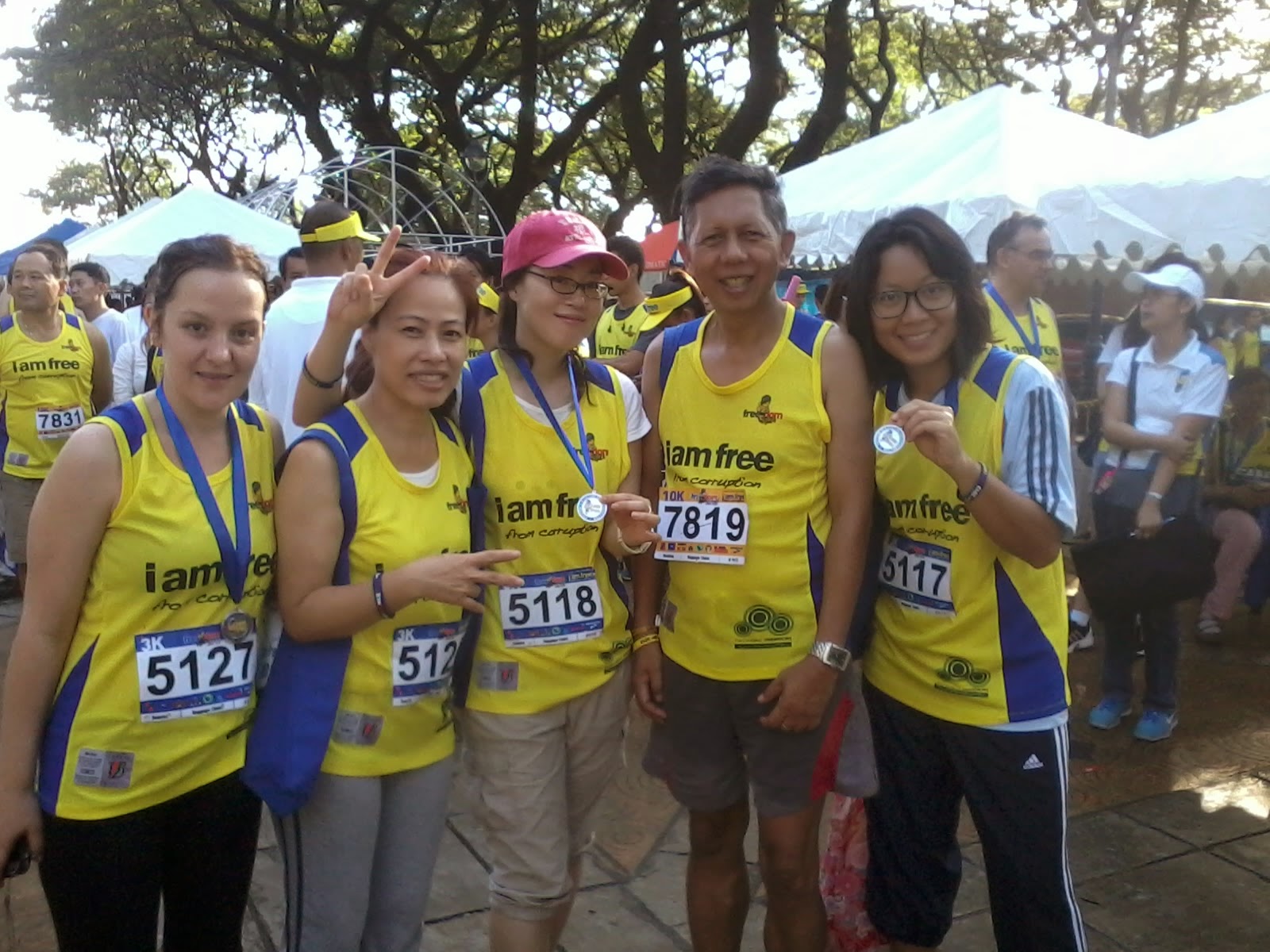 Today, I met a friend from Congress Mountaineers, Doming Gonzaga. He also ran the 10K. Another fun day. Thanks FNF for organizing such a famous running for freedom annual event.
-----------