My friends at the Lion Rock Institute (LRI) issued this statement the other day. I think it is a sensible position. In particular, I like these sentences, "... We recognize that the current atmosphere in Hong Kong is highly fractious and that debate on the streets is highly inefficient in settling the issue one way or the other. We recognize that the function of the legislative debating chamber is to channel the sentiments on the streets into a venue where efficient debate and policy formulation can take place." 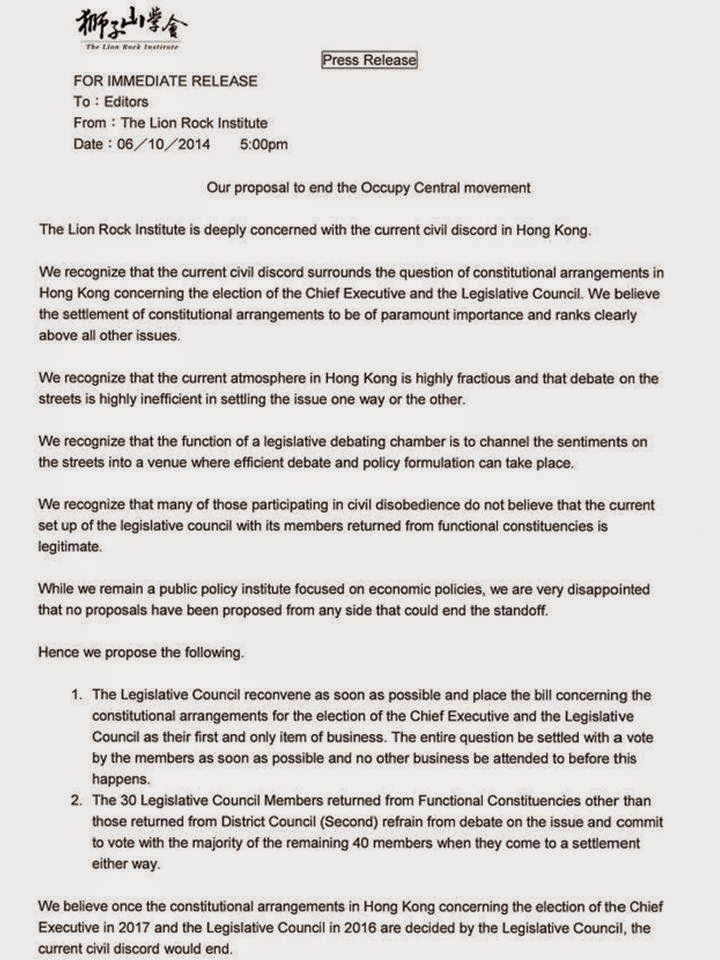 Street protests are effective in showing public sentiment, and I support them. But in terms of producing the proper public policy, things have to be done in debate chambers where logic and data are presented from all sides.

Meanwhile, most media reported that the protests have dissipated after an ultimatum by the HK government to disperse the huge crowd. But last night, many people converged in Mong Kok to continue the street protests.  Photo from the Harbour Times. 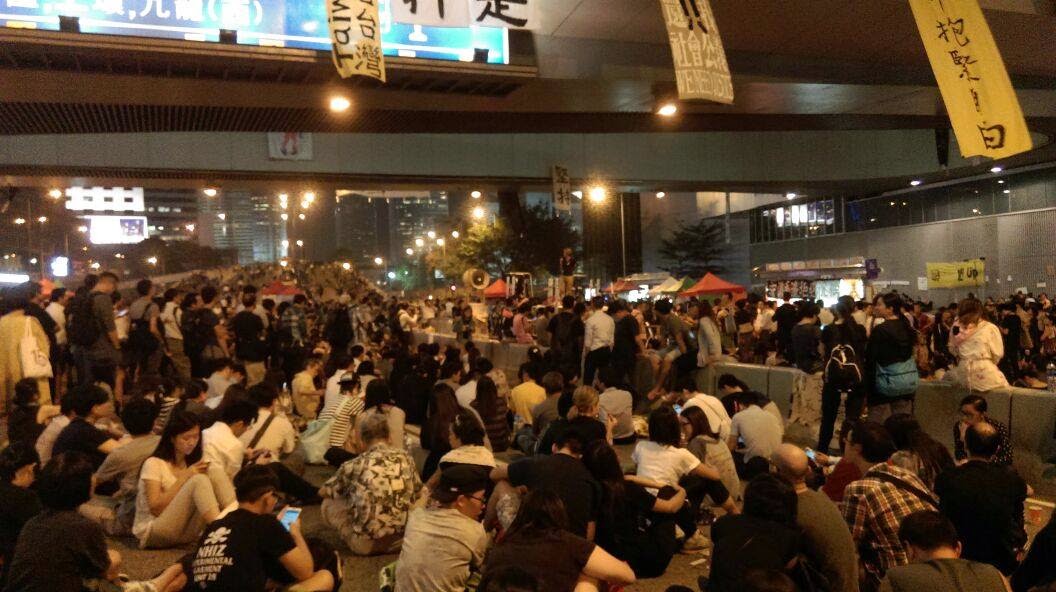 Last week, photos of armoured personnel carriers (APCs) were posted by the Harbour Times. There was one comment, "We locals have never seen more than one or two such vehicles at this site these past 17 years, but in the last day or so, 30 have appeared, only 15 minutes drive from the democracy demonstrations. "PLA troops will not be used to stop the demonstrations" said Chief Executive Leung Chun-ying. But what are the vehicles doing in Kowloon at this demonstration time???" 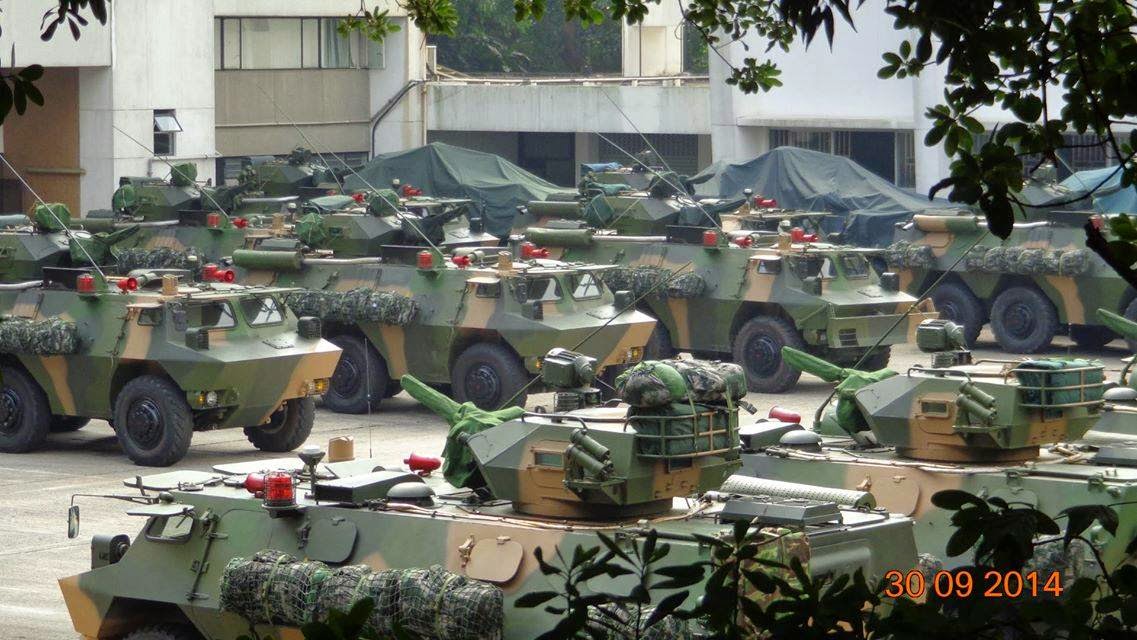 A friend from LRI, Dan Ryan, was interviewed and quoted by The Australian, 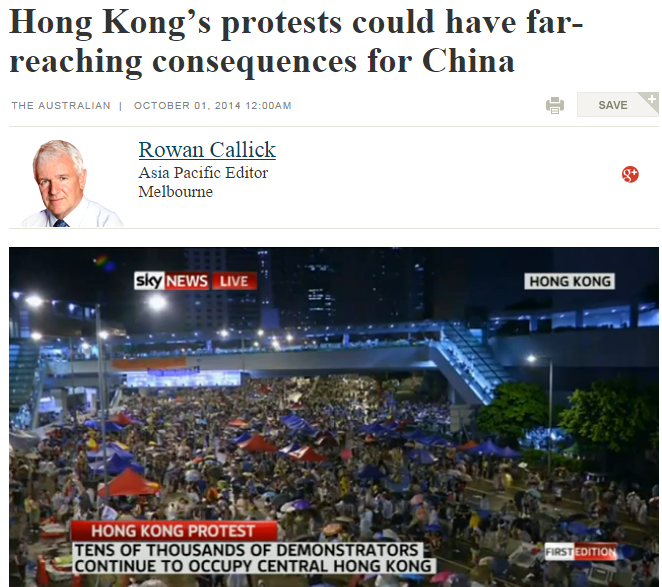 Dan Ryan, the director of Lion Rock Institute, Hong Kong’s leading liberal market think tank, says: “... Despite the changes over the last couple of decades in China, Hong Kong still retains its own unique cultural, economic and political character. The leaders in Zhongnanhai in Beijing, like the bureaucrats of Brussels in Europe, have a working assumption that the march of history requires ‘ever closer union’.

“This assumption should not go unchallenged.”

Ryan suspects that “any Hong Kong leader, elected by genuine universal suffrage, would likely behave as a leader of Taiwan or Singapore does today.

“He or she would continue to be in favour of close economic and friendly diplomatic ties with mainland China. A very loose federation or a commonwealth of independent nations ultimately seems like a much better goal for Greater China to aspire to.

Amen to Dan's proposal. A decentralized and loosely inter-connected federation of independent countries is the best set up for China and its neighbors with shared ethnicity. A heavily-centralized, allergic to democracy and freedom of voting set up is a lousy set up.
--------------