Here's a good reflection paper by a young participant from Seoul during the Economic Freedom Network (EFN) Asia Conference 2014 in Hong Kong. This is posted yesterday, 09 February 2015, at the EFN Asia website. Reposting it here.

… This year's topic of the annual conference was 'Liberalism: Promoting Growth, Reducing Inequality', and the members from developing Asian countries gather together to discuss the methodology to boost the economic growth and to decrease the social inequality. Although economics wasn't my major in the university, I was willing to give my best effort to engage myself in the discussion concerning 'Growth and Distribution' with the experts from many Asian countries.

Though, to some extent, the annual conference of EFN Asia required the participants to possess specific expertise in terms of its subject, the way of participation was fresh and distinguished from any conventional forums or international conferences. When one session finishes, any participants of the conference become either speakers or audiences freely walking around the conference room. While holding a cup of coffee on one hand, and snacks one the other hand, all the members involved in the conference conversed with each other, as if they had been old friends. 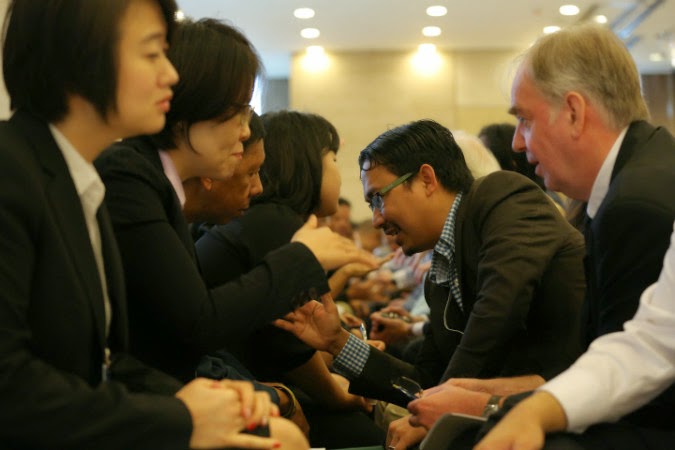 The most impressive programs were 'Asian Cafe' and 'Speed dating'. At first, 'Asian Cafe' is a program inspired by 'World Café', which encourages the participants to communicate in a relaxed atmosphere, so if someone presents their national economic situation and ideas to deal with the presumable problems, effective counterplans are sought through a discussion. Secondly, 'Speed dateing' was also a program, in which the participants exchange ideas about current economic issues with their partner and then they have a short discussion within one minute, yet they have to change the partner constantly. 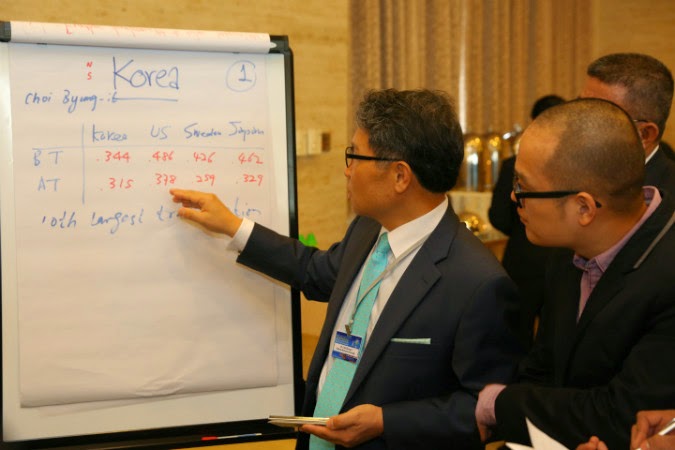 Choi Byung Il, President/CEO of Korea Economic Research Institute, took charge of the host for 'Asian Cafe' for Korea case study. He pointed out the vulnerability of domestic market and the unpreparedness for the coming aging society as the main problems of Korean Economy, and urged the modification of the economic fundamentals. Since all the participants might share the ideas regarding growth and distribution from the perspective of liberalism, lots of people agreed on his opinion. Especially, an opinion suggested by an Indian panel claiming that economic system without innovations is not only hard to sustain, but it can also cause a retrogression of free market economy appealed to the participants 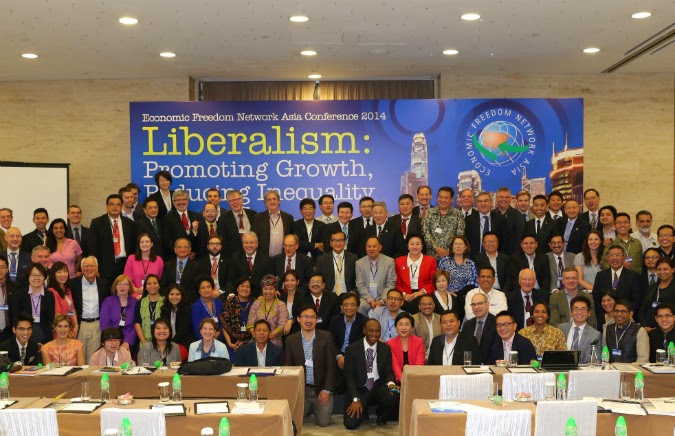 Also, most of participants agree on the proposition that without growth, there's no distribution. After the two day's long conference, I naturally thought of South Korea. The discussion about free school meals has recently resumed. The relationship of growth and distribution is complementary, so it's hard to stress just one aspect. Nevertheless, the one thing obvious is that it's an absurd idea to insist only the importance of distribution without considering that of growth seriously. Korean economy is struggling with its frozen domestic market due to several unfavorable conditions such as international recession and weak yen, presumable economic risks from China. I doubt whether such situations are contemplated enough in the discussion concerning the free meals in schools. I came up with the people saying "don't be too stingy with foods for kids." It's really pity that the main point of the discourse is blurred by such a groundless, emotional opinion, when realistic thoughts and decisions are required. The experience in Hong Kong made me think of the relation between growth and distribution as well as the legitimacy of approach evaluating the reciprocity of those two values according to the political logic.
-----------