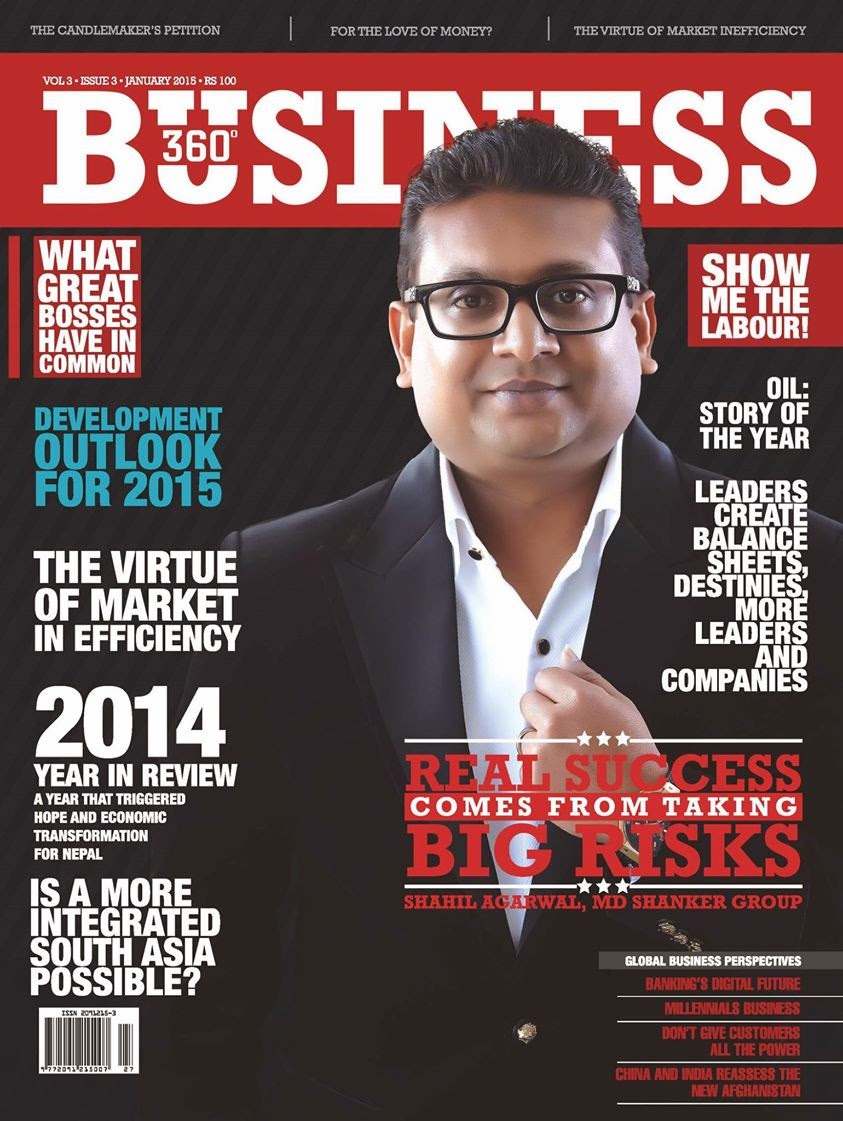 
Cheap oil: an opportunity to deregulate and demonopolize the oil industry
The continued decline in global oil prices is at least good news for many developing economies who can take advantage to grow faster. After all, most economic activities require oil input – from buses and cars, tractors and fishing boats, airplanes and ships, bulldozers and backhoes, oil power plants and generator sets, and so on.

Current low prices have not been seen since six or more years ago. Below are the charts for the last five years (left) and past month (right) of West Texas Intermediate (WTI) crude prices.

While some big oil companies and their allied firms in other industries are not happy with this fall, most
industries and sectors that rely on bought oil products are relieved. People who save on their land travels because of high oil prices can now drive and visit more places as their cost per trip has significantly gone down. Airlines, shipping lines and bus lines should be capable of cutting their fares as their  fuel costs have significantly declined. All these help expand the production of goods and services, eventually fuelling economic activates.

On the supply side, the huge output from US shale oil, plus Canadian oil have swamped many oil importing countries’ inventories, and OPEC member countries did not cut their collective output as they used to do, retained its output at around 30 million barrels a day in order to protect their global market share.

On the demand side, some industrial countries experienced low or flat growth. Japan even went into a recession in 2014. Thus, their oil demand either went flat or negative. Meanwhile cars’ fuel efficiency worldwide is improving, meaning they can run longer stretch of roads with the same amount of oil.

The reduction in global oil prices is also reflected in Nepal’s local oil prices, as shown below.

From this writer’s limited readings of the oil sector in Nepal, three interrelated issues stand out.

First, the oil shortage in some areas of Nepal in recent weeks, an ironic situation since the world is awash with an over-supply of cheap oil. The reason given was that the “fuel supplied by Indian Oil Corporation (IOC) is not as per the standard set by Nepal Oil Corporation… officials are undecided on whether to return them to India or supply them in the market.” (source: Nepalupclose.com)

Second reason is state monopolization of oil trading through the Nepal Oil Corporation (NOC). Oil prices are fixed by NOC’s board, which is composed of officials from the Ministry of Commerce and Ministry of Finance, among others.

Third reason could be oil supply monopoly of Indian Oil Corporation Limited (IOCL) to NOC. IOCL is also a state-owned enterprise of  India, the biggest corporation there and among the biggest firms in the whole world. 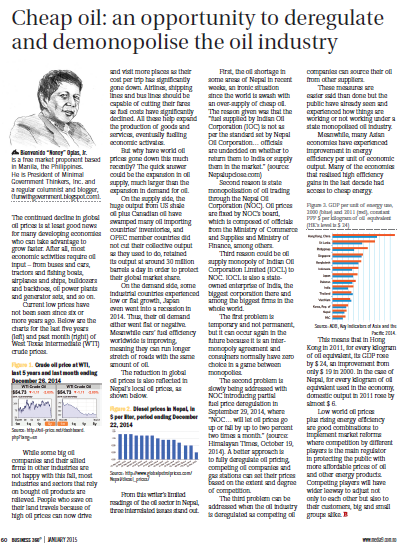 The first problem is temporary and not permanent, but it can occur again in the future because it is an inter-monopoly agreement and consumers normally have zero  choice in a game between monopolies.

The second problem is slowly being addressed when  NOC introduced partial fuel price deregulation in September 29, 2014, where “NOC… will let oil prices go up or fall by up to two per cent two times a month.” (source: Himalayan Times, October 19, 2014). A better approach is to fully  deregulate oil pricing, competing oil companies and  gas stations can set their prices based on the extent and degree of competition.

The third pProblem can be addressed when the oil industry is deregulated as competing oil companies can source their oil from other suppliers.

These measures are easier said than done but the public have already seen and experienced how things are working or not working under a state monopolized oil industry.

Meanwhile, many Asian economies have experienced improvement in energy efficiency per unit of economic output. Many of the economies that realized high efficiency gains in the last decade had access to cheap energy. 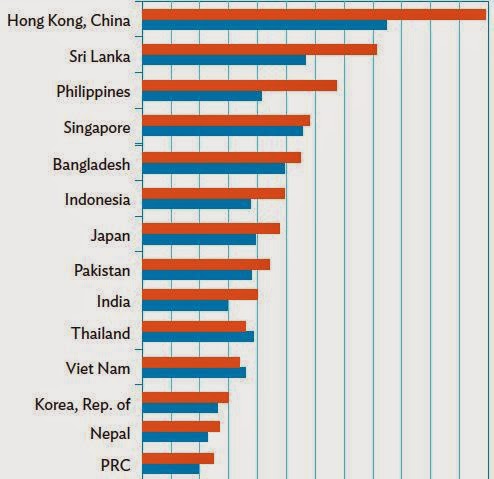 Source: ADB, Key Indicators of Asia and the Pacific 2014.

Low world oil prices plus rising energy efficiency are good combinations to implement market reforms where competition by different players is the main regulator in protecting the public with more affordable prices of oil and other energy products. Competing players will have wider leeway to adjust not only to each other but also to their customers, big and small groups alike.