More welfare and subsidy programs for the poor, are they really needed?

Let us count the existing ones, at least the major subsidy programs:

If these huge and continuing subsidy programs were effective, at least for the first six, there should have been no need for the other welfare programs, especially the conditional cash transfer (CCT) program.

Given this trend of increasing or expanding welfare programs, it will not be far out that soon there will be iPad for the poor and 2nd-hand cars for the poor.

What is happening now, with the blessings or direct promotion of the UN and its MDGs, is that one welfare after another is being invented and implemented.

People should have more personal and parental responsibility in running their own lives and their households.

This is not to say or generalize that all poor people are lazy, drunkards or gamblers. Many are but not all. Poverty can be caused by nature, like a strong typhoon and big flood destroying the house, car/tractor, crops and other assets and investments. Government welfare programs are justified and needed, with time frame.

It is different  when poverty is self-inflicted. Like those who do not want to work, or they work 5 days a week but also party 5-6 nights a week and have zero savings, or spend all of the savings in one or two big party and have nothing or very little left. 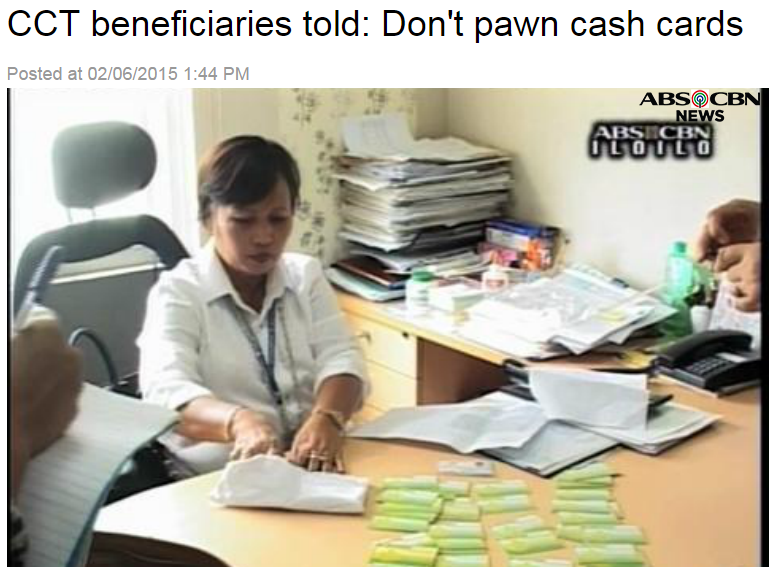