(Note: This paper is reposted in www.capx.co,  Thanks Zac.)

The highest possible score that a country can get is 30 points, and here is the Overall economy result. 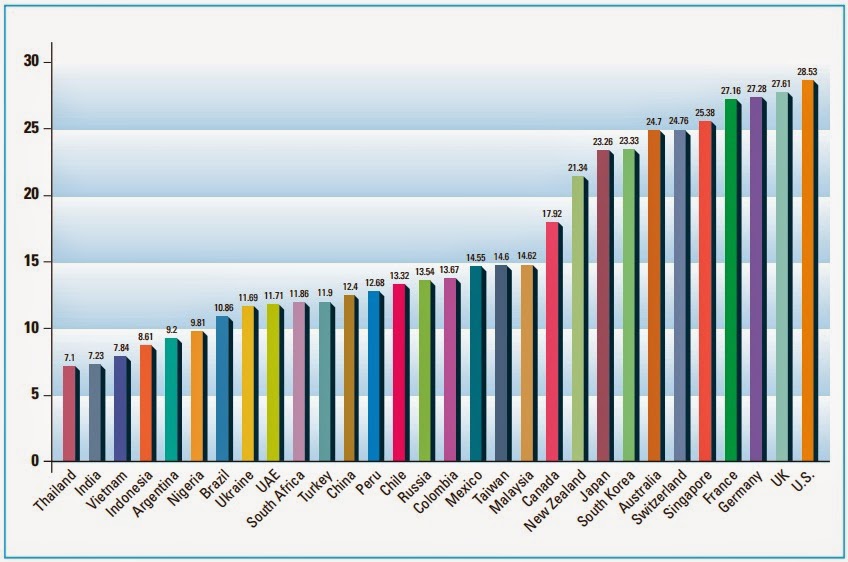 In the 2014 Report covering 25 countries, this is the overall economy result. 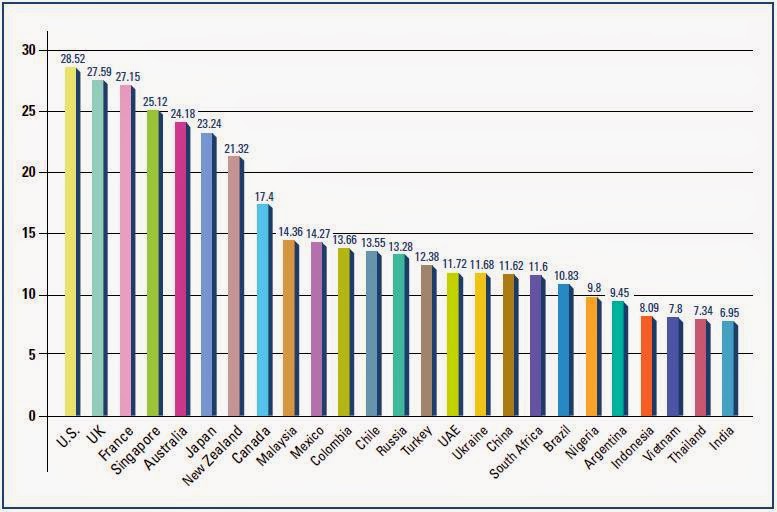 This chart is interesting. IP Protection and foreign direct investment  (FDI): Case Study of the Life Sciences in Terms of Clinical Trial Activity. Positive relations of course, meaning as the score in  the IP  Index (ie, more/strong IP protection) rises,  the number of volunteers for  the  clinical trials also rise. A number of Asian economies though remain at the bottom. 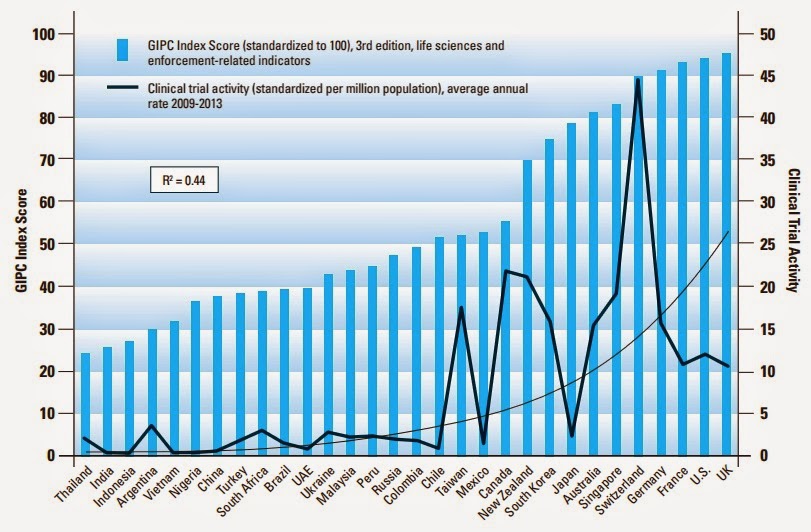 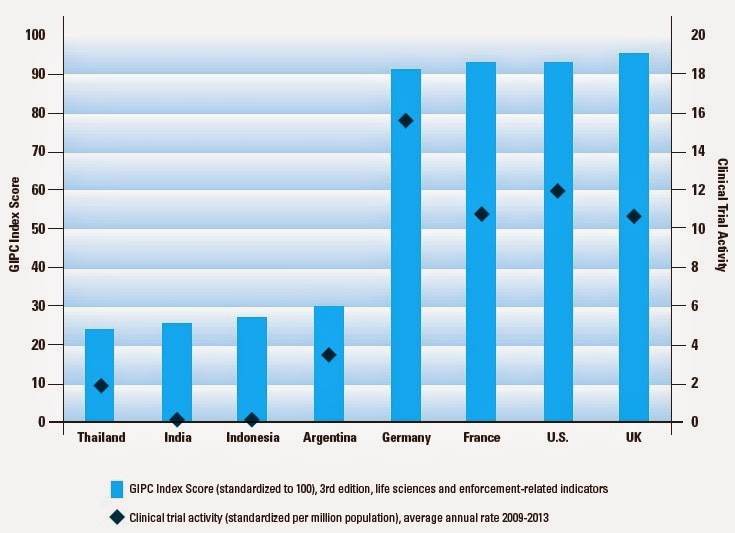 * and R&D expenditure: Companies in economies with advanced IP systems are 40% more likely to invest in R&D.

* and high-value job growth: Economies with favorable IP regimes employ more than half their workforce in knowledge-intensive sectors.

Amen to these conclusions. And thanks to the GIPC for coming up with this annual report.

I have debated in the past, two groups  of anti-IPR activists. The first are the socialists, they argue that private property ownership, both physical and non-physical/intellectual, should belong to the state and/or the public domain. The second are the libertarian anarchists, they argue that while private ownership of physical goods is justified, private ownership of IP is not because the use of ideas like an e-book, a song, etc. is non-competing, non-exclusive. IPR only protects  the  big companies, the cronies, they add.

The two groups are wrong, of course. They treat or assume that ideas from some scholars and inventors are similar. So the use of those  ideas are non-exclusive. Nope,  not all ideas are similar or the same. Most ideas are lousy if not outright stupid, they are numerous, they do  not need protection  because their supply is unlimited, unrelenting.


In contrast, bright ideas are scarce and limited. They need protection so  that mediocre ideas and minds cannot simply copy them and say, “Oh I/we also invented or  composed that.”

Scientific American (SA) magazine also develops its own international IP index called "World View" and its assessment for the Philippines are as follows:

"A FIGHT FOR THE PHILIPPINES

Intensity & workforce make the difference. In an unwanted three-peat, the Philippines landed in the Bottom Five again this year. Moreover, it is the only member of this year’s group that also held the distinction last year. All of the other countries—Indonesia, India, Ukraine and Argentina—escaped the Bottom Five in 2013.

As in the Top Five, Productivity does not make the difference. In fact, all of these countries perform poorly in that category, which could further drive down their scores in some other categories, thereby reducing their overall innovation ranking. In general, two categories—Intensity and Education/Workforce—suggest the source of the problem in the Philippines’s biotech innovation potential. Among the other countries in the Bottom Five, the Philippines tied with the Ukraine for the lowest Intensity score of the bunch. Then, in Education/Workforce, the Philippines received the lowest score of any of the countries in this group. Interestingly, the Philippines earned the best IP Protection score of the bottom cohort, which suggests that biotech innovation could at least be safely developed there from a profit potential. This should offer hope to the country’s biotech industry.

All of the Bottom Five countries perform poorly in our Policy and Stability category, and that’s never good for business, at least not legitimate ones. Improvements here could go a long way toward developing a successful biotech industry in these nations."

There is a positive news for the Philippines, though. 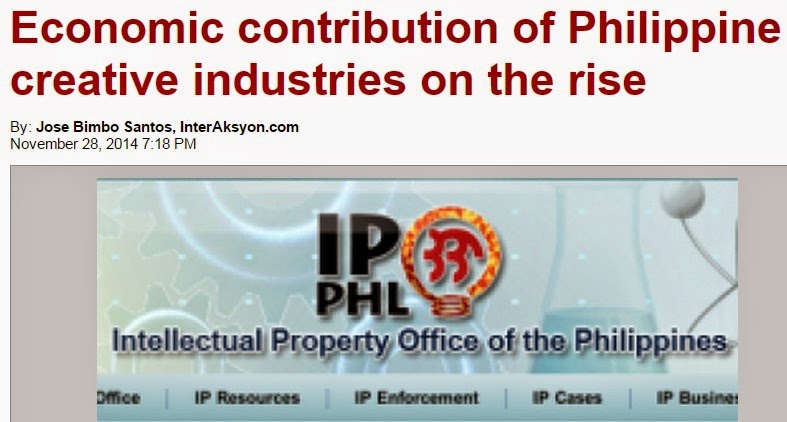 Copyright-based industries (CBIs) nudged up their contribution to the Philippine economy amid the expansion of companies in the creative field.