Last Wednesday, Zimbabwe's Prime Minister - President - dictator from 1980 to present (35 years) Robert Mugabe falls or trips on a red carpet at Harare Airport.  It was reported in BuzzFeed News the other day. 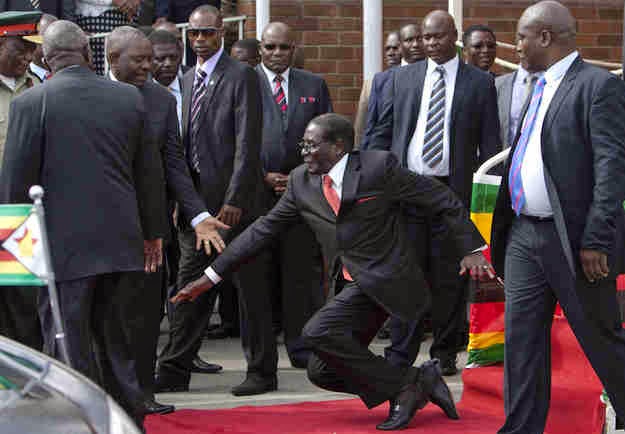 Many memes were invented since then. Next 5 photos below are some memes published by that news that I like. :-) 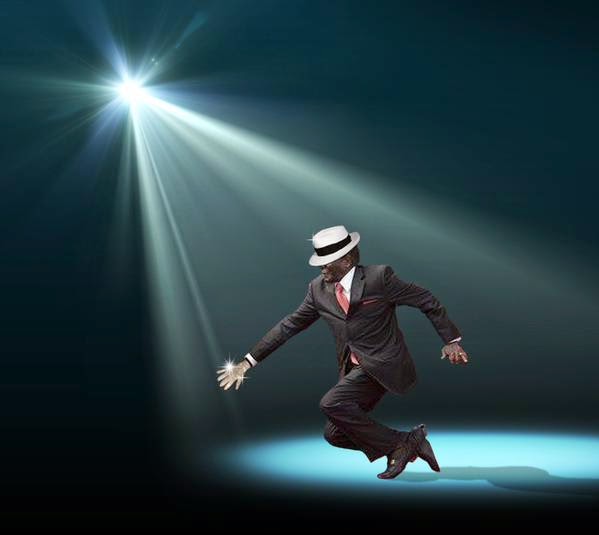 The guys who made these photoshops are creative and got good humour. 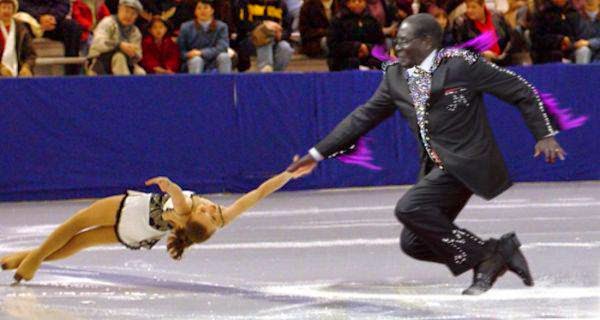 Usain Bolt is defeated in the 100 meters sprint! 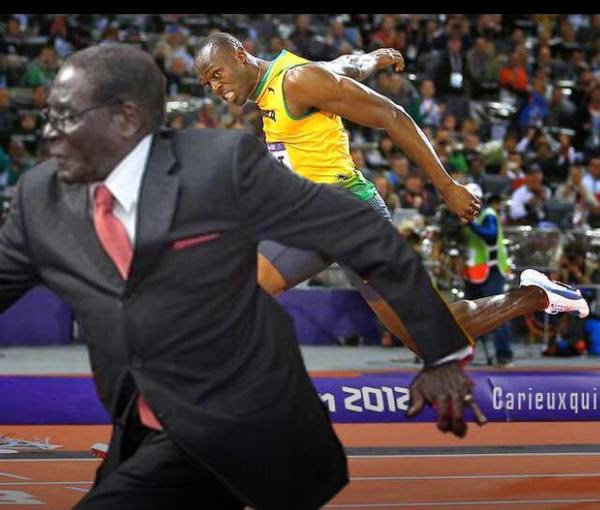 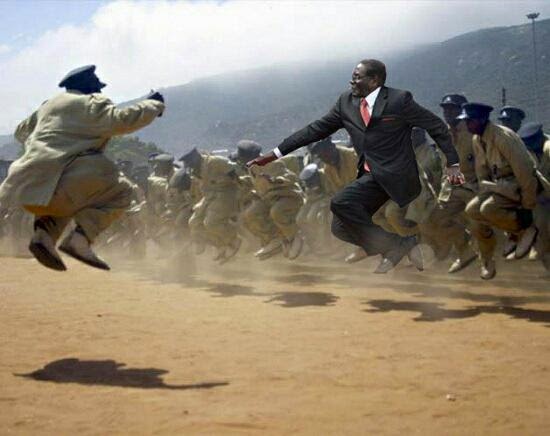 Neo, Mugabe and the Matrix.

These photos I got from twitter under #MugabeFalls subject. 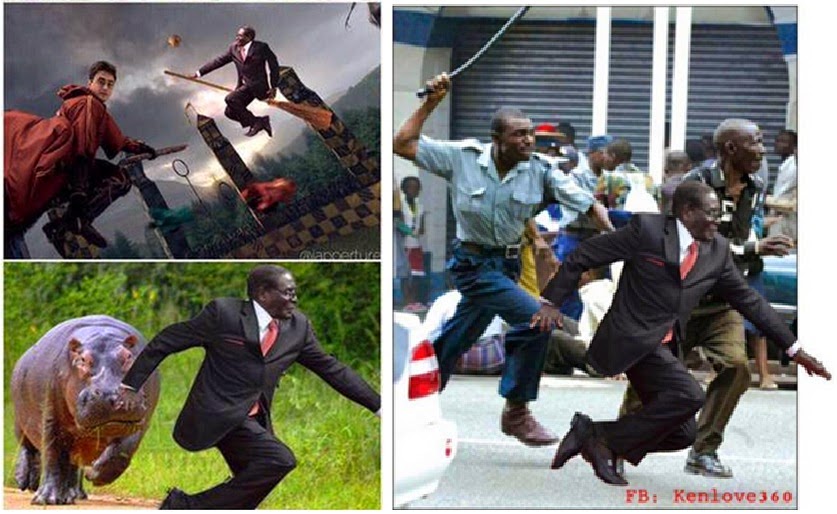 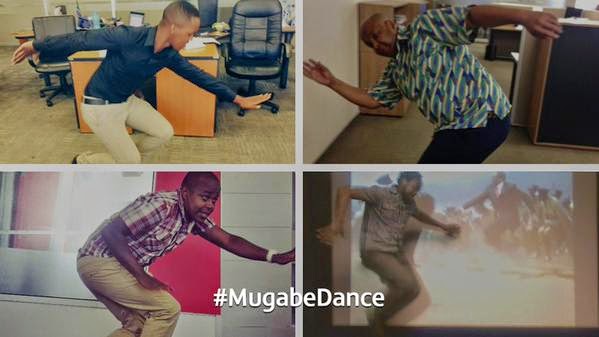