The UP School of Economics Alumni Association (UPSEAA) holds a regular, monthly lecture or social event given/hosted by an alumni, or a supporter of UPSE. Last January or February was the joint lecture by then DBM Sec. Ben Diokno and NEDA Sec. Ernie Pernia, both former faculty members of the school. Last March a tour of Limtuaco Museum in Intramuros, Destileria Limtuaco is headed by UPSEAAn Olive Limpe-Aw, her son is also a school alumni, Aaron L. Aw. Last April... I don't remember.

Last May 24, a lecture by Robina Gokongwei-Pe, also an alumni and head of Universal Robina, other Gokongwei companies. I wanted to hear the lady but I was in Sydney that week, attended the 7th ALSFC and WTA conference. So I just went to the UPSEAA's fb page and dug some photos, reposting some pics here. 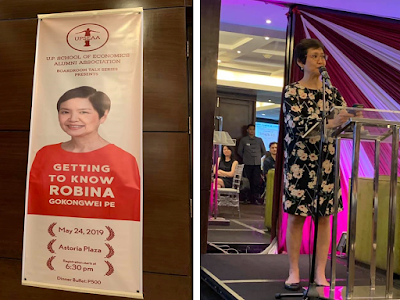 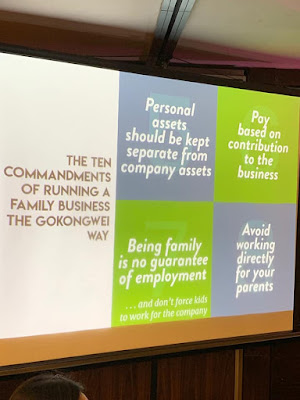 An old joke that I shared at the UPSEAA viber group:

There are several ways to successful business -- the Protestant ethics way, the Jewish way, the Confucian way, and the Gokongwei. :-)

From some of Robina's slides, wow! 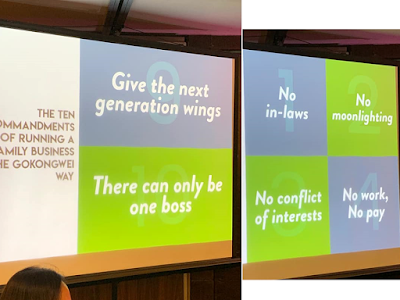 Now see one of the reactors to her talk -- Coach Bo Perasol, of the UP Fighting Maroons, UP Men's Basketball Team at the UAAP. 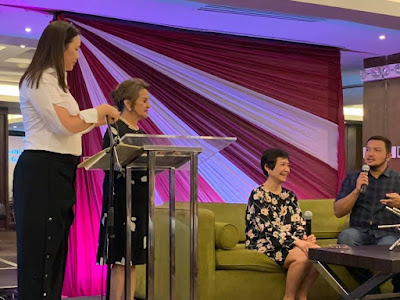 Coach Bo gathered five of his UP players that night, including team stars Bright Akhuetie and Juan Gomez de Liano. They came because Robina has been one of the original private sector donors of the team, they recognize her support. 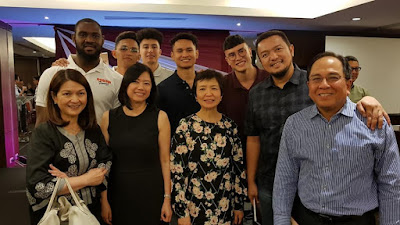 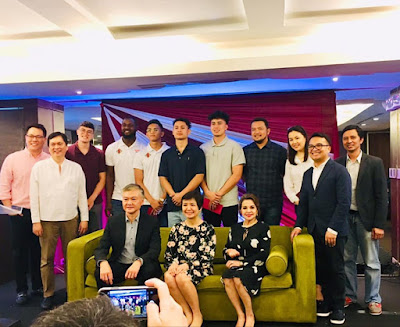 I like to hear speakers from the private sector, especially humble yet successful business leaders. Too bad that I missed it. 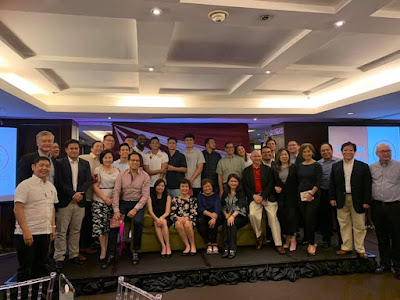