Two weeks ago, this column argued for the President’s veto of HB 8179 or the Solar Para sa Bayan Corp. (SPSBC) franchise bill. I quoted the objection speech of Senator Sherwin Gatchalian, Chairman of the Committee on Energy, on why the bicameral report should not have been ratified.

Then these two reports in BusinessWorld came out last week:

The first is about the statement of Philippine Independent Power Producers Association, Inc. (PIPPA) asking President Rodrigo R. Duterte to veto the bill because the SPSBC franchise “only serves to create chaos in regulation, act as a disincentive to investors, and show the public that undue advantages can be granted to people in power.”

The Philippines is until today still a laggard in energy infrastructure and capacity compared to its neighbors. Our primary energy use, including oil consumption for transportation (land, sea, air), is even lower than Singapore which has just 5.7 million people but attracts some 15 million foreign visitors and investors (see table). It is not wise to give a special privilege to just one company simply because it projects itself as a greenie solar firm. 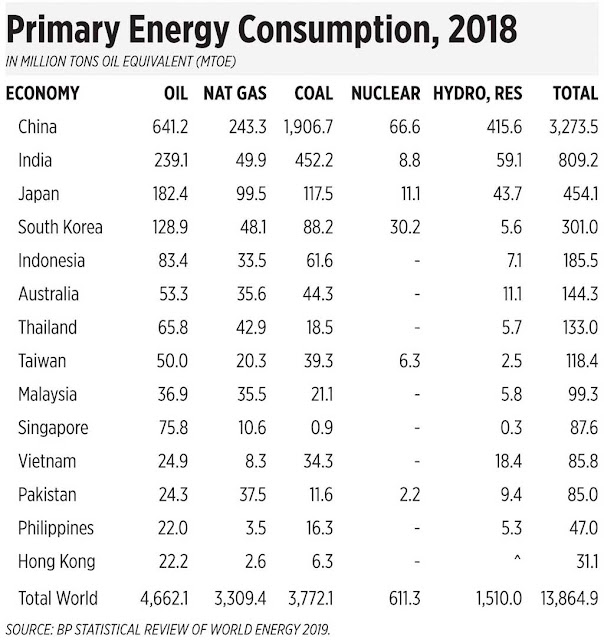 Solar para sa Bayan Corp. is a Solar Para sa Politika project. President Duterte should veto it in its entirety. If he signs it into a law, it will be a precedent for many other cronyist bills to be filed in the next three years. Goodbye further to rule of law in the country.
----------------