Last year, June 26, 2018, I received an email from Mr. Chad de Guzman, Digital Producer of CNN Philippines. He was writing about the Feed in Tariff Allowance (FIT-All) and asked me several questions.

Backgrounder -- FIT-All is additional cost in the monthly bill of all electricity consumers nationwide, the difference between the guaranteed price (for 20 years) of favored renewables and the market clearing price (MCP) in WESM. In short, subsidies to renewables, especially wind-solar. This is contained in the RE law of 2008 or RA 9513 but FIT-All was imposed only in 2013, started with 4 centavos/kWh. Then it kept rising in 2016-2018 to 25 centavos/kWh.

Below were the questions sent by Mr. de Guzman:

"Who should be paying for FIT in your opinion?
Do you think amendments to the FIT provisions, especially the guaranteed price lock-in, would be enough to ease the burden on consumers? Or is abolishing the system better?
Can the Philippines begin a just energy transition with the government's "Build, Build, Build" program in tow? What is there to compromise?"

I replied to it the next day, then he made follow up questions:

"Sir, you're saying that we cannot shift our baseload completely to intermittent renewables because of their unreliability? How would you address the climate impact of using fossil fuel, even though the PH has a low NDC?"

I answered these too. Then no more communications from him, I waited if he would alert me about his article, none.

Curious, I checked his articles in CNN PH, I saw this,

Zero mention of his interview with me. He simply dumped my response to his email interviews.

So I will post here my answers to his questions that he ignored or dishonored.

1. You said that consumers are carrying the brunt of the weight of paying for the FIT-All. Who should be paying for FIT in your opinion?

--> There should be no FIT or guaranteed high price for 20 years, in the first place. FIT is a creation of RA 9513 or the RE law of 2008, lots of cronyist provisions were created in that law (FIT, RPS, fiscal incentives like VAT exemption, ITH, etc.).

--> People who think they should support intermittent renewables like wind-solar, they should pay for their high price. No need for legislation and forcing, arm-twisting everyone else to pay their high price via FIT, mandatory dispatch to the grid, etc. People should walk their talk.

2. Do you think amendments to the FIT provisions, especially the guaranteed price lock-in, would be enough to ease the burden on consumers? Or is abolishing the system better?

--> My advocacy for free market, zero subsidy in pricing says that FIT system should be abolished by tomorrow. But my advocacy for rule of law, for respect of contracts says that those onerous provisions via the onerous law need to be respected somehow. Companies have invested billions of pesos to put those intermittent renewables, they need to recover their investment somehow.

--> I think a better compromise is to have one price for FIT for all (wind, solar, biomass, ror hydro) towards the low end received by ror hydro plants, P6+/kWh, see  http://bworldonline.com/positive-and-negative-disruptions-in-the-electricity-market/.
After all, the solar and wind advocates keep repeating the mantra that "solar tech, wind tech are improving so fast that the cost is declining also very fast." Let them walk their talk.

3. Can the Philippines begin a just energy transition with the government's "Build, Build, Build" program in tow? What is there to compromise?

--> If you mean having more intermittent wind-solar (plus battery) to power BBB, the answer is a big No. (1) If the Sun doesn't shine (like during monsoon/habagat of rains/cloudy days for 1 week straight or more), there will be no surplus solar power to store; if the wind doesn't blow, no surplus wind power to store. (2) BBB like building huge airports, long and big tollroads/skyways require huge amount of electricity for lighting that run 24/7 stable supply, no brownout even for a minute.

--> Fossil fuel is good. Oil allows people to travel long distances with convenience by car, buses. If oil is bad, people should use only skateboards, bicycles, running/walking shoes, and horses. Coal power provided nearly 50% of total electricity supply nationwide in 2017 even though coal plants constituted only about 35% of total installed power capacity.

--> Anti-fossil fuel, anti-coal people do not realize that the really dirty energy sources are candles and gensets. If there is frequent brownout because people rely too much on intermittent energy, poor people will buy more candles while the middle class and the rich will buy more gensets. More candles means more fires, more destruction of properties and deaths. More gensets means more noise and air pollution bec gensets run on diesel, more expensive, dirtier.

6.  How would you address the climate impact of using fossil fuel, even though the PH has a low NDC?

--> Climate change (CC) is natural and cyclical. Planet Earth is 4.6 B years old, we've had CC all those years, we have CC now, we'll have CC in the next 4+ B years. Warming-cooling-warming-cooling in endless, natural cycles. So it is more of natural or nature-made CC, not man-made CC.

--> Fossil fuel has allowed humanity to survive severe global cooling in the past via electrical heating in houses, shops and offices in temperate countries; via tall and stronger structures that allow people in the tropics to survive severe flooding.

-- > During period of global warming, fossil fuel electricity gives people reliable air-conditioning in their houses, cars and offices. If you look at the chart of humanity life expectancy, the big jump in life expectancy occurred in the past  1 1/2 century when modern electricity, modern cars and buildings were put to use.
-------------

When we talk about natural climate cycle, there are so many examples. Like paleo-climate data of global warming-cooling cycle, sea ice melt-grow cycle, El Nino-La Nina cycle, winter-spring-summer-fall cycle in the North and South Hemisphere, wet-dry season cycle in the tropics, etc. 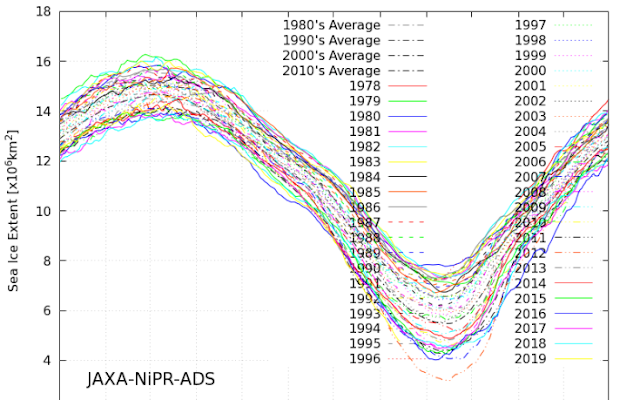 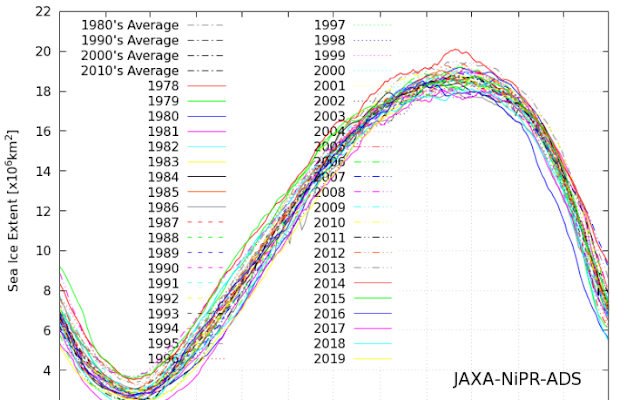 
Then last October 23, 2019, I got an email from Ms. Marjolee Carpio of CNN PH, inviting me to a live interview on November 07, 2019, 7-7.30pm, “On The Record” program hosted by Ms. Ruth Cabal. Topic would be about the "current power situation in the Philippines" and there would be two other guests, Gerry Arances,  Executive Director of the Center for Energy, Ecology and Development (CEED), and Neri Colmenares, Chairperson of Bayan Muna.

I quickly replied Yes of course. I thought it would be a nice, cool debate with these two anti-coal guys, planet saviors who are often quoted or mentioned (online stories or tv interviews) in many reports by ABS-CBN and other media outlets. I have dozens of data and numbers why the anti-coal, anti-fossil fuel lobbyists, NGOs and multilaterals are wrong in their climate alarmism propaganda.

Then on November 07, 2019, I got another email from Marjolee, saying that they move the interview to another date. Meaning it was postponed or cancelled. When I asked the reason for postponement, I got no reply. I think Mr. Arrances and Colmenares chickened out? They realized that they are only  effective in talking to cameras and reporters that do not show data and charts that do not conform with their narratives?

Anyway, I hope other groups or media outlets would sponsor a debate on climate, fossil fuels, CO2 demonization, etc. Not only with Mr. Arrances and Colmenares, even with CCC and DENR officials, WWF and Greenpeace climate ideologues.
Posted by Bienvenido Oplas Jr at 1:33 PM