My former teacher at the UP School of Economics (UPSE), Dr. Emmanuel "Noel" de Dios, wrote a paper yesterday, Feb. 8, "Anthropocene", https://www.bworldonline.com/anthropocene/.
Sir Noel is a very intelligent economist and academic, I have high regards for him.

But when it comes to climate papers, he seems to join the climate alarmism crowd. In his paper for instance, he wrote,

"The urgent problem of the human impact on the planet is the subject of two significant reports that appeared early this year: the first is the UNDP’s 2021 Human Development Report (HDR) titled Human development and the Anthropocene[2]; the second is The economics of biodiversity, a review led by the eminent Cambridge economist Partha Dasgupta... Both reports question whether the current manner that humans relate to nature can be sustained. (Short answer: no.)" 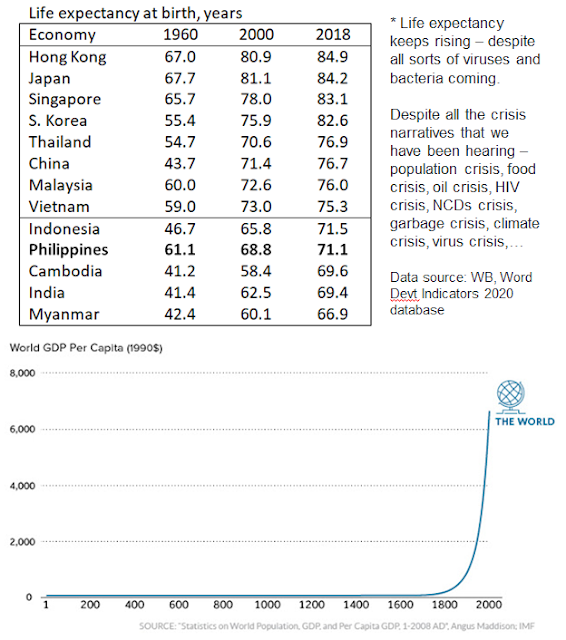 Sir Noel further wrote,
"... wanton destruction and degradation of natural assets... a consensus now seems to emerge that the point of no return is fast approaching, if it is not already past...."
Not correct. Are there more flood, more storms, stronger storms, today than decades or hundreds or thousands years ago?

Recent data say No. See these two charts, (a) global storm frequency, and (b) accumulated storm energy/strength, from 1970-2020. Nothing so scary so alarmin frankeinsteinin in the climate. 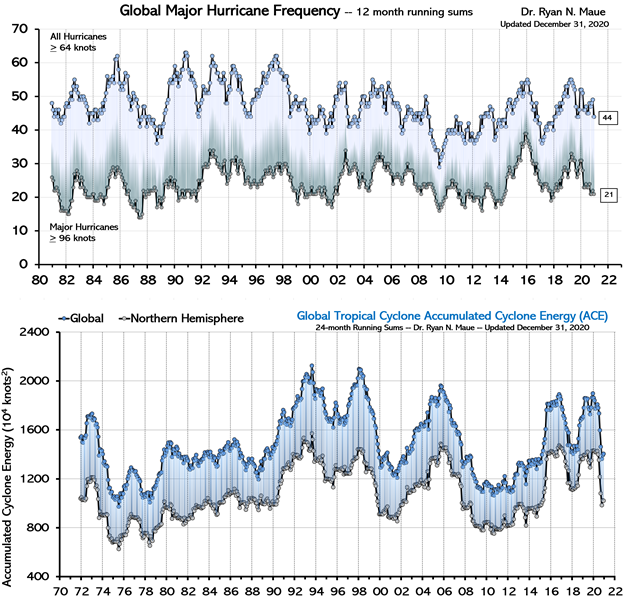 Meanwhile, the current La Nina seems to be inspired by the current indefinite lockdowns around the world. So La Nina is also moving towards indefinite cooling. US NOAA projections as of yesterday from 40 models show La Nina extending beyond the "ber" months of 2021. 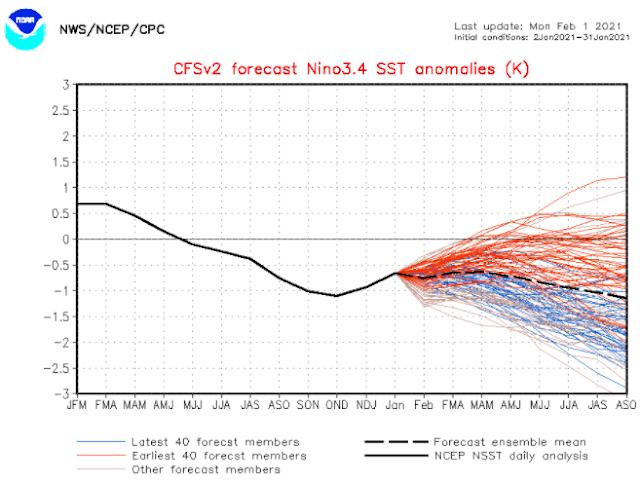 On sea ice, north and south, Arctic sea ice seems to be below average, but Antarctica ice is much much above the average. 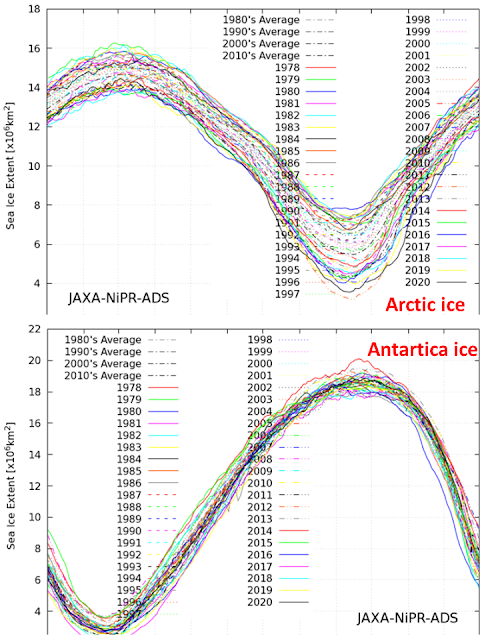 https://wattsupwiththat.com/reference-pages/sea-ice-page/
Meanwhile, here are some reports on US President Biden's climate plan:

THE BIDEN PLAN FOR A CLEAN ENERGY REVOLUTION AND ENVIRONMENTAL JUSTICE
https://joebiden.com/climate-plan/
--------------