Cars and other vehicles represent mobility and hence, freedom. If one has a car in good running condition, one can visit many places with ease and convenience compared to taking various public utility vehicles (tricycles, jeepneys, buses, vans) and waiting for their turn to move. Thus, car ownership is no longer a luxury but a necessity for people to move their goods, services, family, especially babies, children, old and sick family members. 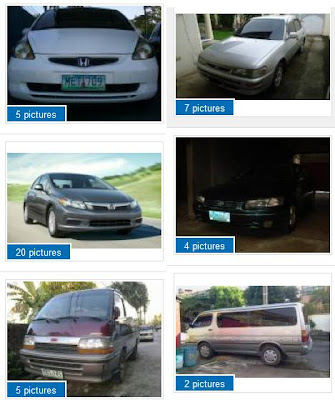 Used or 2nd or 3rd-hand (or more) cars and other vehicles have market for poorer members of society. Like me, I'm still driving a 2nd hand pick up which I bought in 1999, still in good running condition but have a number of mechanical and electrical defects.

Now a leading Liberal Party (LP) official at the House of Representatives, Cong. Erin Tanada of Quezon, is proposing a House Bill banning and prohibiting the importation of used and 2nd hand cars and other vehicles. His chief of staff and my friend way back in UP since the 80s, Jeck Cantos-Reyes, posted it in her facebook wall yesterday, hoping to get more public support to their proposal.

Below are the major exchanges in Jeck's wall. I removed the family name and profile pic of two of Jeck's friends who debated with me. What is important here are the message and ideas being floated upon, not the personality per se. I'm a free marketer and free trader through and through, my blog readers won't hear or read any praise or compliment for protectionism from me, they will read it from people who debate with me. Hence, I am posting the comments by Mars and Catherine below.
-----------

The bill, which is now with the House Committee on Trade and Industry, lays down wide-ranging incentives for the automotive manufacturing industry, including the provision of "demand side" incentives, such as exploring the possibility of setting up affordable and accessible financing schemes to allow even low-income families to afford vehicles for business, commercial or personal use.
HB 5279 also prohibits the importation of second-hand vehicles, except for certain kinds of motor vehicles used for special purposes, such as fire trucks, ambulances, funeral coaches, crane lorries, among others....
I hope that Cong. Erin Tanada and other LP members in the House will reconsider their proposal. Liberalism is advocating for more freedom, more choice, more options, not more restrictions.
--------