I saw this photo of Manny Pacquiao in one of my friends' facebook status today, I shared it in my wall and wrote this,


I like this. Hard work, high ambition, sturdy heart, focused mind. Leave the bondying, the cry babies always asking for protection, to mediocrity and poverty. 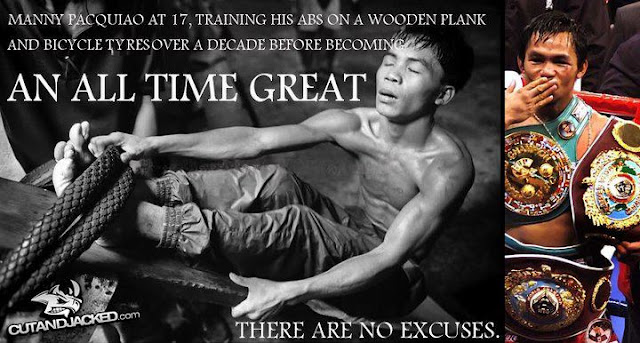 Some comments from friends:

Yes, we need friends and honest supporters, but we also need to show them our sincerity and hard work in pursuing our dreams. And external factors like the government, should not unnecessarily intervene too much. Manny Pacquiao is actually among the rare exceptions. Many good Filipino athletes are ruined by too much politics in Philippine sports -- in athletics, cycling, ballgames, etc. One clear proof is that a country of now almost 100 million people has not produced a single gold medalist yet in any Olympics, would rank low in terms of medal standing even in the Asian Games (dominated by China and S. Korea), or the South East Asian (SEA) Games.

And yes, there is no guarantee that hard work and non-dependence will produce economic miracles to one's life. There are always misfortunes coming from different directions. But the absence of 100 percent guarantee, the presence of possible misfortunes, are no excuse for one to stop being ambitious and do hard work, and shift to dependence. Because the probability of becoming poor by being lazy and dependent is much higher than the probability of becoming economically well-off by being industrious and self-reliant.

Here are more photos of the young Pacquiao, taken from the web. 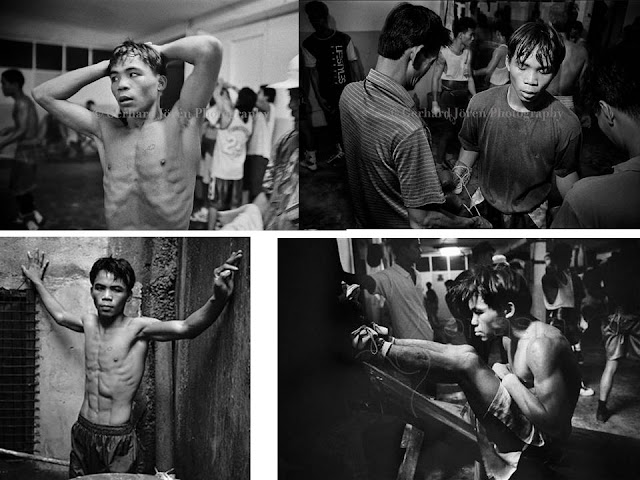 Last week, I posted in facebook my paper, Decentralization 10: Devolution, Federalism and Subsidiarity, here's the latter exchange with a friend, Star:


I failed to add here that there are dozens of reasons to be poor. People who may or may not work hard but drink and party harder. When emergencies strike, they have very little or zero savings, they sell off some assets or be indebted deeply. Or lose face and self-respect and become dependent forever on some family members.

Too often, welfarism and protectionism (trade, business) creates more weaklings and dependency among the citizens than sturdy people.
---------