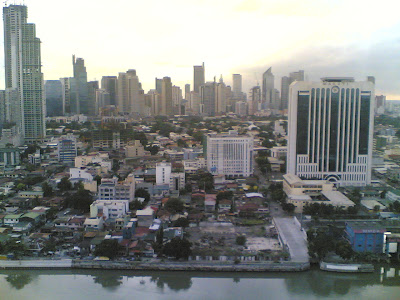 Urban congestion is happening in almost all countries around the world. Hundreds of thousands, or millions of people, are cramped and congesting themselves in a relatively small land area. So residential condo buildings have to be high to accommodate more people on small land space. Skyways, tunnels, subways, elevated ramps have to be constructed to reduce or eliminate traffic build-up in major road intersections.

One friend in facebook, Arcy Garcia, posted below in his fb wall. See the succeeding exchanges. Arcy gave me implicit permission to post the exchange in this blog. We also have an earlier discourse about capitalism vs. socialism, see Political Ideology 8: Diskurso sa Kapitalismo, Sosyalismo at Gobyerno last November 15, 2011.
-------

The Metro Manila Development Authority is planning to build elevated roads or skyways alongside esteros (creeks and streams) in the next two years to ease traffic congestion in the metropolis. 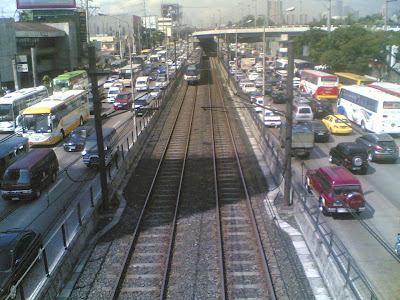 It may sound "heartless" to justify urban congestion where social inequality is more pronounced and more visible. But the point is that people flock on their own to urban centers voluntarily -- poor, middle class, rich, government agencies -- because of various convenience: proximity to better healthcare facilities, educational and cultural institutions, commercial and financial centers, airports and seaports, trains, etc.

It's also a case of people voting by their feet, beyond the ballot and elections. Moving from the provinces or rural areas to big urban centers, and/or moving to other countries, where they think better economic and social opportunities will be more available to them.

When people are assured that what they enter into will be transparent and respected up to the future, they will have peace of mind. They can invest in rural agri-business, resorts and tourism centers in far away areas, other business enterprises, knowing that contracts with various people and enterprises will be upheld, knowing that corruption and extortion in government is minimal or zero. Then rural development as advocated even by those who dislike urban congestion will slowly materialize.
--------