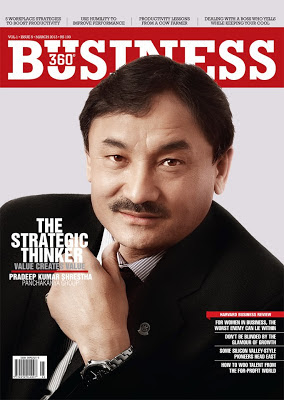 Reducing various business bureaucracies is one important policy by any government, local or national, to encourage more entrepreneurship and job creation and hence, effectively fight poverty and high unemployment.

One good source to measure the extent of business bureaucracies worldwide is the annual Doing Business reports (www.doingbusiness.org) jointly published by the World Bank and the International Finance Corporation. The latest is the Doing Business 2013: Smarter Regulations for Small and Medium Size Enterprises published in October 2012.

The annual report covers several areas of entrepreneurship like starting a business, getting construction permit, getting electricity, registering property, getting credit, protecting investors, paying taxes, international trade, enforcing contracts, resolving insolvency. It shows the number of procedures to get certain permits, how many days or hours, and the cost to enterprises in complying with those taxes and permits. 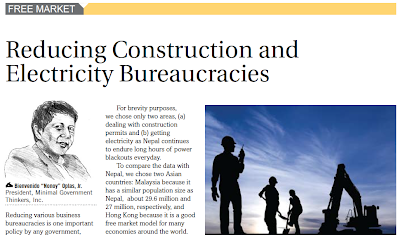 For brevity purposes, we chose only two areas, (a) dealing with construction permits and (b) getting electricity as Nepal continues to endure long hours of power blackouts everyday.

To compare the data with Nepal, we chose two Asian countries: Malaysia because it has a similar population size as Nepal,  about 29.6 million and 27 million, respectively, and Hong Kong because it is a good free market model for many economies around the world. And here is the result: 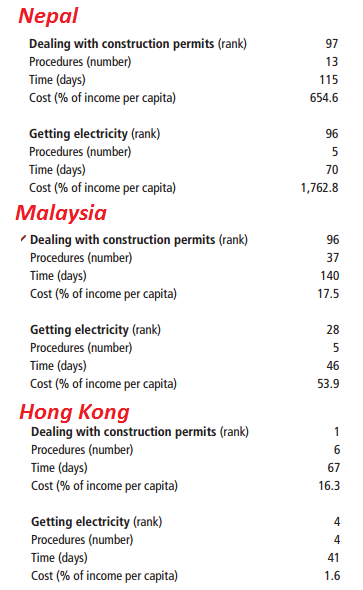 In getting electricity, not only that it takes long but it is also very costly in Nepal, requiring the equivalent of 1,763 percent of the per capita income. Compare that with just 54 percent in Malaysia and 1.6 percent in Hong Kong.

These data, freely available online worldwide, are good benchmark to prod certain government agencies to do something to improve things for all – ordinary citizens, private companies, and the government. Highly bureaucratic governments tend to get low esteem not only from their own citizens but also from other people abroad. Reducing these bureaucracies therefore, would greatly improve public perception and esteem of such governments.

For Nepal in particular, reducing the bureaucracies in building new power plants, transmission lines,  electricity distribution network and offices of these companies would encourage more private enterprises to slowly enter the power sector and its sub-sectors. In the process, frequent power blackouts and electricity rationing can be slowly addressed.
-----------