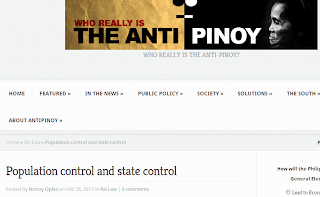 China’s depopulation has begun. While it’s true that they still have a big number of younger workers, they also have a rising number of ageing people who need more healthcare, more pension and other retirement benefits. So the burden of taking care of the ageing people will really fall on the shoulders of the younger population.

The China communist government cannot simply  dispatch its hundreds of millions of bureaucrats, or robots, to take care of their oldies. 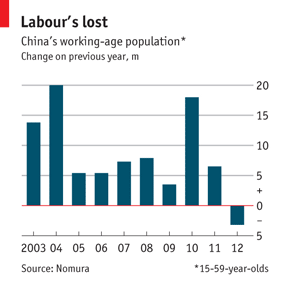 A friend noted that the “inequalities in the distribution of the benefits of the fruits of its development will make China implode.” While this may be true, “more equitable” European societies are also slowly imploding. They sustain their forced equality only via endless borrowings, but those huge debts are now calling the kettle. For countries with declining working age population, there are three solutions: raise the retirement age from 60 to 65-70, more migrants, and/or more robots.

I read that in the US, there is no more retirement age, people choose when to stop working. This is good,  encourage people to stop being “employee forever” and become start up entrepreneurs and job creators themselves. While it is relatively easy to do this in the US, it is more difficult in in socialist China or some near-socialist European economies as government taxes and bureaucracies are high.

Is big population a liability to more economic growth?

The advocates of the recent RH law said YES, that is why they supported more government coercion — more taxes, more sex education, more forced but free services by OB professionals, etc. — to control the country’s population, especially that of the poor. The debate ended in favor of the lovers of more government coercion, but implementation is another issue.

The Malthusian alarmism of “we will have less land, less water, less food and even less radio spectrum bandwidth per person” as the population expands is wrong. There is zero limit or constraint to vertical space. Too many people die every year because there is too much rain water and flooding not because there is lack of it. And the main health concern now is more fat, more obese people than undernourished ones because there are lots of food and drinks. The number of cell phones and laptops are rising and yet internet speed is rising.

People are assets, not liabilities. The real liabilities — killers, rapists, thieves, land grabbers, carnappers, extortionists, etc. — both in the public and private sectors, that’s the proper role of government to control, to implement the rule of law. If the poor become construction workers or public market vendors or department store cashiers, so be it. They are working, they produce various goods and services. Government should not penalize and over-bureaucratize the poor if they become self reliant and independent.

Those construction workers, bus and taxi drivers, security guards of expensive buildings, malls, shops and villages, etc. – those useful people, they normally do not come from 1 or 2 children households, but from 4 or more children households. And the RH camp demonize the fast growth of the population of the poor.

Population control or population expansion, leave it to civil society and individuals. Government should step out of that concern. Instead, government should over-bureaucratize, over-regulate, over-control and over-penalize criminals ,whether rich or poor, whether in the private or government sectors.

Singapore, Japan, some European countries now are into government-sponsored population expansion, but there are not much takers. The governments for instance give allowance per child until 18 years old (Germany, etc.).

We are far from what China, Japan, HK, Sing, Taiwan, Europe, are experiencing of greying population. And that is precisely our strength — we have a high and young population, many of those aged people in Europe, Japan, etc. would be feeble or dead by now without the Filipino healthcare professionals assisting them. But the government and the bleeding hearts say that high population is wrong and hence, government-sponsored population control should proceed.

It would have been different if population control is done by civil society and individuals themselves — they buy those condoms, pills and injectibles themselves and distribute for free to the poor, put their money where their mouth is. But they did not. They went for national coercion and legislation, so that even people who do not believe their “bright idea” are now forced to finance their actually stupid idea.

Another friend noted that there are plenty of “jologs” among the poor, they just multiply fast then ask the government to take care of their kids. There is some truth to this, and many NGOs and the foreign aid/consultancy establishments hype up the problem, to get more public funding for their various “save the poor” contracts and projects.

But it is also true that many of the poor want to stand on their own and do not want to run to government and politicians whenever possible as they are simply being used by many corrupt politicians. Problem is that government gives them various bureaucracies if they start some micro entrepreneurship projects, so they go for unregistered, informal businesses, and are subject to harassment and extortion by the barangay, the police, and/or city hall bureaucrats.

There are more jologs in government than in the private sector. The most opportunistic, the shrewd and cunning among the population, are always attracted to politics and government. The honest ones do not need politics nor government position to help others, or to create jobs for other people.

One indicator if an idea is bright or stupid, is if it requires new legislation and coercion. If it does, then 90-100% it is a bad or even stupid idea.