Market failure can be created by everyone and anyone in this planet, anytime and anywhere. For instance, person A will demand a USB/flash disk with 100 GB memory sold for only P300. Person B may demand for the same product for only P400 (their “willingness to pay”) and so on. There is a demand for that product. Where is the supply? Zero at those prices. There is no market clearing price as its current price could be several thousand pesos now. Market failure. 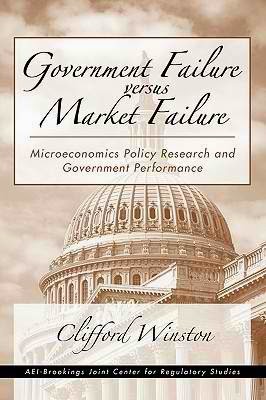 Person C has invented through biotechnology a tilapia variety that can grow to commercial size within a few weeks and selling the fingerlings at P50 each. No one buys as the price is deemed too high. There is supply for a particular product but demand is zero. Another market failure.

Nope. There are millions of unmet demand  every day in this planet. And conversely, there are also millions of unmet supply every day in the planet. It is simply impossible both for technical and fiscal/financial considerations for government to come in for each of those market failures. Market solution to market failures can occur within the day or within a year or within a decade or century. Where there used to be market failure several years ago, there is market solution by now, or next month.

The Philippines has P 1,025 Billion for all the Departments. We want job generation for inclusive growth and the Departments in charge are the poorest: NEDA, 5 Billion and DTI, 2.8 Billion…  DA has a very big budget - 63.7 Billion but with all the corruption in this agency, nothing much has happened to our agricultural sector.

I commented that we do not want government as currently the biggest employer to become “biggest-est” employer. Nandy agreed and added that even in mainstream economics, market failures such as coordination failure and externalities need government intervention, and would  require sufficient resources.

The single biggest job that government can do to encourage more private sector and civil society employment, plus self-employment, is to have strong rule of law system in the country. Contracts should be respected and enforced and people will have long term faith in the economy.


It is important that people should recognize that frequent government intervention to correct any perceived market failure is counter productive. Very often, it would help if government will intervene less, regulate less, in addressing certain market failures, real or imaginary. Regardless of the people or personalities in government that we put in.
---------------