March 6, 2009, my plane landed in New Jersey airport (route was Manila-Narita-Detroit-NJ, Delta Air). I saw small mounds of snow on the tarmac, other parts of NJ and New York. Days before that, there was a winter storm, dumping lots of snow. Some remnants of the snow. No, I did not shovel it, it was only for piture-taking :-) 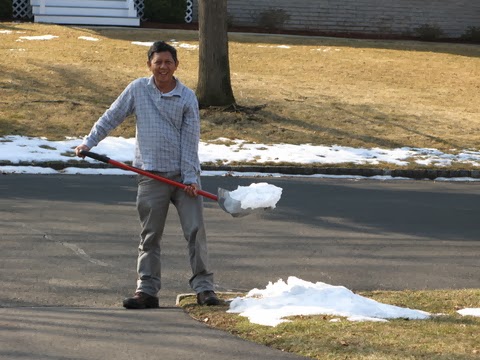 That was in front of the house of my friend from UP, Leandro "Jojo" Chan who hosted me in his house in NJ for one day. The next day, March 7, I moved to my hotel in NYC, New York Marriot Marquis Hotel. Thanks again, Jo. 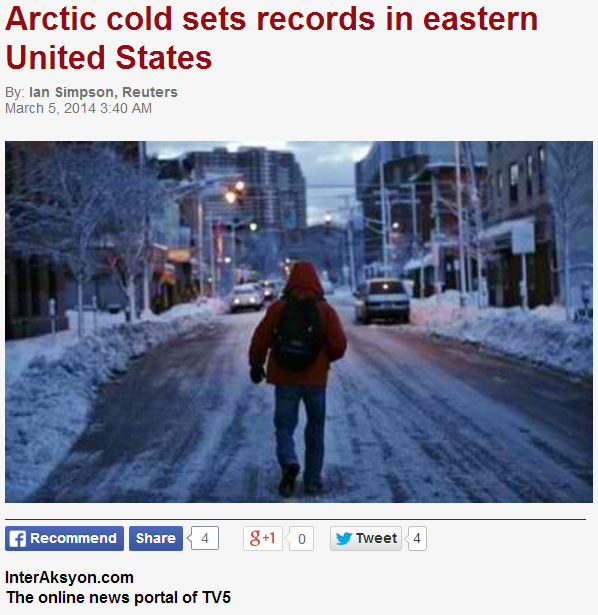 This week or exactly five years hence, same Eastern US, see this news...

WASHINGTON - The eastern and central United States were gripped by a deep freeze on Tuesday, with record low temperatures in the wake of a deadly storm expected to moderate in the coming days.

The late-winter storm left behind frigid temperatures after pushing freezing rain and snow from the Mississippi Valley to the Atlantic coast on Monday.

"Tuesday will likely be the coldest morning from New York City to Washington, D.C., until next winter," the AccuWeather forecasting service said.

Temperatures across the eastern and central United States were about 30 Fahrenheit (15 Celsius) below normal, it said.

The National Weather Service said the mercury plunged to minus-1 F (minus-18 C) at Washington Dulles International Airport, tying a monthly record.

Five years ago this month, I attended the 2nd International Conference on Climate Change (2nd ICCC) in NYC, March 8-10, 2009. The theme was "Global Warming: Was it Ever Really a Crisis?". I was able to have a photo with Vaclav Klaus, then President of Czech Republic and was among the keynote speakers at the conference, also author of the book "Green Planet in Green Shackles." 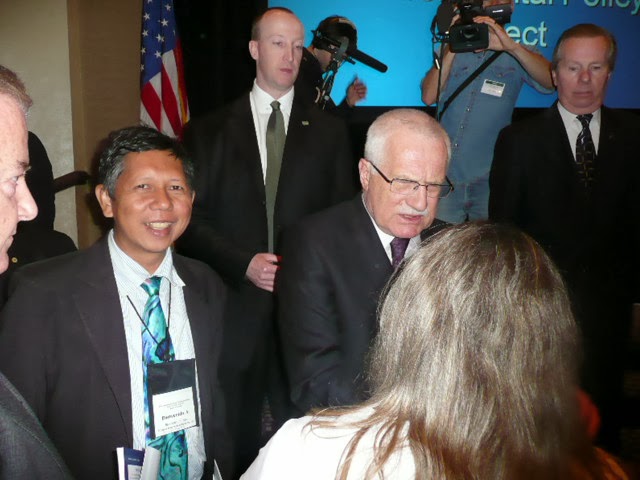 Also a photo with Dr. Willie Soon, a Malaysian-American astrophysicist at the Harvard Smithsonican Center for Astrophysics. From left: Barun Mitra of Liberty Institute, India; Willie Soon; Jose Luis Tapia from Peru, me, and a participant from Africa, I did not know him, he just joined us in a photo op with Willie. 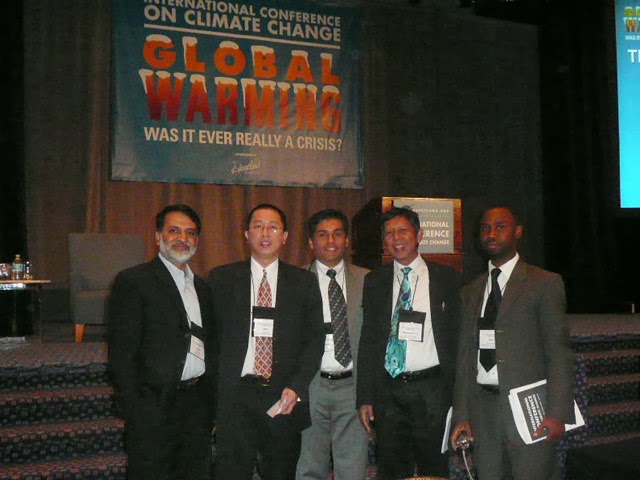 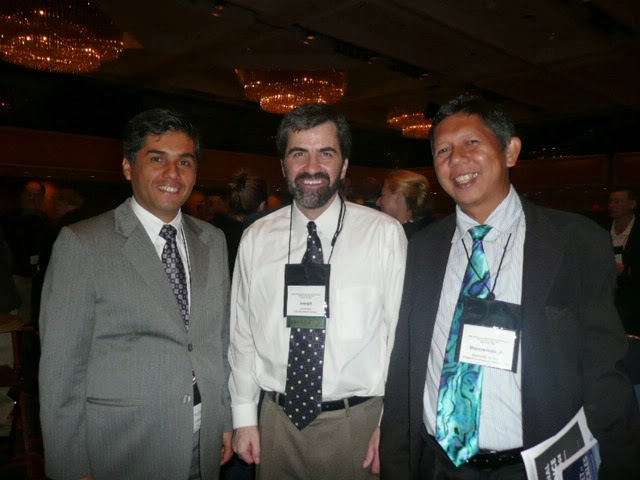 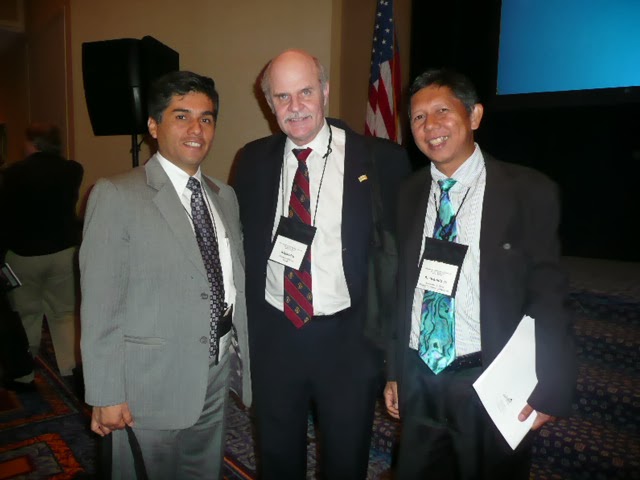 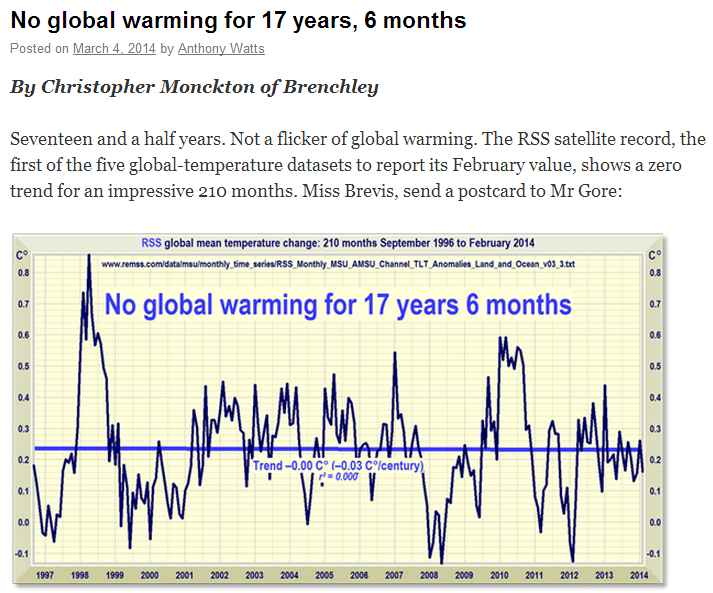