The FNF Regional Director for East and Southeast Asia, Dr. Rainer Adam, will soon leave our continent as he is assigned by FNF HQ to head the regional office in Eastern Europe. To know more about Rainer, here is a brief note from a good friend and long-term EFN PARTNER, Barun Mitra of the Liberty Institute in Delhi, India. Barun posted this in our yahoogroups today. 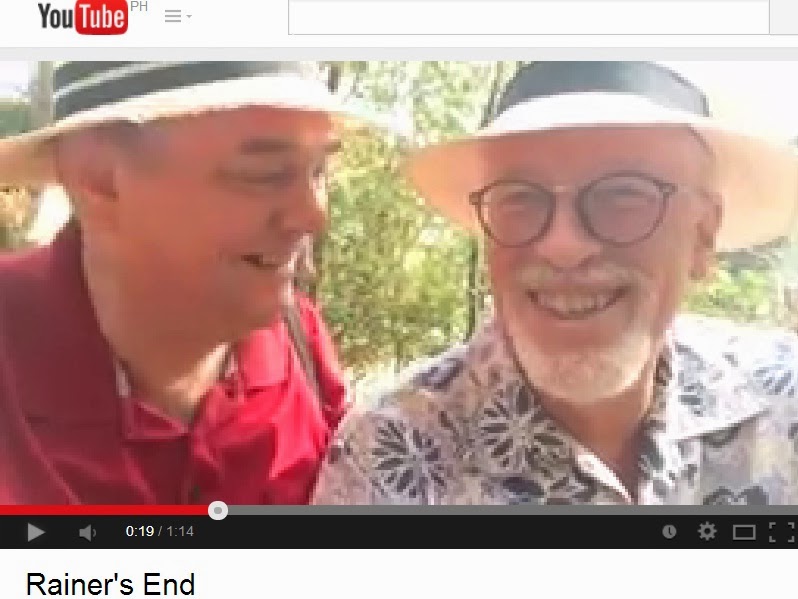 Here is a video prepared by FNF showing Rainer in different roles
https://www.youtube.com/watch?v=ssGAR4AHp6s

Rainer Adam needs no introduction to anyone in this group. Over the past 25 years that he has been in Asia, with the Friedrich Naumann Foundation for Freedom, he has built bridges among liberals and democrats across
the continent, and introduced the ideas of liberty to many new comers.

It is difficult to think of the liberal network in Asia, without Rainer. FNF has now posted Rainer to Europe. But the enduring friendship and the ideas he has planted in Asia will last a very long time.

I had met first met Rainer in 1994, when he was the FNF representative in China, and hosted the first major international free market conference in Beijing. That was my first encounter with the international group of free market, liberal and democracy scholars, activists, and policy makers. I learned about the world of think tanks, and Liberty Institute was formed about a year after that gathering in Beijing.

I still remember Beijing at that time when traffic jams during peak hours used to be caused by thousands of bicycles, and not cars as it is today!

After Beijing, Rainer was posted in India, looking after South Asia, then in Indonesia, and lastly in Bangkok, nurturing the seeds of liberalism in east and south east Asia.

Another reason I will remember Rainer is for the colourful choice of shirts, with typical Asian designs and motifs! Those shirts truly reflected Rainers personality, cheerful, helpful and always encouraging and inspiring. Rainer had adopted Asia with all its diversity as his own.

We will miss him in Asia. And I hope he would still have some opportunities to participate at the EFN Asia, and other FNF programmes in Asia.

I wish Rainer all the best in his new position in Europe. Rainer enjoys a challenge, and currently old continent has plenty to whet his appetite.

Short but good and nostalgic points Barun, thanks. 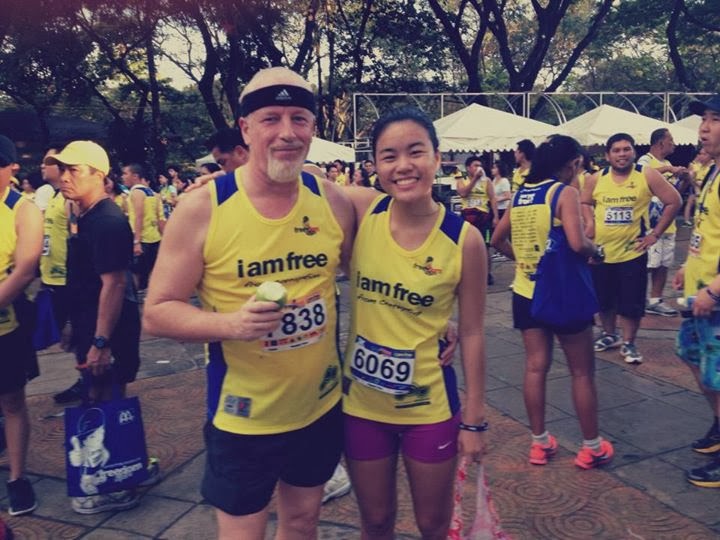 I have met Rainer first time in September 2004, when I was first introduced to the Asian free market and liberal network through the Economic Freedom Network (EFN) Asia conference that year in Hong Kong. He looked like Eric Clapton so being a rocker, I liked his pose. I think I told him that he looked like Eric Clapton and that I was a Clapton fan then, until now actually. was the country director then of Indonesia. In this photo, with daughter during the FNF PH 3rd Freedom Run in Manila last October 2013. 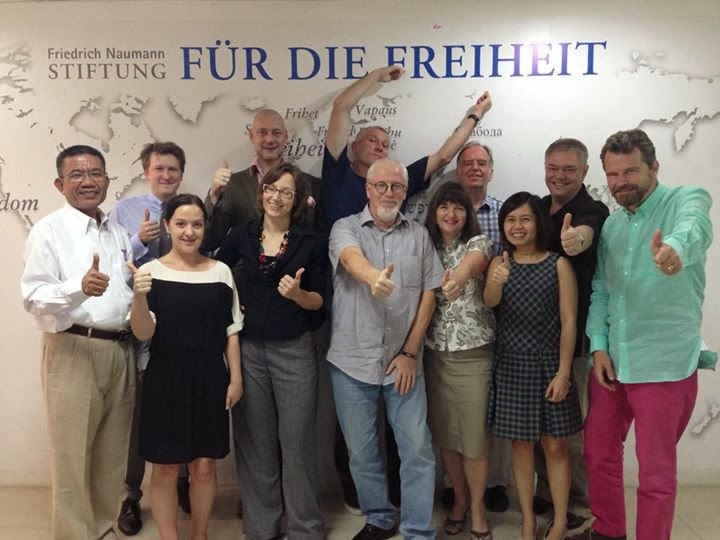 The Regional Director that time was Hubertus von Welck, a tall and mild-looking gentleman, he could be about 6'5" or taller. Then Hubertus was assigned to Africa and Rainer took his place, about six or seven years ago.

Photo, Rainer with country directors and some chief of staff in the region. Also taken last October in Manila during CALD's 20th anniversary. 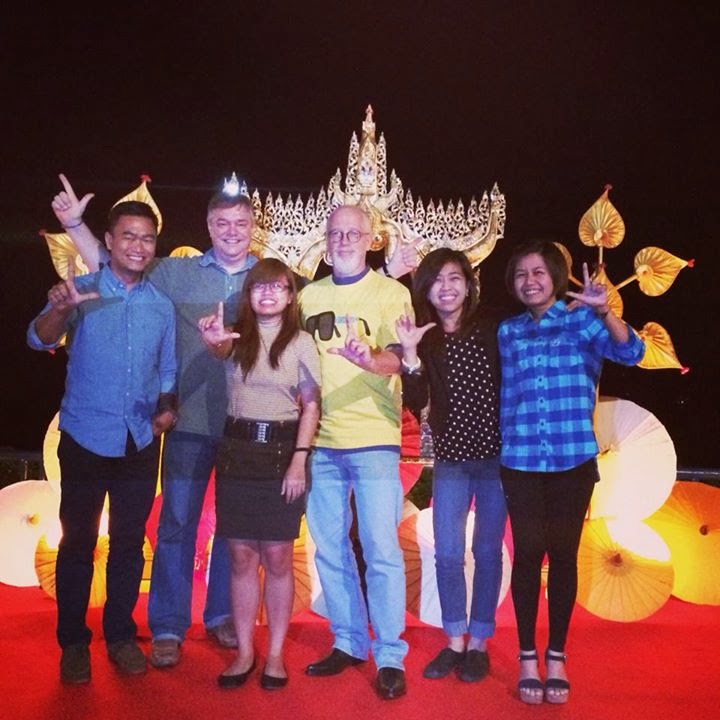 With FNF Philippines Country Director Jules Maaten and some of his Filipino staff. Jules and Rainer have a good chemistry. They always smile and quip with some funny remarks. 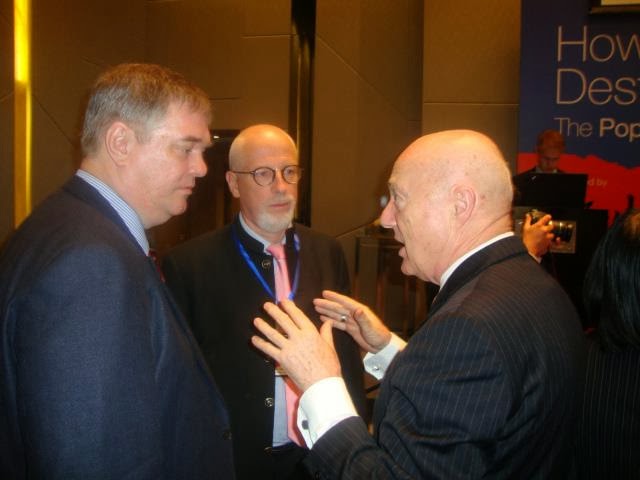 With Jules and Wolf Dieter Zumpfort of FNF Board, Berlin. This was during the EFN Asia conference in Hong Kong around October 2012.

During the FNF PH's 25th year anniversary here in Manila about two years ago, Rainer also came. Over glasses of red wine, I told him my honest opinion that FNF has done a great job in reminding and re-introducing to us the philosophy of liberalism, of individual liberty, rule of law and free market. As far as I know, FNF is the only political foundation that is doing tohis kind of political education in the Philippines and other parts of Asia. 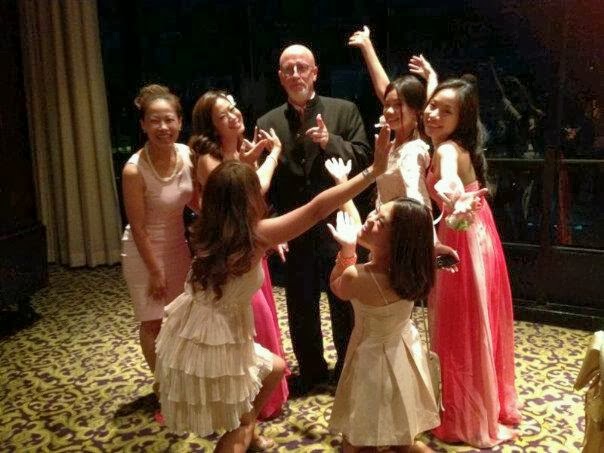 With female staff of the regional and country office in Bangkok. Funny guy.

During the EFN conference last October in Bangkok, he and Dr. Ken Schooland, author of the famous fiction story on liberty "Adventures of John Gullible", Rainer and Ken played as Lao Tzu and Confucius on a dialogue about individual freedom, markets, government, individual responsibility. Very witty story authored by another friend, Liu Junning from Beijing. 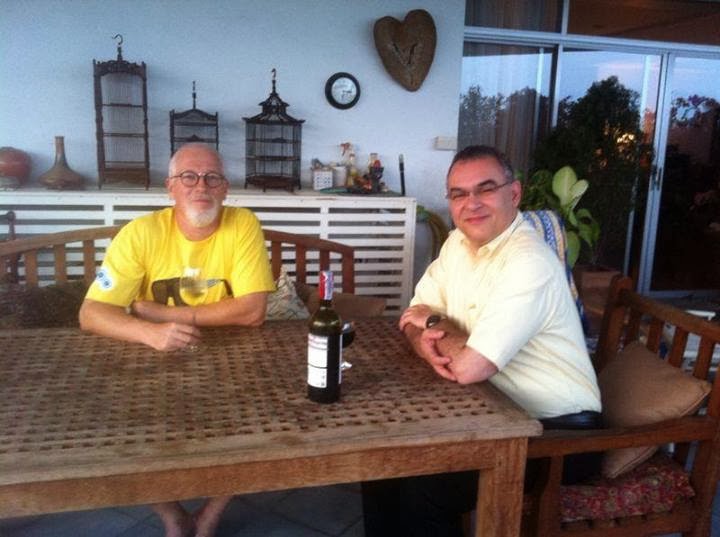 To take Rainer's place will be Siegfred "Siggi" Herzog, who is currently the Regional Director for South Asia. Siggi was also the Country Director for FNF PH until 2010, then he was promoted. Siggi is also a cool and friendly guy.

Thank you Rainer and your team. Thanks also to your great and hardworking staff, like Pett, Wimonpug and Poraporn,
----------