Pol. Ideology 54: On the Multiple "Death" of Capitalism 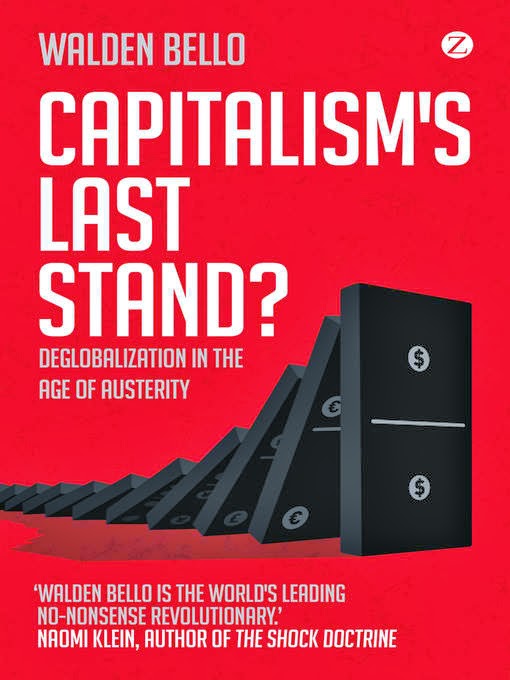 A friend who considers himself a "social liberal" reposted in his fb wall Akbayan Party's "progressive books", one of which is this book published in July 2013 and written by Cong. Walden Bello of Akbayan. I commented that pallpak na naman (a loser) si Walden Bello and other socialists. Capitalism's last stand? Which is... facebook? twitter? youtube? coca cola? samsung? toyota? shimano bikes? When socialists keep using capitalism's inventions and innovation, they are in effect recognizing capitalism's dynamism.

My friend commented that “history has shown the excesses of both planned socialism & laissez-faire capitalism”.

The irony here is that while the world has seen several full socialist, full central planning economies (USSR then, E. Germany and other E.Europe, until the fall of the Berlin Wall in 1989), the world has not seen a full laissez faire capitalist economy. Mention ANY country especially in recent period where such economy is not regulated by SEC, Finance/Internal Revenue, Trade and other Departments or Ministries, Local governments, etc.  My bet is that No such economy or country exists.

Friendster capitalism was killed not by any socialist revolution or workers' insurrection, but by facebook capitalism. When socialists themselves like Walden Bello, Satur Oampo, other Akbayan/Bayan Muna leaders also hug and embrace many products and services of capitalism, from facebook to youtube, yahoo, google, samsung, etc., the term "Capitalism's Last Stand" is a comedy.

"collapse of the global real economy - covering such issues as the Wall Street meltdown, the disintegration of the Greek economy and the rise of China..." – amazon review of “ Capitalism's last stand”

About the "Wall street meltdown", readers, check it again today because it was still there yesterday and today.

"Disintegration of the Greek economy" indeed happen not because the country was following the free market, laissez faire capitalism path, but because it tried to be a modern socialist economy where even the lazy and irresponsible will get endless subsidies, private sector entrepreneurs are penalized with heavy taxes while government personnel and bureaucrats are rewarded with high and ever-rising salaries and perks, with early retirement.

One problem of the socialists is that as soon as they have declared the "death" of capitalism, it rises from death the next day. Or the night of same that it was pronounced "dead". 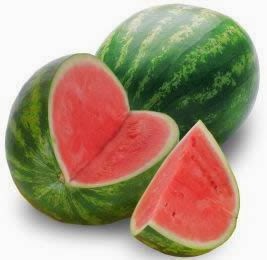 The book’s Chapter 6, “Capitalism and the Environment”, is a clear give away that environmentalism in most cases, is a watermelon: green outside, red inside. Ecological socialism and central planning. Here’s the amazon review:

“…dependence of the globalised economy on the long-distance transportation of goods. The temporary collapse of the export-oriented global economy is said to have benefited the climate, because it has brought about a significant reduction in carbon emissions. By way of example, the drop in gas emissions in 2009 was the most significant in the last forty years. A rational response to this drop is deglobalization, argues Bello. Yet a decrease in global freight movement only represents one dimension of the issue. Environmentalists agree that a shift in the global economy is necessary; moving away from overproduction to a greater consideration of real needs, lower consumption, and more sustainable production processes.”

See that – a drop or decline in international trade (ie, reduction in manufacturing output, even reduction in employment) is a good thing because it led to a reduction in carbon emissions, wow. And “move away from overproduction to… lower consumption”. The only way to do this is through dictatorship, massive persecution of excellence and economic/business efficiency. The main reason why cell phones, flat tv, bicycles, motorcycles, cars, have become more affordable to the poor is because of mass production or “overproduction.” This must stop via endless bureaucratism, taxation, price control and other forms of heavy government interventionism and prohibitions. Watermelon thinking is very infantile, and outrightly anti-developmental.


Why laissez faire capitalism can not happen

Another friend suggested that a "death" of capitalism is absurd, the same way that having a true laissez faire model is also absurd. He is right, A true laissez faire model can not happen. Know why? There are too many bright people around who always think they know what's good for everyone else. Too many central planners itching to influence how people should conduct their own lives, their own households and communities. These central planners and bleeding hearts inch their way at the local governments, national governments, and multilateral institutions, and further expand to civil society/NGOs and academe. Thus, one cannot put up even a simple barber shop or bake shop without getting permits from hordes of those central planners, from the barangay to city hall to national agencies because those shops can be instruments of exploitation. Thus, even before people start a business or hire a single worker and exploit that worker, they must get lots of permits and pay lots of fees from local and central planners.

And here's a thought. If ordinary people are capable of committing mistakes, inefficiencies and greed, what are those central planners, they are super humans they are incapable of committing mistakes, inefficiencies and greed? Last time I checked, ordinary people are disappointed or angry at many of those officials and institutions who are supposed to be super humans and have imposed their will and biases on the rest of humanity. If they are angry at certain private enterprises or businessmen, they can boycott those people and firms. But one cannot boycott regulators and central planners. It is a crime against humanity to proceed on anything (drive one's own car or motorcycle, cut his own planted trees, renovate his own office, etc.) unless people get permits from those planners first.

Bleeding heart policies appear "caring" to the poor and workers. But they hardly recognize that such policies and advocacies cause more misery to the people whom they want to help. Take the minimum wage law. If it is strictly enforced, entrepreneurs must pay ALL workers a minimum of about P600 a day or more on average (min wage about P460 + 13th month pay + COLA + SSS + PhilHealth + PagIBIG employers share + HMO + others). Now there are people who have mental or physical defect, or unskilled people but hardly exert effort to improve their skills. If all entrepreneurs must follow the min wage law and give that P600+ per day, many if not all of this group of people will never be hired. They will feel useless, miserable and go hungry. Many if not all bad policies come from bleeding heart plans. Socialist advocacies are among the worst to inflict damage to workers whom the socialists want to help.

That also explains why many welfare states with near-socialist policies have high unemployment rates. If it is very costly to hire workers, and even more costly to fire inefficient or lazy or theft workers, many entrepreneurs would rather get more machines and robots than hire people. Or get someone very efficient, hire only one staff to do the job of five people, give that single staff lots of gadgets, service car, send to skills training seminars, to keep raising his productivity, give him salary 3x or more the min wage.

All bleeding heart advocacies to "protect workers" work against the unemployed, the underemployed, even the employed but low-skilled people. Their current work will soon be replaced by machines and robots. Robots do not need min wage or 13th month pay or any social security. And the socialists and bleeding hearts will soon blame the entrepreneurs for not hiring enough workers, and they will start attacking capitalism once again.
-------