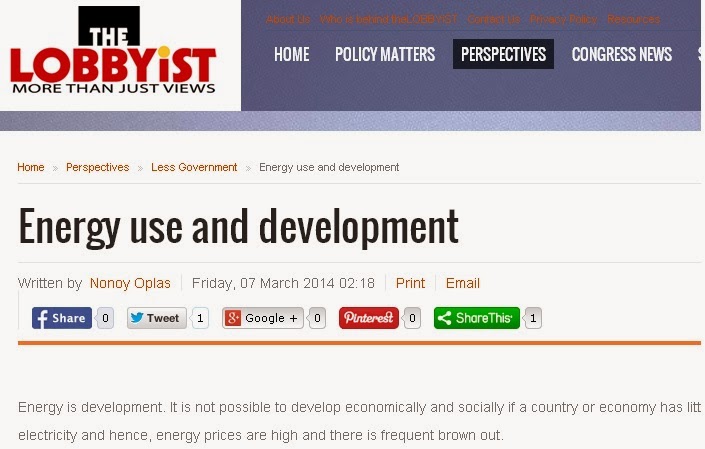 Energy is development. It is not possible to develop economically and socially if a country or economy has little electricity and hence, energy prices are high and there is frequent brown out.

In many economic literatures, growth in energy use is often used as proxy or “checking mechanism” for GDP growth as there is a generally one on one correspondence in energy use and real GDP growth.

A data from the Asian Development Bank (ADB) is very interesting, below. Countries are grouped into three: Northeast Asia, Southeast Asia, and others. 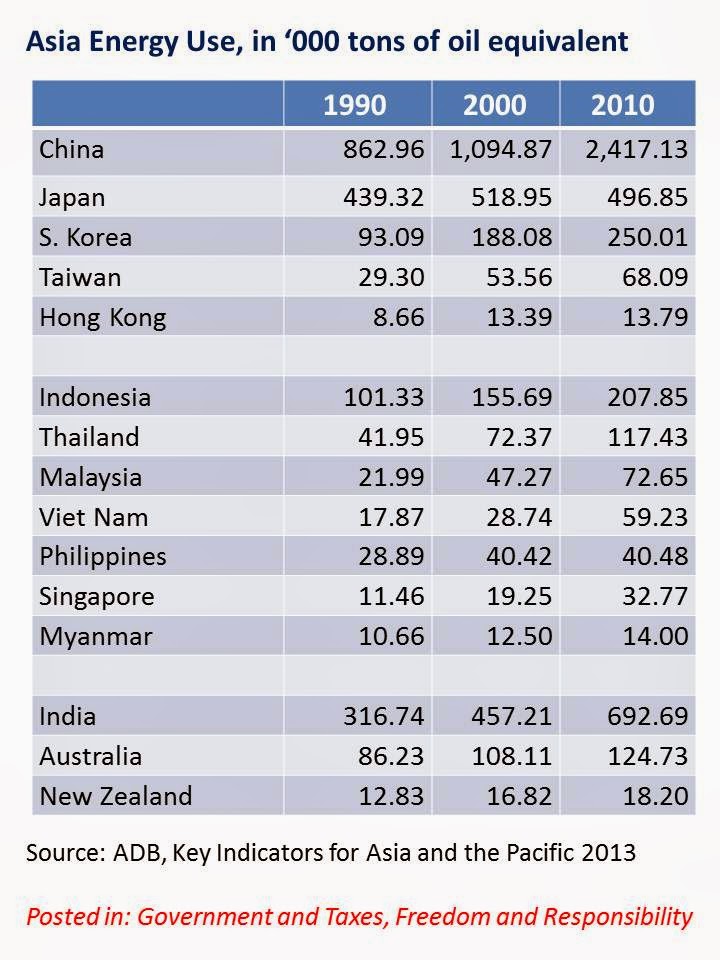 Some interesting notes here, that as of 2010: (a) China has 5x energy use than Japan; (b) Japan's energy use has almost flatlined over the past two decades; (c) Singapore has twice the energy use of HK; (d) Vietnam has overtaken the Philippines with 50 percent more energy use; (e) from 1990 to 2010, these countries have generally tripled (3x) their energy use: China, S. Korea, Thailand, Malaysia and Singapore; and (f) Vietnam has expanded almost 4x.

One possible explanation here is Kyotoism, the Kyoto Protocol (KP) of countries reducing if not backsliding carbon emission (indirectly, energy use) that is not too far from their 1990 levels. Japan, Hong Kong and Australia must have tried hard to obey the global ecological central planning while real socialists and central planners China and Vietnam have totally disobeyed the ecological targets. This is one reason why KP was abandoned. When it expired in December 2012, there was no succeeding binding agreement among countries and governments. Many developed countries do not want to de-industrialize, they do not want to have electricity black outs soon.

Growth in electricity consumption and energy use in Japan, HK, Australia and several other countries was due to more efficient energy use. For instance, by using only 50 kwh bulb to produce the same street light as a 200 kwh bulb, they could expand street lights 3x or 4x even without adding another power plant. Still, it is good to have more energy capacity while improving energy use efficiency.

Another interesting data from the same publication by ADB, HK and Singapore just keep modernizing and industrializing by relying almost 100% from imported energy for their power needs. HK gets it mainly from China (mainly nuclear, coal and natural gas) while Singapore gets it mainly from Malaysia, Indonesia and Brunei. 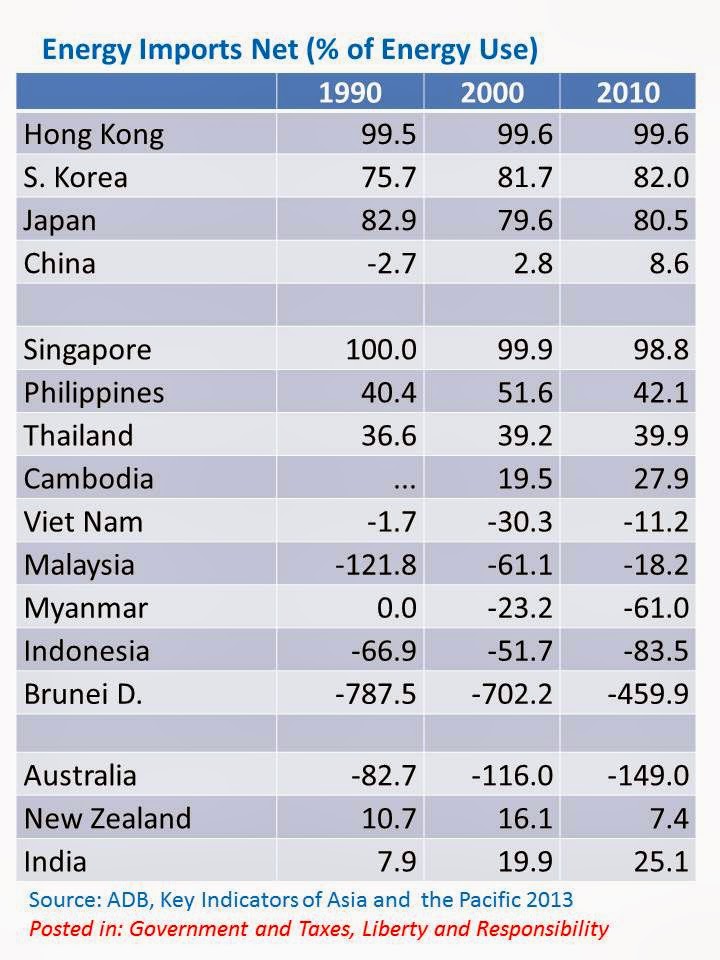 There are at least three lessons for the Philippines from the above tables.

One, there is an urgent need to expand energy capacity, to have more power generation plants, in the Philippines as more businesses, more houses and schools, other economic activities, are demanding for more stable power supply and prices.

Two, “energy independence” sounds cool but HK and Singapore show no interest in such goal. They are almost 100 percent dependent on imported energy yet they seem to be not bothered. Aas long as they have the money, they can buy energy from anywhere.

Three, energy prices here must go down through more competition among more private energy producers. Also, government can share the burden by reducing the taxes, fees and royalties for energy projects.
--------------