CSOs and State 19: UP Maroons and UP Alumni

As a University of the Philippines (UP) alumni myself, I find this story disturbing, but also inspiring. This should spur other alumni and sympathetic individuals to act on their own -- the spirit of civil society -- to help the UP Fighting Maroons. Written and posted by a friend in his facebook wall last Saturday, reposted by interaksyon yesterday and so far was shared 1,500+, reposting here too.
------------

Nowhere to go but UP: musings of a hopeful Maroon fan

…Our Maroons took the championship in '86 in the same year our countrymen won back their freedom.

I don't know if it was something that reflected the “mood” of the times. After the jubilation, the “ultimate victory,” we seemingly grew complacent. We were the best but had stopped getting better. '86 was UP's last championship. Every year since was a disappointment, in varying degrees. We had built up leads in the first half only to squander them in the dying minutes. We surged on early but could not follow through 'til the end.

Why UP has been winless in last three years 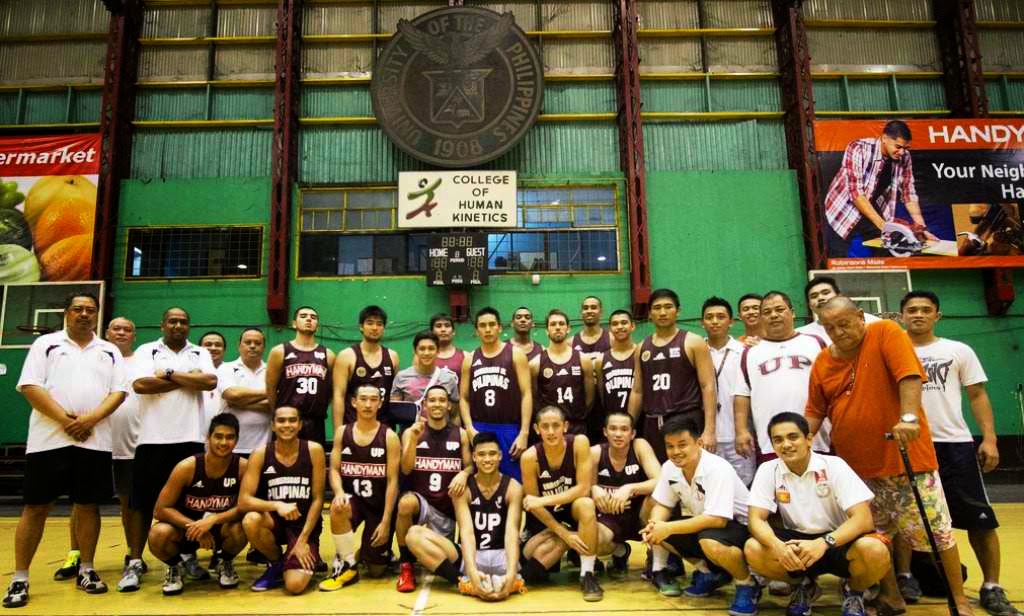 UP has been crown-less in 27 years and winless in the last three.

Recently, I met somebody from the Maroon's coaching staff and I got to learn why: Our team has been playing hungry, literally.

I talked with the players and also heard it from them firsthand. Asked what they needed the most, they replied: “We need more food.”

They have been going to practice on empty stomachs, playing competitive games without the nourishment required of a student-athlete. They've been walking on foot from one class to the next, one destination to another to save a coin or two for their education. They have not been receiving their allowances, the measly sum of anywhere from P5,000 to P10,000 -- a pittance considering what they have to go through to play for the country's Premiere University while measuring up to its stringent academic standards.

Recently, electricity in their quarters was cut off because of “unpaid bills.”

The game has grown sickeningly “commercialized,” I know. UP stands by its ideals, I know too. The University rewards integrity and excellence, but if its meager budget does not allow it to, should not the alumni step in?

Other Universities invest shamelessly in their athletes. Should we not share a little if only to afford our fellow Isko a modicum of self-respect?

One of our players was offered what would translate in any parlance as a “bribe” -- allowances of all sorts, housing, and the spot cash of P1 million -- just to play for another school. He is 17, young, impressionable, and impoverished like most of his teammates. Saying “yes” would have been the easier and more lucrative response. True to his UP education, I was told, he gave an emphatic “No!”

But like I said, basketball has grown shamelessly commercialized these days. The other school went directly to our player's hometown to talk to his parents. If the kid won't agree, perhaps, the parents will be a tad less uncompromising, they must have thought. 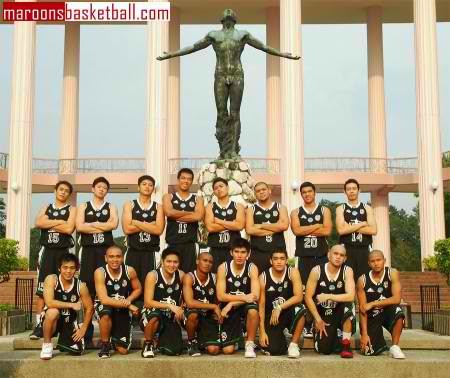 Our Maroon, having learned of what happened, borrowed money, practically begging for airfare so he can convince his parents otherwise. Back in his hometown, he pleaded with them: “I am staying in UP. I will get my UP diploma. UP is my team, my second family, my community!”

Of course, every parent would want the best for their children. The offer was tempting, sure, but the kid's plea was also unbending. The father requested only one thing: one win, one win out of several games in a season; not the championship, not the MVP, just one win; not the sun and the stars, just a ray of hope that this adolescent does not waste away his future on something so abstract as the “UP way.”

Hearing the story evoked a feeling similar to what I had felt when I first set foot in Guian, Samar after the great storm. Right there and then, only one question loomed in my head: What can I do to help?

There, amidst the ruins, they play the game for the sheer joy of it, like any sport should be, competitive or otherwise. Here, despite poverty and the allure of the “easy buck,” one of ours needs help so he can continue pursuing a childhood dream.

If basketball can help a nation cope with devastation, surely its people can give back to those who live only to honor the game.

This kid, or rather, this man of 17 years, has reminded me of what I have long learned -- though sometimes forget -- from UP. It is not just about winning as it is about playing to deserve the victory.

In his small way, on the strength of his conviction, he reminded me that victory is empty if it does not come from love -- of community and people.

I had dinner with him at my home. He finished all the leftover desserts in the fridge and I could not be happier. At least, those would be a few more calories to burn during practice, a little more energy to bring the team closer to the goal of “1 win.”

I did not promise him what other schools offered. I had neither the resources nor the respect for that grease. What I have are friends, fellow alumni, whom I know have the generosity to justify the varsity's faith in its school. I committed to begin passing the hat -- for decent meals, for Ikot fare, for lights in their sleeping quarters. I promised I would be part of a community -- the UP community -- that has never been known to abandon its own.

Right now, like his father, all I want is 1 win. Where we are, where we have been, and how we have defiantly bounced back from adversity, I know we have nowhere to go but UP.

Email ThisBlogThis!Share to TwitterShare to FacebookShare to Pinterest
Labels: Renan Dalisay, University of the Philippines, UP Maroons