(Note: This is an expanded version of the paper that I wrote last Friday.)

Last Thursday night, the ETHIKOS (Ethics in Healthcare) Movement was launched at C3 Events Place in Greenhills, San Juan, Metro Manila. Many participants from different groups and sectors. Some quotes from some speakers that night.

All photos I got from the MeTA Philippines facebook page. Thanks Ian Nuevo. 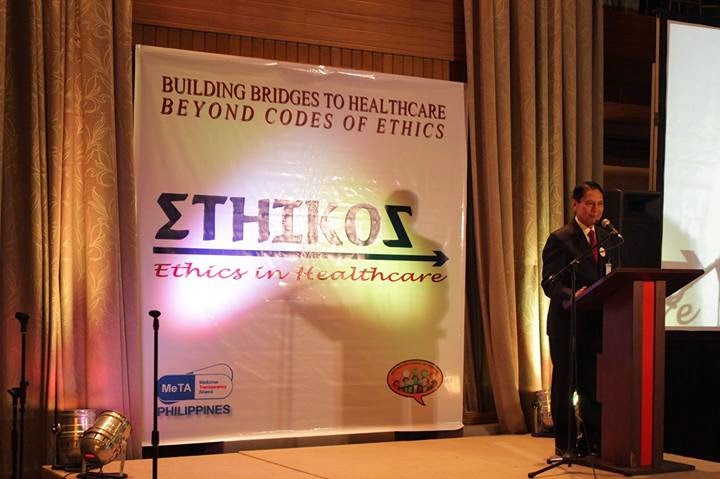 Then he introduced the Convenor Group of the ETHIKOS Movement: (1) Princess Nemenzo of WomanHealth, (2) Celia Carlos of the Drugstores Association of the Philippines (DSAP), (3) Girlie Lorenzo of Kythe Foundation, also of the Philippine alliance for Patient Organizations (PAPO); Tony Leachon of the Philippine College of Physicians (PCP), and himself.

He discussed what ETHIKOS is – a movement to encourage ethics in delivering healthcare to the patients, ethics in dealing with healthcare professionals  and other private players in the sector, ethics in government. 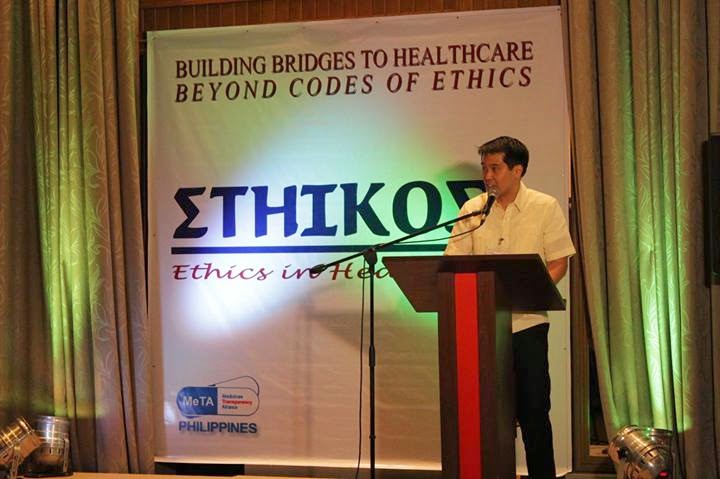 Dave said that the local pharma industry is supporting the Mexico City Principles (MCP) for voluntary codes of business ethics in the biopharmaceutical sector. He introduced a similar term, “Manila Principles” where the basis of such code of ethics are the Generics Act of 1998 and the Cheaper Medicines Law of 2008 (RA 9502), and the object of such ethics is the welfare of the patients. 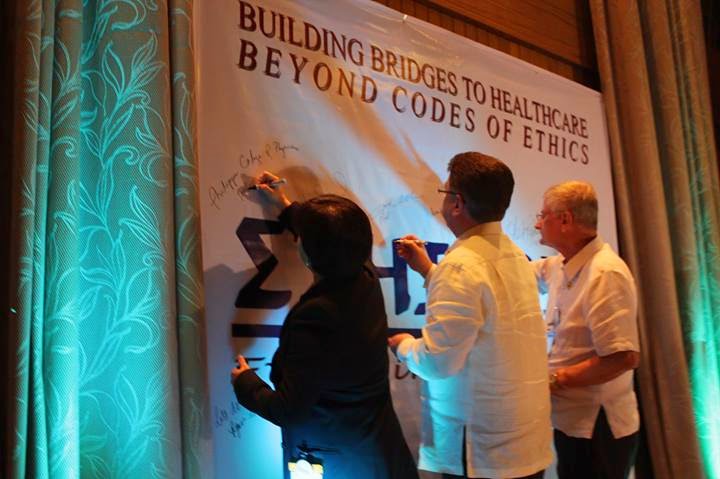 Ted narrated that in 1993, the association introduced and adopted a code of ethics called the PHAP Code of Practice. He quoted the late Doc Alberto “Quasi” Romualdez (a former DOH Secretary, founding chairman of MeTA PH) who said that “The most important achievement of PHAP now is that they have made ethical behaviour an import part of their commitment…”

He emphasized that no amount of health reform will be truly universal if people and players ignore the consequences of unethical behaviour. He also expressed support for the FDA to implement the MCP. Then he mentioned the important role of the innovator companies for endlessly producing new medicines which help save lives and improve the quality of life of Filipinos. 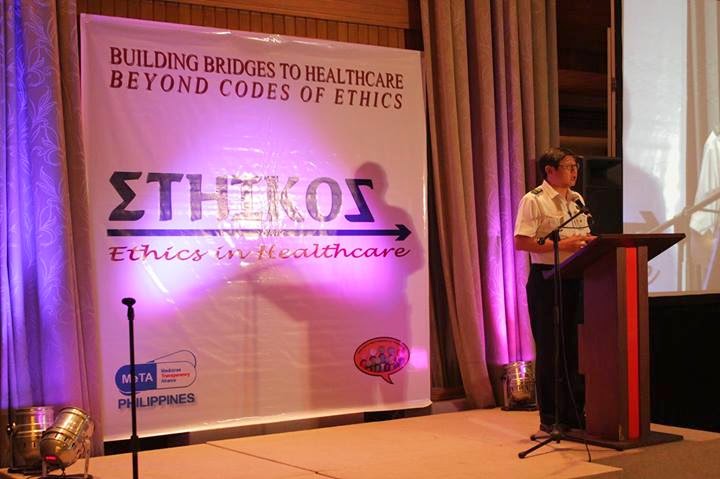 (a)     to inquire on behalf of his/her private sector associates, or determine the status of a rival company
(b)     to request earlier facilitationof application (expediting or jumping the queue
(c)     to demand aprovals even if the license or product registration is to be denied, or to demand a denial against a rival company, and
(d)     to reverse a regulatory decision.

My comments to some of these points in my next article about ETHIKOS..
Posted by Bienvenido Oplas Jr at 2:04 AM