Brexit debate and the EU bureaucracy

As of this writing (almost 11 pm in Manila), UK voters are deciding in a referendum whether their country should remain or exit the European Union (EU). I did not follow closely the Brexit vs Remain debate, but since my advocacy is less government (local, national or regional/international/multilateral), my leaning will be towards the Brexit. Am not a UK voter anyway, just expressing a short opinion about the issue.

Meanwhile, two articles I read today from capx.co further cement my leaning towards the Brexit. Copy-pasting only a few paragraphs. Nice one from Matt Ridley especially.

(1) In the name of science, Britain must leave the EU -- by Matt Ridley


We have clamped down on Indian scientists because we cannot clamp down on Romanian fruit pickers.  The same is true for students. The least qualified Spanish student has more right to subsidized fees than the most qualified Argentinian student.

The European Molecular Biology Organisation, the European Space Agency, EUMETSAT – these are pan-European, not EU projects with many member countries outside the EU. The League of European Research Universities included non-EU members. The particle accelerator at CERN actually crosses (beneath) a border between an EU and a non-EU country. The Higgs bosons do not have to show their passports or pay tariffs as they pass. CERN gets less than 2% of its budget from the EU. 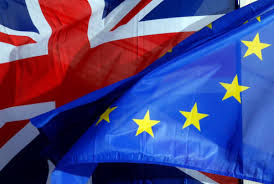 – There was the data protection directive, which made many kinds of research much harder here than on other continents.

– There was the deliberate release directive, which has killed off this country’s leading role in agricultural biotech. True, the home grown green fanatics started it, led by lords in white boiler suits, but ask scientists what’s holding it back now and they say the EU approval process for releasing GM crops or GM insects is so cumbersome, so uncertain and so unscientific that most scientists have given up even applying....

The UK’s port industry is mostly privatised and under a self-regulatory system. 75% of the UK’s largest ports are under private ownership. This is in stark contrast to continental Europe, where around 80% of ports are operated by state or local authorities. These comparatively inefficient ports require vast subsidies – expansions at Rotterdam and Hamburg ports, for example, were constructed with subsidy assistance of 1.1 billion Euros and 788 million euros respectively. However, their counterparts in the UK – ports such as Felixstowe and Southampton – have expanded without a penny of taxpayer subsidy.

The UK’s ports are currently at liberty to determine all aspects of port services. The Commission’s proposals would change this. A new regulator would be imposed on the UK’s ports industry, which will be able to put controls on things such as price proportionality. This is likely to damage investor confidence – something the UK’s Port Association has been warning about for a long time – and could also pave the way for “regulatory creep.” Further involvement from the European Commission and adjudication from the European Court of Justice are now very real prospects....
Posted by Bienvenido Oplas Jr at 10:47 PM