A greenie friend posted this paper published this week from climate central, Antarctic CO2 Hit 400 PPM For First Time in 4 MillionYears. Oyy, some guys attempt to use paleo-carbon data to sustain their climate alarmism movement.

Ok, past 4M years of CO2 concentration in the atmosphere. In their literature, "more CO2 = more global warming", an urban legend formulation. Here's why, just a few paleo-climate data. 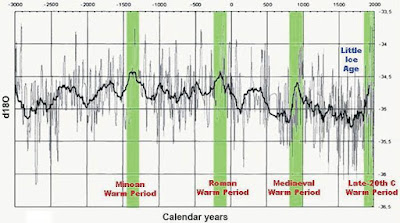 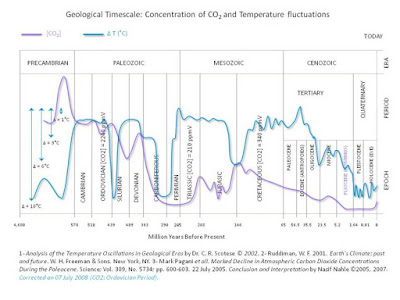 Someone commented that for "clarity and understanding", posted this US EPA CC data, https://www3.epa.gov/.../indi.../ghg/ghg-concentrations.html

Not "clarity and understanding" when people and governments always equate that "more CO2 = more warming". Instead, there is misclarity and misunderstanding, as shown by the 4 paleo-climate data above, just some of the many data that are publicly available.

So saying "more CO2 = more warming" is an urban legend. The 4 paleo-climate data/charts show that global warming has precedents, lots of precedents, it is not "unprecedented", even when human emission of CO2 was at low levels. There was global warming in the past when there was not even a single car or a single bicycle in the planet.

Mababaw sa climate data ang climate alarmism movement, that is why there is more alarmism and worryism injected heavily in public discourse, not real hard data. And the UN, many national governments applaud a lot that they have one huge reason to keep expanding the size of government and its multi-level, thick bureaucracies -- they are the "planet saviours." hehehe, bad joke.