I order all department secretaries and heads of agencies to refrain from changing and bending the rules government contracts, transactions and projects already approved and awaiting implementation. Changing the rules when the game is on-going is wrong.

I abhor secrecy and instead advocate transparency in all government contracts, projects and business transactions from submission of proposals to negotiation to perfection and finally, to consummation.


Do them and we will work together. Do not do them, we will part sooner than later. 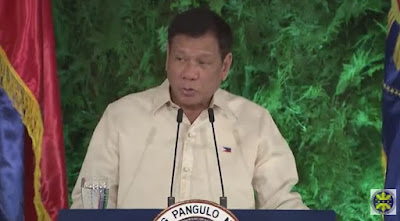 He also said that he will respect due process and the rule of law, good. All the foreign Ambassadors in Manila were there, officials of foreign aid, top legislators, etc. Very important audience + televised nationwide, so those pronouncements are reverberating now.

I think there is a disconnect between the elected, term-constrained politicians and the forever bureaucrats. The former are kept on the ground especially during the campaign period, and after their term ends and they lose an election, they go back as private citizens, subjected to regulations and bureaucracies.

The full time bureaucracy often have zero plan of being regulated, they only plan to be regulators until they retire. So it is this group of people who will ultimately resist moves towards reducing government bureaucracies and regulations.

I hope that the new President will pounce his strong arm on the bureaucracy and force them to step back from heavy regulations, intervention and bureaucratism.
Posted by Bienvenido Oplas Jr at 1:32 PM