Last week, I was one of four speakers on the Asian Legal Business (ALB) and Thomson-Reuters' forum on the Competition Policy. 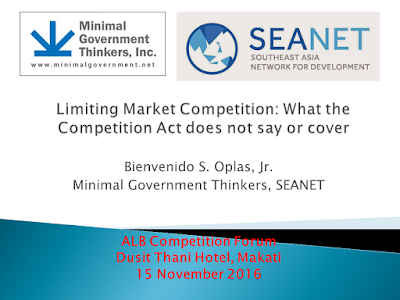 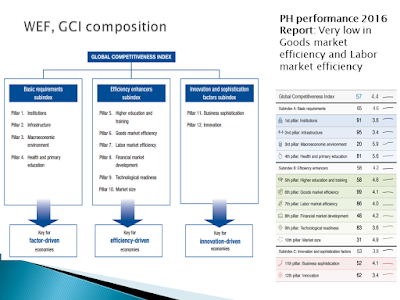 Performance of some ASEAN countries and neighbors. The Philippines' overall rank has declined by 10 even though the decline in score was not that big, from 4.39 in 2015 to 4.36 in 2016. This means that some countries have significantly improved their scores relative to the Philippines. 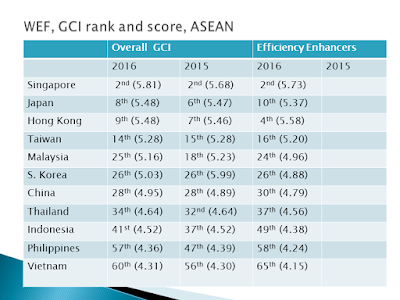 I also showed the various government agencies that give various permits and/or franchises. A franchise is often a monopoly for X number of years, slide borrowed from Andre Palacios' earlier presentation at the PES conference.

Here are examples of government agencies that create monopoly or oligopoly privileges. 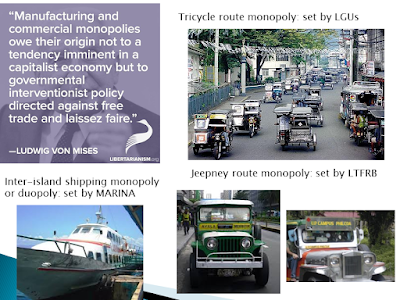 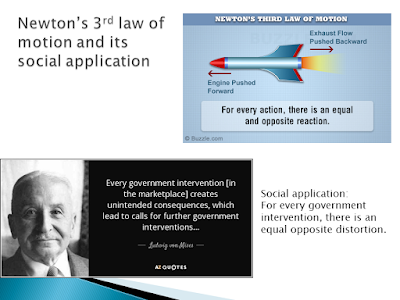 I asked this question at the audience, true or false? A few said True while none said False. 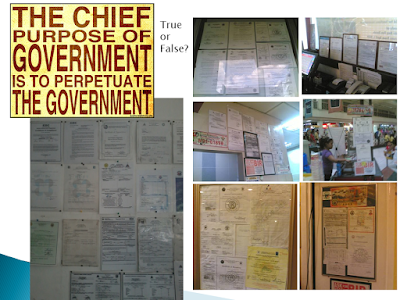 Two hands. Which one provides real welfare to the people? 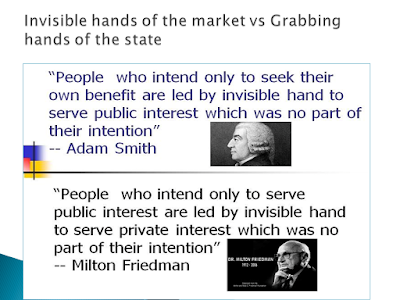 1. Very often, the purpose of government is to expand government.

2. Newton’s 3rd law of motion revised: For every govt intervention, there is an equal opposite distortion.

4. Not so much good governance of BIG government but less governance. 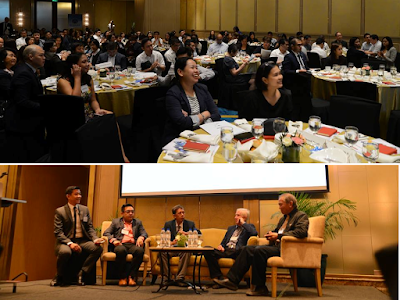 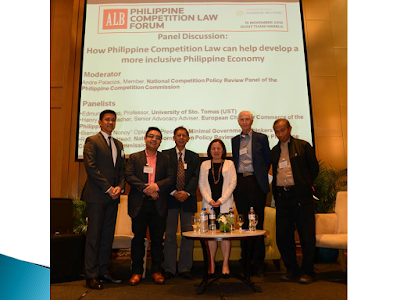