The program is here, http://efnasia.org/wp-content/uploads/2015/10/EFN-Asia-Conf-2016-Full-program-as-of-17.11.pdf. Below, I just copy-pasted the program minus the time and some space.

Good line up of speakers from many countries on Day 1. 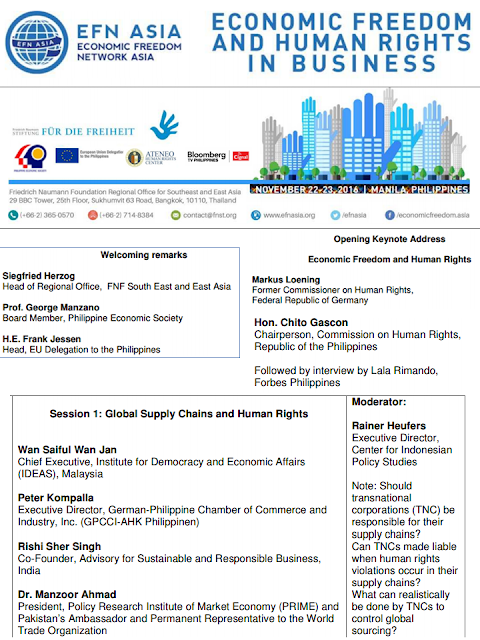 I think President Duterte's admin might raise their eyebrows on the subject of "human rights". But the conference will talk less, if ever, of murders and large deaths in the on-going "drugs war" of the government, more on the conduct of business in the age of expanding trade and business globalization. 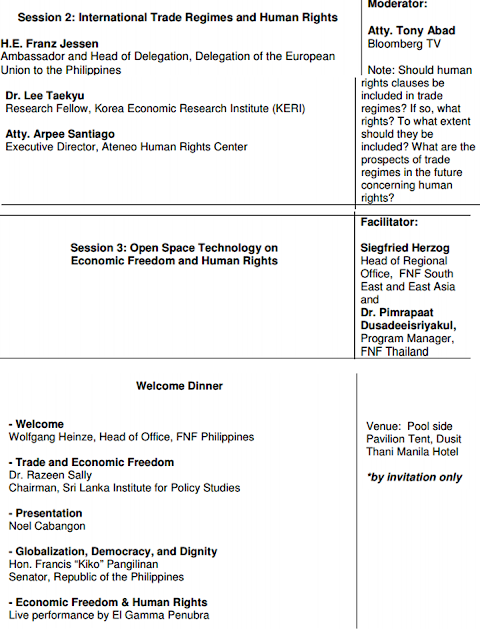 Day 2 of EFN conferences are always devoted to the launching and discussion of the annual EFW reports by Fraser Institute, based in Vancouver, Canada. Fraser is almost always represented by Fred McMahon for several years now. 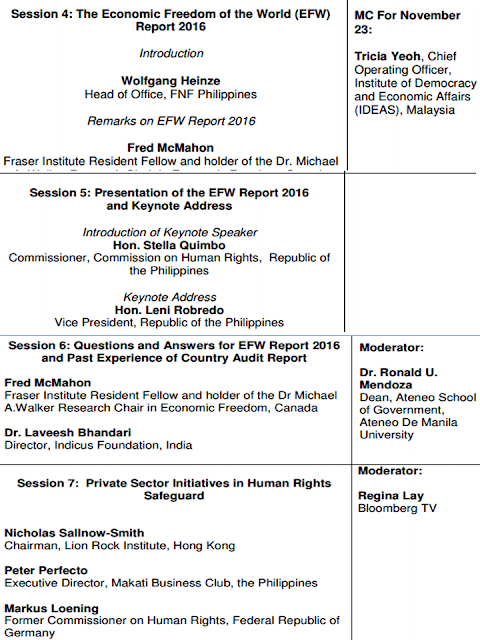 Session 9 will be a more political discourse of human rights but not necessarily mentioning the Philippines. This is because the three speakers -- Tom (US), Razeen (Sri Lanka) and Barun (India) -- are long-time fighters of individual freedom, dating back to 3 decades ago or more. 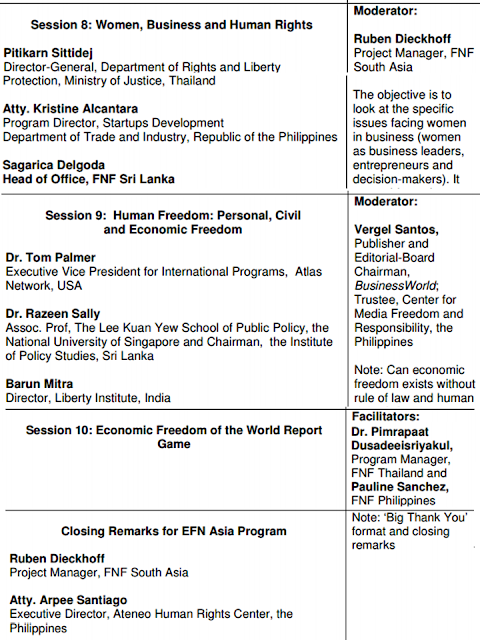 Economic freedom, not economic central planning. Rule of law, not rule of men and dictators. Looking to another exciting conference next week.
--------------