IPR and Medicines 18: Generic Drugs and the Consumers

Here in Taipei, my first time to set foot in Taiwan. Arrived at my hotel this afternoon, and the two days conference plus half day closed door meeting will start tomorrow. Below is my article today in the online magazine, an intro about the conference here.
--------- 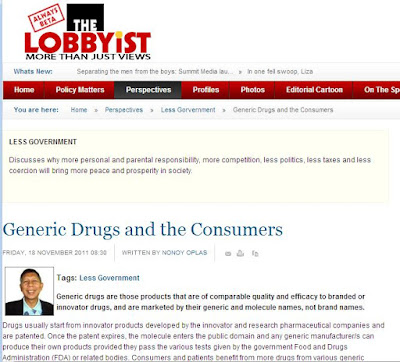 Generic drugs are those products that are of comparable quality and efficacy to branded or innovator drugs, and are marketed by their generic and molecule names, not brand names.

Drugs usually start from innovator products developed by the innovator and research pharmaceutical companies and are patented. Once the patent expires, the molecule enters the public domain and any generic manufacturer/s can produce their own products provided they pass the various tests given by the government Food and Drugs Administration (FDA) or related bodies. Consumers and patients benefit from more drugs from various generic manufacturers, which has the direct impact of reduced prices due to competition among them. 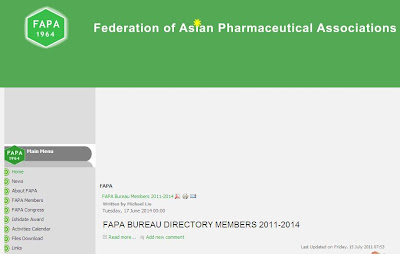 This coming November 19-21, 2011, the Pharmaceu-tical Society of Taiwan and the Federation of Asian Pharmaceu-tical Associations (FAPA) will jointly sponsor the Asia Generics Conference to be held in Taipei, Taiwan. It is a big conference with participants from many Asian countries, mostly pharmacists, government drug regulators, generic manufacturers and the public or consumer groups.

I was invited to be one of the panel speakers on “Generics: The Perspective of Healthcare Providers and Patients”. I was referred to the organizers by the President of the Philippine Pharmacists Association (PPhA), Ms. Leonila Ocampo, who is a friend and loves reading my articles on Philippine drug policy and other health issues. Thanks again Leonie for such referral. 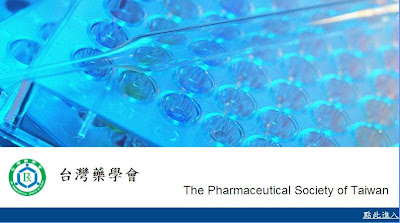 The main interest of consumers and the public is more choices. Whether they are buying clothes, food, shoes, cell phones or medicines, it is to their benefit if they can find more choices and options among the various products and brands on the same category of goods and services.

Thus, in my presentation, I will focus on government policies that expand the consumers’ choices and criticize policies that tend to reduce such choices. In the case of generic drugs, one Philippine government policy in favor of it was the Generics Law of 1988 where providing the generic name of the drugs prescribed by physicians was made mandatory. Many generic manufacturers were encouraged by this policy and so they developed their own brands on certain molecular values.

One policy though that worked against the generics, was the drug price control policy of 2009. Popular drugs by multinational innovator companies were slapped with the policy, forcing their prices to be 50 percent cheaper, resulting in the shift back to the branded innovator drugs for many patients.

But more than cheaper generics, the public and the patients also have special interest to get new drugs against diseases which have no existing medication and vaccines yet, like dengue and various types of cancer. Or more powerful and more disease-killer drugs compared to existing ones, whether patented or off-patent. Hence, the public would be interested to get those innovator drugs even if they may be sold high initially.

The most expensive drugs are those that don’t work and don’t cure the sick. They may be very cheap but if the patient does not get well, or worse, developing new diseases as the virus, bacteria, or other causes of the disease are mutating and evolving into more dangerous strains, then the initial cheap treatment may turn out to be actually expensive. Thus, early and effective treatment is important, involving not only medicines but also other preventive measures like proper diet, avoiding food, drinks, smoking and other lifestyles that can aggravate the problem.

I am excited to be part of this big regional conference, not only to impart my knowledge and perspectives on the issue assigned to me, be questioned later, but more to learn from other speakers and participants in the various panels. After all, life is all about learning, endless learning, to better improve our own lives and that of our community and society.
Posted by Bienvenido Oplas Jr at 5:54 PM

I must admit you share a tremendous amount of information regarding that center. Personally i will take care of every single word that you had mention over here.