(This is my article today in TV5's news portal,
http://www.interaksyon.com/article/29808/fat-free-economics-brownouts-expensive-electricity-and-nuclear-power) 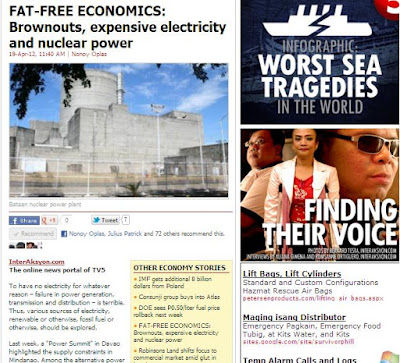 To have no electricity for whatever reason – failure in power generation, transmission and distribution – is terrible. Thus, various sources of electricity, renewable or otherwise, fossil fuel or otherwise, should be explored.

Last week, a "Power Summit" in Davao highlighted the supply constraints in Mindanao. Among the alternative power sources that were proposed by some sectors was nuclear energy.

Many of the sources of public fear about nuclear power are more fiction than reality. These include: (1) nuclear power is highly dangerous to human lives, resulting in thousands of deaths in case of a meltdown; and (2) many countries around the world shun nuclear power because of the high risks involved.

On the first fear, nuclear power actually has the least casualties compared with all other energy sources. Death or contamination from nuclear plants is lower than death from road accidents or from smoking-reIated diseases.

The worst accident was in Chernobyl, Russia in 1986. After that, no major nuclear accident occurred. Even the Three Mile Island accident in the US produced zero casualties. The Fukushima accident last year after the huge earthquake-tsunami in Japan resulted in very few, if any, casualties.

Our neighbors Vietnam, Thailand, Indonesia and Malaysia have two or more proposed reactors and would have these ready soon. And this could be a shocker for some people: petroleum giant Saudi Arabia is proposing 16 nuclear reactors.

One fear about reviving nuclear power in the Philippines is securing those reactors from terrorists. But should a nuclear plant be built in Mindanao, it should be in relatively safer places like Davao or Misamis Oriental, obviously not Basilan, Cotabato or Sulu. I also think that it is standard operating procedure that the walls of any nuclear reactor are super-strong. Not even bazooka or tank shells can penetrate them.

We need to explore more power sources, especially those that do not need taxpayers’ subsidies to make them affordable. Let more power plants from more companies come in and let the players compete with each other in producing stable, more affordable electricity.
-------

Meanwhile, here are the two tables that were not accommodated in the article due to space constraints: 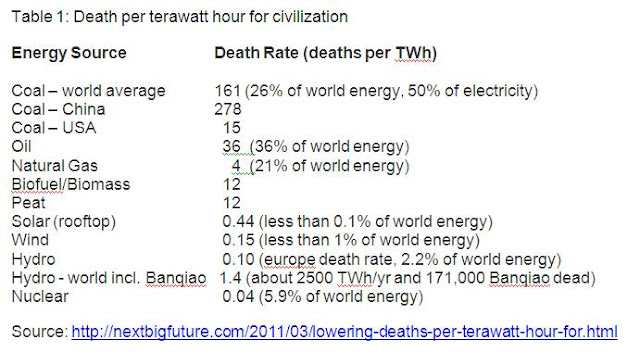 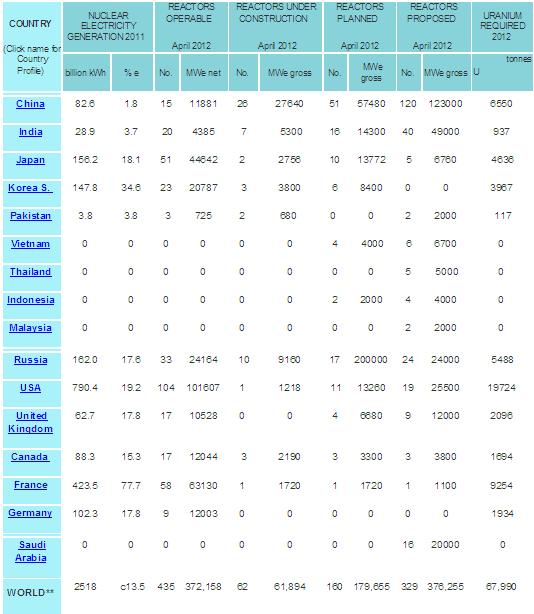