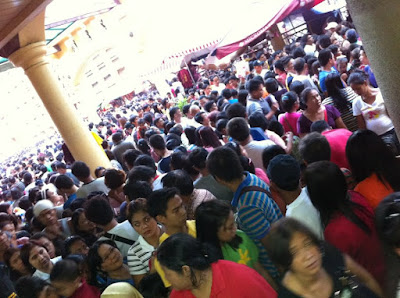 The National Statistics Office (NSO) release the results of the May 2010 nationwide census of Philippine population only last week, April 04, 2012. I will limit commentary here and make a separate discussion later why there was a big delay in the release of the results even if the NSO has submitted the census results to the Office of the President by late 2010. For now, I will just give the data.

For a complete list of provinces and chartered cities' population, see here,
http://www.census.gov.ph/data/pressrelease/2012/PHILS_summary_pop_n_PGR_1990to2010.pdf

Central planners in government -- local, national and multilaterals, foreign aid -- always look at population data with keen interest. They need to plan how many schoolbuildings, hospitals, public markets, etc. to build, how many public school teachers, public health professionals to hire, and so on. Politicians plan their campaign strategies based on population statistics per precinct, per sitio, per barangay, per municipality or city, per province.
-------